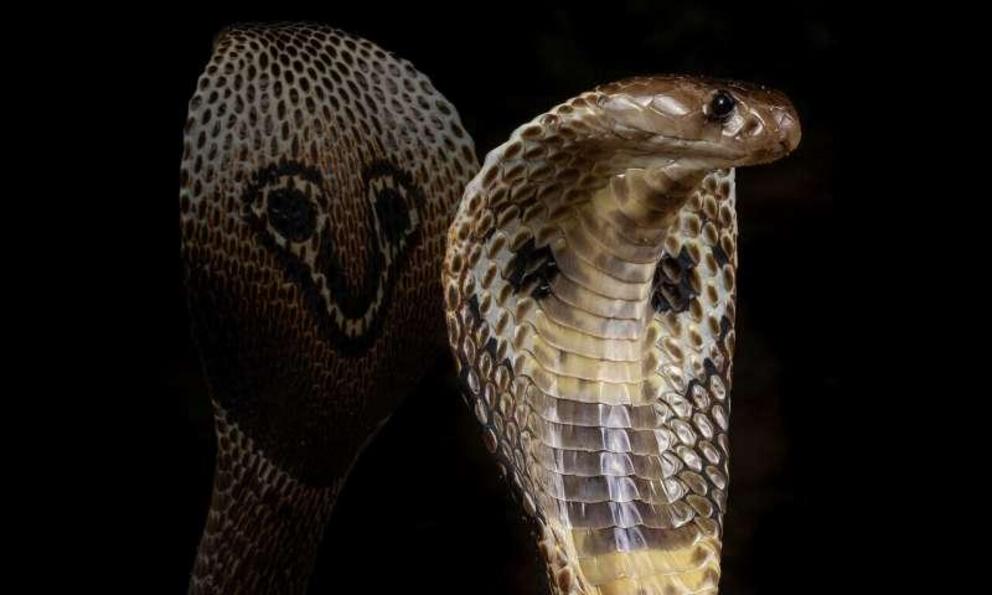 A large international team of researchers affiliated with corporate and academic institutions has sequenced the genome of the Indian cobra. In their paper published in the journal Nature Genetics, the group describes their goal of using the sequenced genome to develop an antivenom.

Every year, approximately 5 million people around the world are bitten by venomous snakes—approximately 400,000 lose limbs and 100,000 lose their lives. Scientists have identified what they call “the big four” of snakes—the four species of venomous snakes that inflict the most harm. They are, the common krait, the Russell’s viper, the saw-scaled viper and the Indian cobra. Scientists have worked for many years to develop an antivenom for each of these snakes, but have thus far come up short. The current method involves injecting a small amount of venom into an animal such as a horse and collecting the resulting antibodies—an approach that is both expensive and prone to errors. The scientists with this new effort began with the idea of sequencing the genome of the Indian cobra hoping that it would lead to the development of an antivenom based on synthetic recombinant venom built from proteins.

The researchers employed a variety of long-read and short-read sequencing technologies. They also used chromosomal contact data and optical mapping. In all, they used tissue from 14 different cobras, which they used to predict 31,447 transcripts and 23,248 protein coding genes. Because they were interested in the genome data that was associated with venom production, they annotated genes relevant to venom glands and closely studied the genomic organization of the gene families that were encoding toxin proteins involved in venom glands.

They found 19 genes that were associated with toxin production in the venom gland. Using mass spectrometry, they were also able to verify the proteins that were produced due to the gene . As an aside, they compared what they found with available data on prairie rattlesnakes—in so doing, they determined that 15 of the toxin genes they found were unique to the Indian cobra. The researchers suggest their findings could allow for research to commence on the development of a synthetic recombinant venom for use in creating an antivenom.

Advertisement. Scroll to continue reading.
In this article:antivenom, Indian conra