India plans to launch a test unmanned mission with a Viom Mitra robot on board in December 2020.

The Indian Space Research Organization (ISRO) for the first time showed a prototype of a half-humanoid robot that they plan to send into space as part of the ambitious Gaganyaan national program, informs Times of India.

First half humanoid that will be a part of @isro Gaganyaan unmanned mission. Humanoid will take off into space this December 2020 pic.twitter.com/BLHFNZNv3S

The humanoid robot’s name is Vyom Mitra (Vyommitra: viom (translated as “space”) and mitra (“friend” or “deity”). According to Vyom Mitra herself (this is a female robot and she can speak both English and in Hindi), she is able to “imitate” the activities of astronauts, conduct conversation and answer questions.

As ISRO scientist Sam Dayal explained, Viom Mitra is considered only half humanoid, since she has no legs, she can only lean sideways and forward. “The robot will conduct experiments and liaise with the command center,” the representative of the Indian Space Agency added.

They plan to send a female robot into space at the end of 2020 – this launch will mark the first unmanned flight of the Indian spacecraft Gaganyaan as part of the eponymous program. The second unmanned launch with Viom Mitra on board is scheduled for June 2021, and the Indian astronauts themselves can go into orbit before the beginning of 2022.

“Our country has made great strides in space. But our scientists have a dream. In 2022, when the 75th anniversary of independence approaches, an Indian – no matter whether a man or a woman – will go into space with a three-color flag in his hands, ”said the country’s Prime Minister Narendra Modi in 2018.

Advertisement. Scroll to continue reading.
In this article:humanoid robots, India 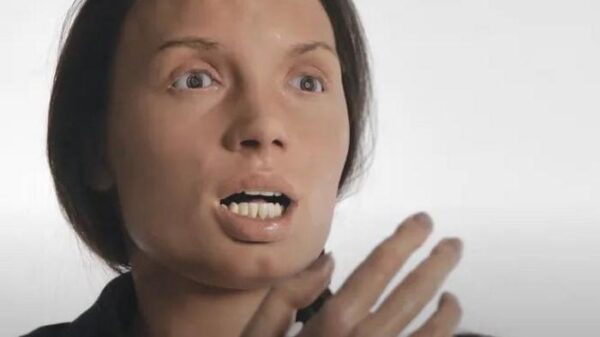 Thanks to companies like Boston Dynamics, we now have robots that can climb stairs, parkour, and even perform backflips. But making machines indistinguishable from humans...