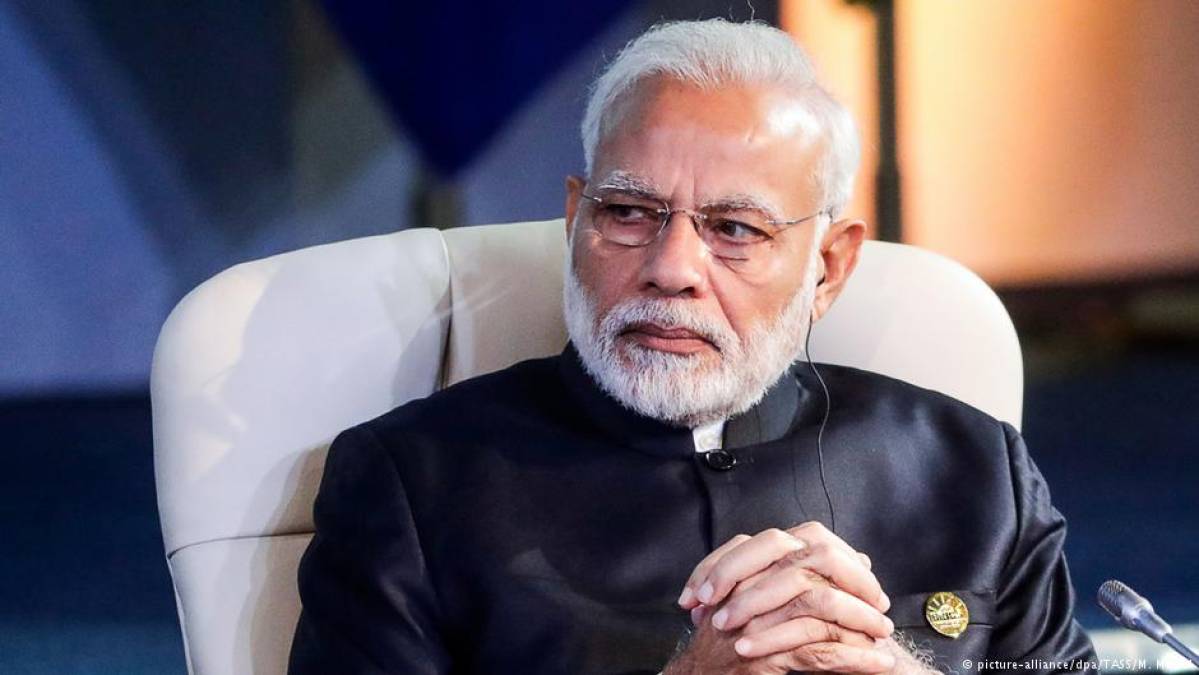 Indian Prime Minister Narendra Modi has claimed his forces shot down a low-earth satellite in a pre-planned test. Such capabilities raise fears of a weaponization of space at a time of rising tension with Pakistan.

Indian Prime Minister Narendra Modi said on Wednesday that his country’s forces had shot down a low-orbit satellite as part of a test exercise.

Modi said he was proud of his scientists and congratulated those behind the mission. He said the exercise proved India had become a “space superpower,” bringing it in line with the US, Russia and China.

Although Modi said the test exercise, deemed “Mission Shakti” (Hindi for “power”), was not aimed at any one country, the announcement could inflame tensions with Pakistan just days ahead of a crucial election.

“Space is the common heritage of mankind and every nation has the responsibility to avoid actions which can lead to the militarization of this arena,” Pakistan’s foreign ministry said in a statement.

Prime Minister Modi was careful to point out that India opposes the weaponization of space, emphasizing that Wednesday’s test did not violate international law.

Indian space expert Ajay Lele underscored Modi’s claim by saying: “India is not placing weapons in space. A ground-based missile defense interceptor system was used to destroy the satellite. If some country or adversary places a satellite for intelligence or for troubling India, India now has the capability to remove such an irritant.”

Modi praised the effort on Twitter, saying it was important because it was an entirely indigenous effort. India has an ambitious space program, having launched probes to the moon and Mars, as well as unveiling plans for a manned space mission by 2022.

Polls are due to open in Indian elections in just days, with the vote lasting six weeks. Modi’s Bharatiya Janata Party is facing a challenge from opposition leader Rahul Gandhi’s Congress party. The nationalist leader crushed the Congress party at the last general election in 2014.

Analysts said the latest speech fell in line with Modi’s campaign message so far, in which he has presented aspirational goals for India. Modi was quoted as saying “I dream of an India which can think two steps ahead. I dream of an India that is completely self-reliant in every possible way.”

Tensions between India and Pakistan have escalated in recent months, after a militant attack killed 40 policemen in Indian-controlled Kashmir in February. Islamabad denied it was behind the attack, but India responded with a cross-border air strike against what it said was a militant training camp.

Pakistan returned fire with its own air strikes, and by shooting down an Indian plane over Kashmir. The pilot was captured and later released.

Since then, Pakistan Prime Minister Imran Khan has offered to talk with Modi over the issue. However, Pakistan has accused the Hindu right-wing leader of capitalizing on the tensions for political gain.

Advertisement. Scroll to continue reading.
In this article:India, Mission Shakti

India will send a humanoid female robot into space

India plans to launch a test unmanned mission with a Viom Mitra robot on board in December 2020. The Indian Space Research Organization (ISRO)...

The six-month course at the Banaras Hindu University (BHU) in the city of Banaras will begin in January. According to BBC reports, the course to treat ghost possession...