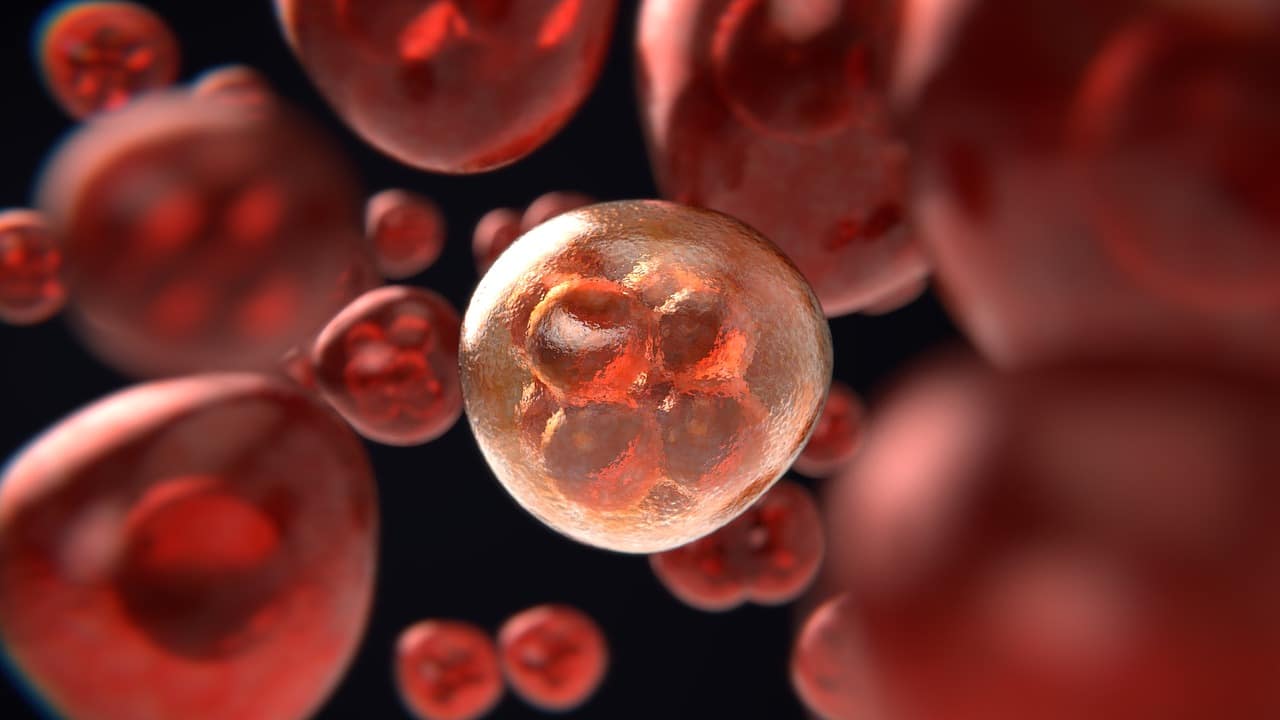 (Michael Snyder) Some of the things that are being done in the name of “scientific research” are almost too horrifying to talk about.  But it is vitally important that we shine a light on these practices, because most Americans don’t realize what is really going on.

Normally when we talk about crime, the primary focus is on the drug abuse and violence in the urban areas of our major cities.  But the truth is that often the worst crimes are committed by “doctors”, “scientists” and “researchers” wearing white lab coats.  The experiments that I am about to share with you are incredibly disgusting, and I apologize for this in advance, but the only way that they will stop is if they are fully exposed.  And since these experiments are funded by our tax dollars, the nation as a whole will ultimately be held accountable for the great evil that is taking place.

Earlier this year, the Trump administration ended “all internal National Institutes of Health (NIH) experimentation using aborted human fetal tissue”, and when that happened many came to the conclusion that the problem had been solved…

This summer, the Trump Administration made the commendable decision to terminate all internal National Institutes of Health (NIH) experimentation using aborted human fetal tissue. It also canceled a controversial $2 million contract between the NIH and the University of California, San Francisco (UCSF) which required two healthy human fetuses per month from elective abortions to be used for disturbing and unnecessary taxpayer-funded medical experimentation on animals.

Unfortunately, the experiments that were canceled represented only a very small fraction of the federally-funded human fetal tissue experimentation that is going on around the nation.  The White Coat Waste Project and Pro-Life San Francisco teamed up to investigate, and they just shared what they discovered in a joint op-ed in the Washington Examiner…

Our organizations — White Coat Waste Project and Pro-Life San Francisco — recently analyzed NIH spending data and related scientific publications. Unfortunately, we’ve discovered that the canceled projects are just the tip of the iceberg. While the administration’s June decision ended NIH’s internal human fetal tissue experiments and the UCSF contract it funded, it did not halt another 200 projects outside of NIH using human fetal tissue that received a combined $115 million in taxpayer funds from NIH in 2018.

115 million dollars is an enormous amount of money, and a tremendous amount of good could be done with a sum that large.

But instead, that money is being used to conduct extremely sick experiments in secret laboratories all over the United States…

Here’s how it works: First, babies are terminated at abortion clinics in university-affiliated hospitals. The remains of these unwanted children are harvested for research. College professors, eternally hungry for lucrative federal grants, solicit NIH funds earmarked for nightmarish human fetal tissue research on animals. Its big business, which is why it’s no surprise that UCSF has openly stated their hostility to any restrictions on fetal tissue research.

For instance, at UCSF, the abortion training capital of the US, experimenters recently used a $2 million government slush fund to transplant intestines removed from 18-24 week-old aborted fetuses onto the backs of 6 to 8-week-old mice. In other bizarre Frankenstein study funded by taxpayers, UCSF implanted intact reproductive tracts from 9.5 to 22-week-old human fetuses, including from a pair of aborted twins, into mice dosed with synthetic estrogen.

Before we proceed, let me ask you a question.

What do you think a nation that does such things deserves?

And nobody in the federal government can claim ignorance, because these practices have been debated on Capitol Hill repeatedly.  In fact, during a congressional hearing last December the director of the NIH openly defended these practices…

He said: “There is strong evidence that scientific benefits come from fetal tissue research, [which] can be done with an ethical framework.”

They all know what is going on, and yet this funding keeps getting approved on the federal level year after year no matter which political party is in power.

Overseas, the experiments are even more bizarre.

For example, over in China a team of scientists recently made headlines all over the world after they created “a hybrid human-monkey embryo”…

Scientists have successfully formed a hybrid human-monkey embryo – with the experiment taking place in China to avoid “legal issues”.

Researchers led by scientist Juan Carlos Izpisúa spliced together the genes to grow a monkey with human cells.

We are talking about “Planet of the Apes” type stuff, and it is happening right out in the open.

And as time goes on, criminals in lab coats will be combining human genetic material with all sorts of different creatures.

In fact, the Japanese government has now officially approved the creation of “rat-human hybrids”…

Human-animal hybrids are to be developed in embryo form in Japan after the government approved controversial stem-cell research.

Human cells will be grown in rat and mouse embryos, then brought to term in a surrogate animal, as part of experiments set to be carried out at the University of Tokyo.

Supporters say the work – led by renowned geneticist Hiromitsu Nakauchi – could be a vital first step towards eventually growing organs that can then be transplanted into people in need.

Of course it is theoretically possible to combine the genetic material of dozens of different creatures into one “super creature”, and given enough time it is inevitable that scientists would cook up all sorts of bizarre hybrids in their labs.

As I have repeatedly warned my readers, just about every sort of evil that you can possibly imagine is exploding all over the world, and what I have talked about in this article is definitely a great evil.

If we really want to deal with the evil that is plaguing America, I would suggest that the streets of our inner cities are not the first place to start.  Sadly, the truth is that many of our politicians, scientists and “researchers” are a much bigger problem, and it is probably extremely unlikely that they will ever be held fully accountable for the atrocities that they have been committing.

Michael Snyder is a nationally-syndicated writer, media personality and political activist. He is the author of four books including Get Prepared Now, The Beginning Of The End and Living A Life That Really Matters. His articles are originally published on The Economic Collapse Blog, End Of The American Dream and The Most Important News. From there, his articles are republished on dozens of other prominent websites. If you would like to republish his articles, please feel free to do so. The more people that see this information the better, and we need to wake more people up while there is still time.

In this article:hybrid embryos, secret experiments 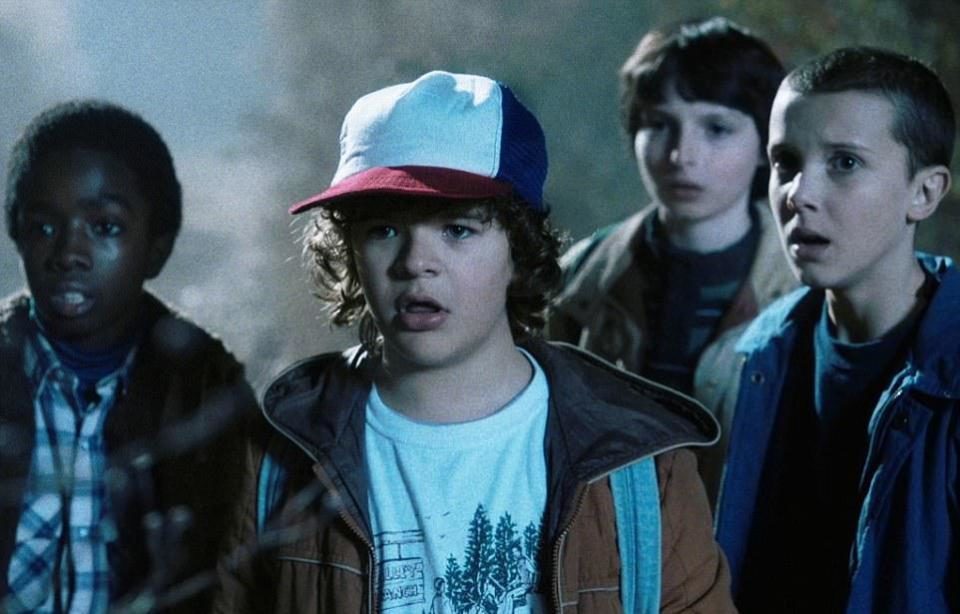 A US military base that inspired hit drama Stranger Things is using secret mind control experiments to trigger deadly shootings by a worldwide army...