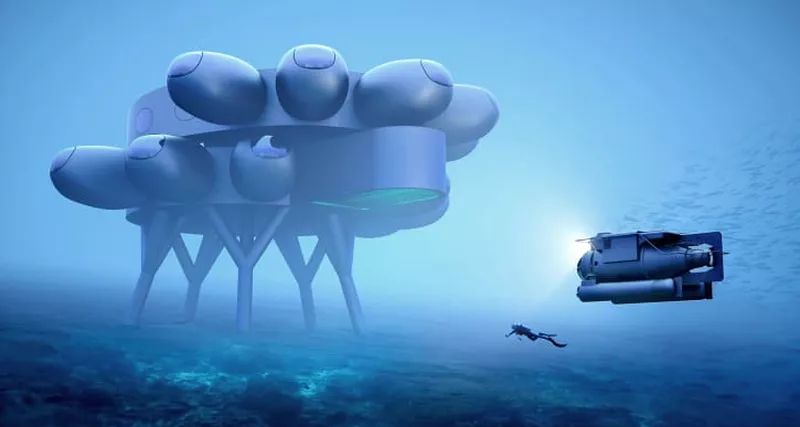 Fabienne Cousteau is an aquanaut and active protector of the ocean. Curiosity about the marine world was passed on to him from his grandfather, the legendary ocean explorer Jacques-Yves Cousteau. A dedication to an almost family cause prompted Fabien Cousteau to build the equivalent of the International Space Station ( ISS) on the ocean floor!

The world’s largest underwater research laboratory is going to be built near the island of Curacao in the southern Caribbean Sea in three years. It will be designed to explore the ocean.

Most recently, the Aquanaut collaborated with industrial designer Yves Behar to unveil a bold concept for a 1,200 square kilometer lab called Proteus. The goal of such an underwater station is to provide scientists (a team of up to 12 people) with unique access to the ocean floor. At the moment, it is planned to build such a laboratory in just three years.

The laboratory project turned out to be memorable. The most striking design element is a series of protruding “bubbles” that seem to stick to the building. It is envisaged that each such capsule will have a different purpose, ranging from medical compartments to laboratories and personal premises.

“We wanted it [the station] to be new and different, inspiring and futuristic.” the designer told in an interview with CNN. “So we looked at everything from science fiction and modular housing to Japanese hotels.”

As for the internal equipment of Proteus, then the team says that the station will install the world’s first underwater greenhouse, designed to grow food for those who are there. Energy will come from renewable sources.

“Ocean exploration is 1,000 times more important than space exploration for our survival, for our journey into the future,” Cousteau said. “This is our life support system. This is the very reason why we exist in the first place.”

Submarine stations allow scientists to dive into the ocean at any time of the day without requiring a lot of decompression time. Like astronauts in space, researchers can stay underwater for days or weeks. Today there is only one station of this type – “Aquarius” – located under the Florida Keys in the southeastern United States. Others, such as the experimental SEALAB I, II and III created by NASA , were built for single missions .

According to CNN, space research receives significantly more funding than ocean research. This is despite the fact that humans have only explored about 5% of Earth’s oceans.