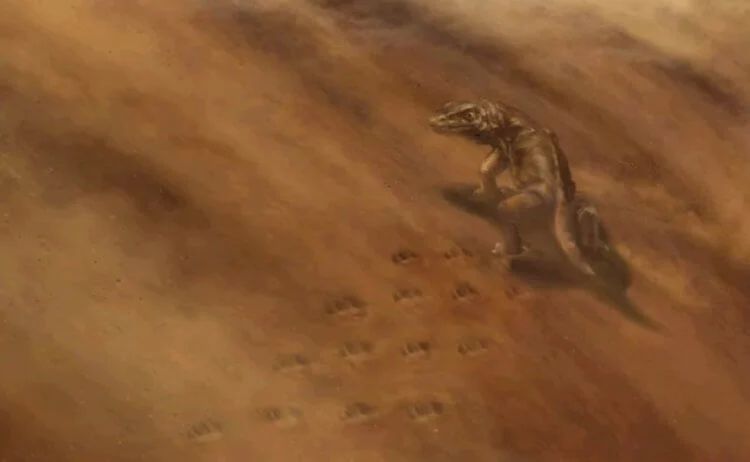 On the territory of the American state of Arizona is the Grand Canyon. This is one of the largest and deepest valleys that is cut by the Colorado River – its length is 446 kilometers, and the maximum depth was noted in the region of 1857 meters.

Due to its antiquity, it has retained the traces of many ancient plants and animals. Many of these tracks were in plain sight, so there was no particular problem finding them. But most of the ancient fossils still remain hidden from human eyes, so that the discoveries in the Grand Canyon have not been made for a long time.

In 2016, nature itself gave scientists a clue – then, a huge boulder broke off from one of the rocks and fell to the ground. On its surface, researchers managed to find traces of unknown animals over 300 million years old.

Mysteries of the Grand Canyon

As in many other similar cases, the discovery was reported in the scientific publication Science Alert. A huge boulder with a surprise was found on the Bright Angel Trail, which stretches across almost the entire canyon.

According to paleontologists who study the lives of ancient animals, if the boulder had fallen elsewhere, or not at all, they would never have made this discovery. That is, it was made solely due to a happy coincidence of a number of circumstances. Isn’t it a hint from nature? But the discovery is really worthy of attention.

Boulder that fell in the Grand Canyon

The discovered animal tracks are of interest to science for three reasons. First, these are the oldest animal footprints known to science that have ever lived in the Grand Canyon – their age is estimated at 313 million years.

Secondly, these are the oldest traces of animals that multiplied by laying eggs. Third, scientists now have the earliest evidence that vertebrates have long been able to navigate sand dunes. And all because millions of years ago the Great Canyon was strewn with sandy hills, along which it is very difficult to move.

This is how the vastness of the Grand Canyon looks like

The first pair of marks was most likely left by the so-called basal amniotes. This is the name of one of the first vertebrates that walked on four legs. It is believed that they stand at the very base of the evolutionary tree of reptiles, also known as reptiles.

In general, we are talking about the distant ancestor of modern turtles, crocodiles and similar creatures. Judging by the paw prints, the animal moved forward, gradually leaving to the side. The ancient creature used a horizontal sequence gait that climbed the side of a dune in a diagonal line.

The skeleton of one of the ancestors of modern reptiles

What exactly was associated with the unusual gait of the animal is not known exactly. The first version says that the slope of the dune was too steep and it was easier to climb diagonally than straight. Adherents of the second version are sure that during the rise of the ancient reptile, a strong wind was blowing in the Great Canyon.

We do not know what species the animal belonged to, what was its body weight and what other features it possessed, but the wind could indeed change its route.

Another pair of footprints was found on the huge boulder. In this case, the animal was no longer moving diagonally, but straight ahead. To what species it belonged, scientists are not yet clear either. At the moment, the researchers assume that the paws belong to a mysterious creature of the Chelichnus species.

Its fossils were first found in Scotland and were mistaken for the remains of a turtle. Very few bones have been found, so it is still impossible to fully recreate the appearance of the ancient creature. But the find in the Grand Canyon will probably reveal at least a little the veil of secrecy.

In this article:Chelichnus, Grand Canyon 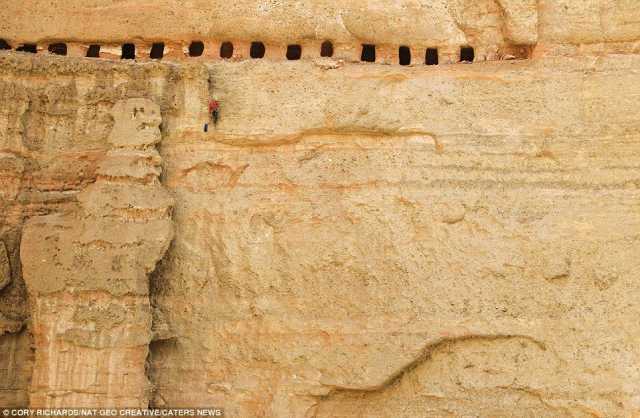