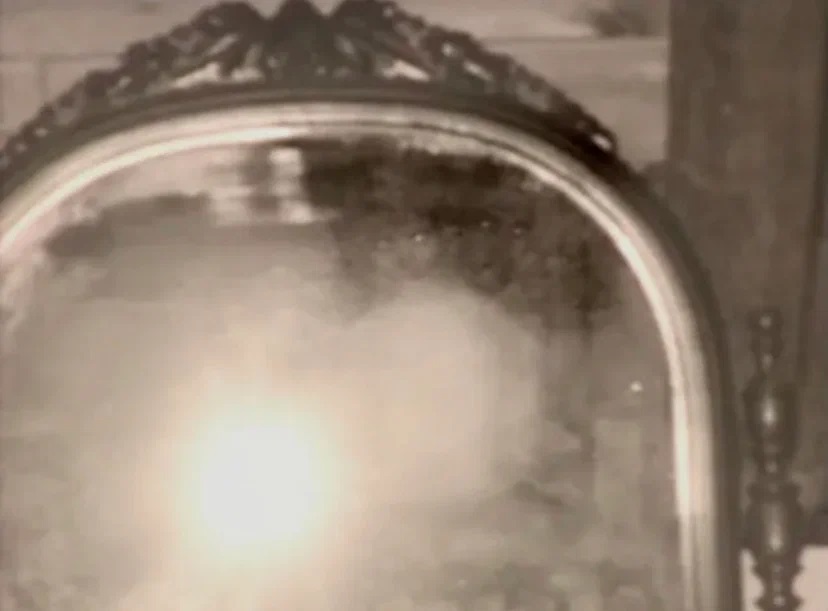 For four years, the Lee family rented a home in densely populated woods northeast of Colorado Springs before finding a spacious two-story log home in the thick of the woods.

What they didn’t know was that the house’s former tenant was convinced the house was haunted, but didn’t tell them anything about it. An unsuspecting Steve Lee bought the property in 1992, and within a week, their lives turned into a living hell.

“We got home one day,” Beth Lee (Steve’s wife) said, “We had lights flashing in every room, and the sound from the roof was like a few people stomping. We lay in bed at night and heard the chains rumble. One night we woke up and heard the music of the orchestra. Strange things began to happen every day.”

Their sons complained about strange lights and shadows in their rooms, lights and appliances began to turn on and off by themselves, and untraceable chemical odors burned the eyes and throats of family members. Steve Lee, a 34-year-old professional truck driver, believed that someone was trying to scare his family out of their new home. But it wasn’t.

The head of the family decides to film it all

He installed a $70,000 state-of-the-art security system with CCTV and motion detectors, although the system frequently sounded alarms, no one was in the house. Over the next four years, they will have sixty-two unexplained cases of poltergeist. They reported this to the police, but the police have already stopped responding.

Steve noticed that photos and videos taken of certain locations in the house showed strange light streaks running across the screen, and sometimes translucent faces even appeared on the film. Three parts of the house seemed particularly susceptible to these unusual effects: the outer wall next to the satellite dish, the living room, and the master bedroom upstairs.

This video was filmed at Steve Lee’s house

No matter what camera or film he used, Steve captured plenty of evidence of unexplained light phenomena, which included brilliant beams, floating balls of light, and glowing outlines of people and animals.

Sometimes the mysterious lights could be seen with the naked eye, although most often they lasted only a fraction of a second and only appeared on film.

Steve and Beth finally agreed that something paranormal might be going on in their house, and in early 1995 they submitted a video to the TV series ‘Watching‘. The show investigated Lee’s property on three separate occasions, and the producers considered it one of the most interesting and well-documented cases of the paranormal. In November 1996, Lee was invited to investigate their property by Dennis William Hauk.

Three months ago, Lee asked State Senator Charles Duke to investigate with his own equipment. He was able to capture a strange cloud that he said looked like a dog, a phenomenon that has been repeatedly photographed at the site and which Steve believes may be his own dog, who died ten years ago.

I was also able to capture this “flying dog” on film, as well as the frightening face of another ghost, perhaps the “old woman” described by some witnesses. Like most researchers who visit Lee’s home, I experienced unexplained equipment problems and strange physical sensations. I also measured intense electromagnetic activity on an electromagnetic instrument.

The Lee family invited more than thirty different specialists to their place, including paranormal investigators, private detectives, psychics and quantum physicists. Some scientists have stated that the light forms recorded on the tape do not behave according to the accepted laws of physics.

They continued their own research on this house and concluded that the house qualifies as one of the most “haunted” houses in the country and the family that lives there are honest and tell the truth.

In this article:poltergeist, Unexplained Phenomena

Don’t Believe In Ghosts? These Chilling Stories Might Just Change Your Mind: Five Writers Reveal Their Own Spooky Encounters

Comedian Jennifer Saunders sent a few shivers down spines recently — and exposed herself to ridicule — when she confessed that she believes in...