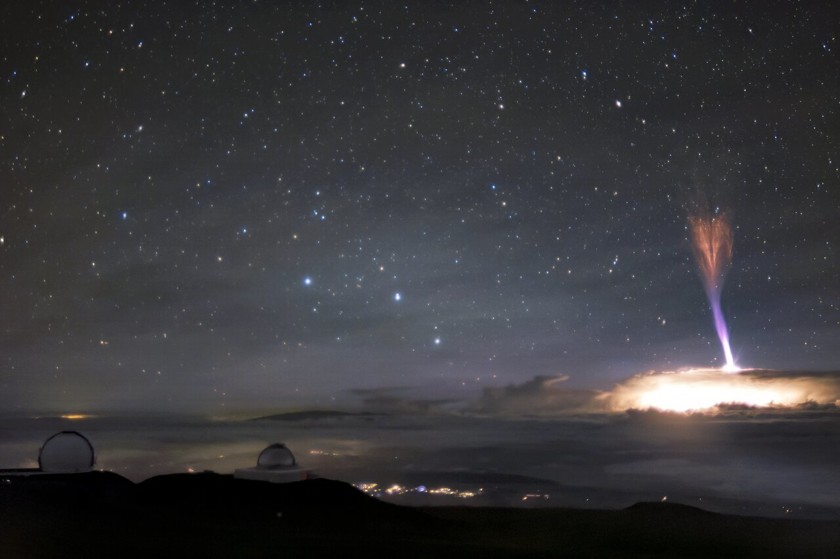 A pillar of blue and red lights surrounded by bright flames of white light looks like an element from a science fiction movie. Find out what’s shown.

The frame was captured by the Gemini North telescope camera at the Gemini Observatory, located on the shield volcano Mauna Kea. The photo was published by the National Research Laboratory for Optical Infrared Astronomy (NOIRLab).

The picture shows special types of lightning – a red sprite and a blue stream. They appear as a single column of light on the right side of the frame.

Sprites are electrical discharges of cold plasma, something like lightning in the mesosphere. They can appear during very strong thunderstorms at high altitudes – from 50 to 130 kilometers. The peculiarity of lightning jets is that they seem to shoot up from thunderclouds. Such lightning can reach a height of 50 km in the stratosphere.

Both phenomena do not last long – a matter of milliseconds, so it is rarely possible to capture them on camera. In addition, they are usually hidden from view by storm clouds. It is known that the camera that has captured the unique phenomenon in the sky is capable of taking a photo every 30 seconds.

The world conspiracy community has very little faith in all these “jets” and “sprites”, since these “unique natural phenomena” are now being filmed at every corner of our planet. For example, on February 25, a “turquoise jet” was observed in Azerbaijan:

On February 20, the “rainbow jet” was observed in Peru:

People all over the world see these kind of “jets” every day, which was not the case before, so we are talking, at least, about some new atmospheric phenomenon.

We do not know what was shining in the mountains in Azerbaijan, but the optical effect in Hawaii is some kind of local outbreak of electricity.

Therefore, given that the glorious NSF NOIRLab observatory stands right on the top of the volcano, of which there are many around, we, in the place of astronomers, would not admire the beauty of the electrical phenomenon, but would think about evacuating the island. Fortunately, we are not astronomers and we are far enough from the Hawaiian Islands. 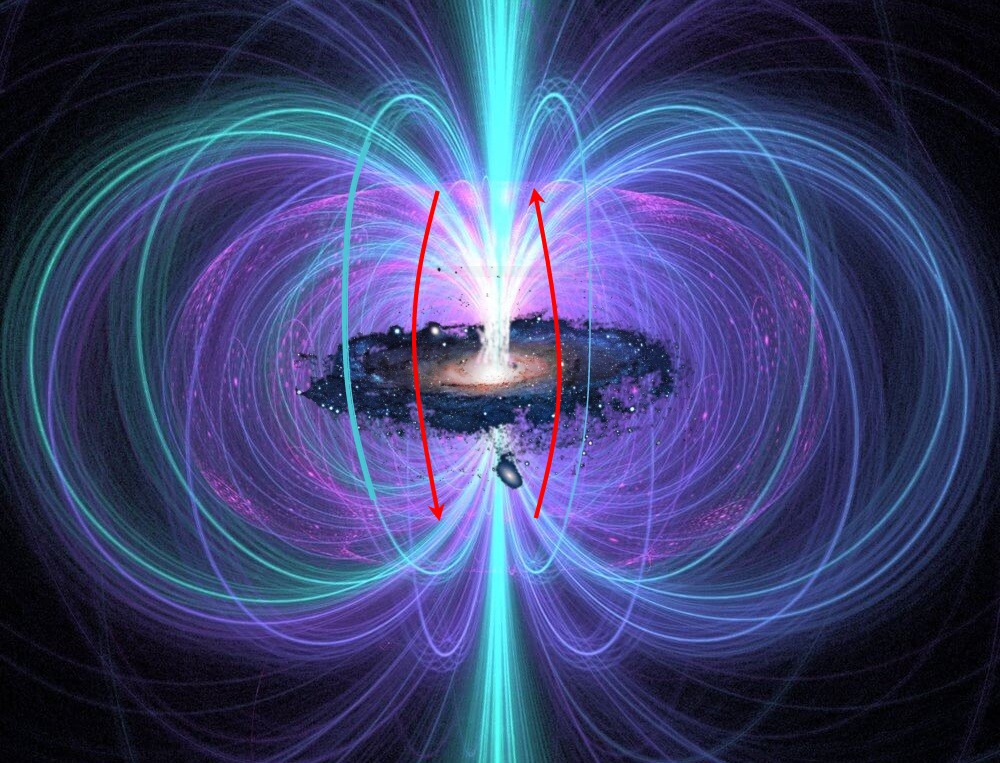