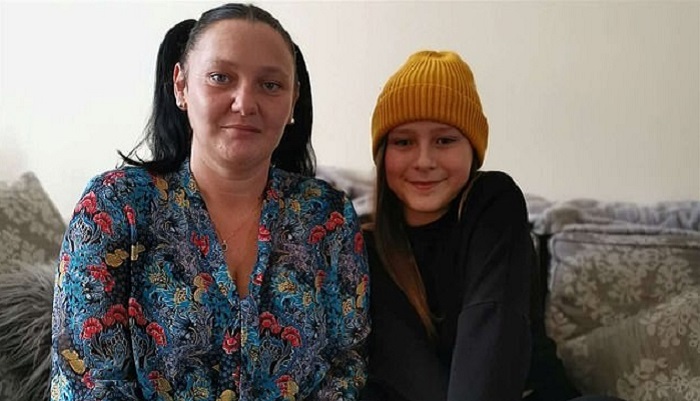 12-year-old Ashley Lamin was born a boy and by the age of 8, her name was Ashton. Ashley lives in Kent, England.

Recently, with the full approval of the doctors, the child begins to take hormonal pills – blockers of puberty.

These pills will not allow Ashley to become a man because she consciously considers herself a girl. He wants to “lie under the surgeon’s knife” at the age of 18 so that he can transform his boy’s body into a girl’s body.

Ashley Lamin is one of the youngest UK teenagers to receive hormone medication. This immediately caused much controversy in the community.

Critics are sure that children of this age cannot even understand what they want, and that Ashton’s desire to become a girl is simply a fad.

In justification, Ashley’s mother, 43-year-old Terry Lamin, assures critics and reporters that her son was considered a girl from a young age. She also says that if the child is mistaken, then Ashley has up to 18 years to refuse surgery and medication.

Critics respond that the body will already be seriously damaged by hormonal drugs, whose effects on these young organisms have not yet been fully studied.

At the age of 5, Ashton doesn’t like his genitals and he urges his mother to remove them. When he was told that this was not right, he asked why he needed them after all.

Ashton did not like to wear pants and other clothes for boys. He liked to dress in pink dresses and was “in love” with the princess dress he wore on his birthday.

By the age of 8, this discrepancy led to Ashton begging everyone to call him Ashley and assuring them he was born in the “wrong” body.

When doctors allowed Ashley to take blockers, it was her first major victory on her way to the “right” body.

Ashley considers herself a girl and wants to undergo a transplant surgery after a gender change surgery so she can become pregnant and have a baby later.

Such statements drive the critics crazy. They see only one child who is brainwashed with words such as “tolerance”, etc., and who exhibits ridiculous “whims”. According to them, the child should visit a psychologist instead of being allowed to prepare for a dangerous operation.

“At three, Ashley told me it was my fault she was a boy. I felt terrible. Then I just agreed with her. It’s important to me that my child is happy. “

Terry Lamin has seven more children (!), So it is not difficult to understand why it is more convenient for a woman to agree with the child’s words instead of continuing to confront him.

Ashley had no particular problems at home when she was wearing girls’ clothes before school. But when she started going to school in girls ‘clothes and using the girls’ toilets, conflicts arose with the parents of other children. To them, it was all too strange and unusual. They even stopped inviting Ashley to children’s parties.

At the age of 11, Ashley goes to high school, where she becomes a target for a group of children who offend her and throw away her things. Ashley had to undergo home schooling.

Because of all this, Ashley becomes very anxious and even thinks about suicide. She asked her mother why all this was happening to her and stated that she hated herself.

The woman began to guide the child to various doctors. After all, they ended up at the Clinic for Gender Dysphoria.

It is there that the child’s hormones are prescribed, which Ashley will take at least until the age of 18.