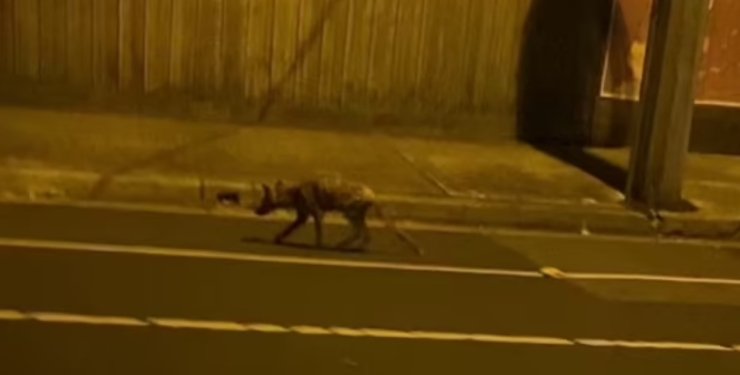 Photo: Daily Mail In Melbourne, locals were able to photograph a creature that looks very much like an extinct Tasmanian wolf.

In the Australian city of Melbourne, locals were able to photograph a creature that looks very much like a marsupial that disappeared almost 100 years ago.

One of the locals, TikTok user ‘andy_b11’, posted a video of the animal moving on the outskirts of Melbourne on social networks. In his comments, the Australian wrote that it is very similar to the long-extinct Tasmanian tiger, according to the Daily Mail.

The Melbourne resident noticed a gray animal with a long tail and stripes on its body, like a marsupial Tasmanian tiger. The last representative of this species died at the zoo on the island of Tasmania in 1936 but many Australians still say they saw the animal in numerous occasions.

Some commentators have suggested that the animal looks more like a fox or a skinny dog, and that the creature is not large enough for a Tasmanian tiger. Although itl does look like it has stripes on its back, they are not as pronounced as the Tasmanian tiger, the newspaper writes.

The Tasmanian tiger, or Tasmanian wolf, was a marsupial mammal of predators. Eyewitnesses described the animal as about 1 meter long and about 50 cm high. These sizes correspond to a dog or fox.

Tasmanian tigers used to live across mainland Australia about 2,000 years ago but are now extinct. The last Tasmanian tiger named Benjamin died at the Tasmanian Zoo on September 7, 1936. Since then, Australians have repeatedly stated that they have seen and even photographed this marsupial.

In 2018, a couple saw an animal they confirmed was a Tasmanian tiger near Corinna, Tasmania. Witnesses said the animal had a stiff and sturdy tail, with stripes along its spine.

Since the tiger became extinct in 1936, Tasmania’s Parks and Wildlife Service has investigated more than 400 reported sightings of tigers but none have provided definitive proof.

Advertisement. Scroll to continue reading.
In this article:Australia, Tasmanian tiger