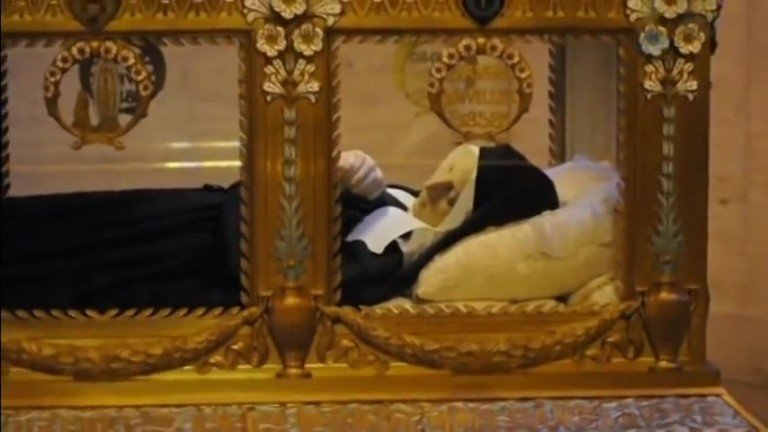 Among the saints of the Catholic Church there are those whose bodies are still preserved incorrupt. This phenomenon has not yet been explained in the scientific community. For access to the pilgrims “imperishable” placed in special glazed sarcophagi.

Below are the top 10 most famous incorruptible saints of the Roman Church.

She lived in the town of Lourdes in southern France. Bernadette was the Virgin Mary, there were only 18 appearances. Despite the fact that the Catholic Church was skeptical at first, subsequently, after a thorough canonical investigation, these phenomena were officially recognized. After death, Bernadette’s body remained incorrupt and Lourdes (and after the city of Nevers, to which the body was transported) soon became one of the main places of pilgrimage, attracting millions of Catholics every year. On December 8, 1933, Bernadette was canonized.

He was a French parish priest. He is known for his active work, which contributed to the spiritual transformation of society. After death, he is called the “patron saint of priests.” 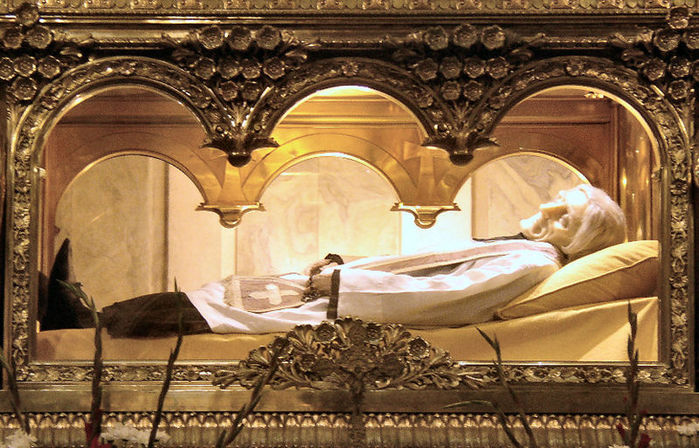 On March 19, 1934, Pope Pius XI ranked Teresa Margarita as a saint. Before that, she was practically unknown to anyone. She led a quiet and modest life in the monastery of Carmelites. Died March 7, 1770 at the age of 22 years. Two days after the death of St. Theresa Margarita in 1770, a nun of the Order of the Sacred Heart, there were no signs on the body of the deceased, which during her life turned him into a swollen purple mass. 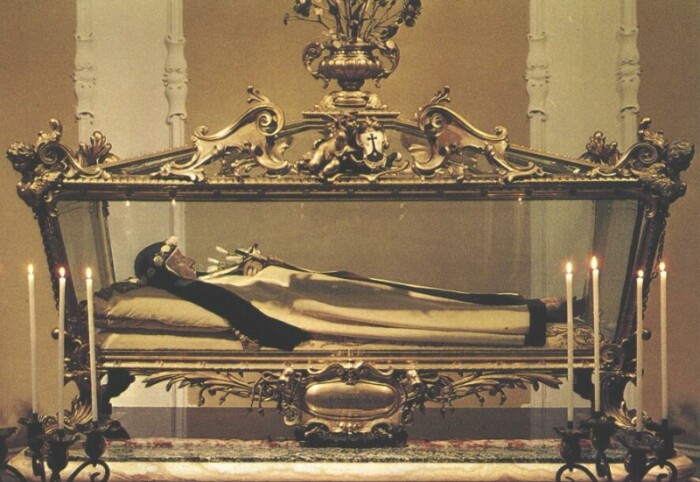 Vincent was born in 1581 in a village near Dax in a poor peasant family, studied theology in Toulouse. In 1600 he was ordained a priest. During one of the trips to the south, he was captured by the Berbers and taken to Tunisia, into slavery. In 1607, he was released and was able to return to his homeland. In 1612 he was appointed rector of a parish near Paris. One of the main merits of St. Vincent is the creation of a harmonious system for the training of priests: a pre-seminary and seminaries. Saint Vincent died in 1660 in Paris. Pope Benedict XIII proclaimed him blessed on August 12, 1729, and Pope Clement XII canonized July 16, 1737. The relics of St. Vincent are stored in the chapel, named after him, on Sevres Street in Paris. 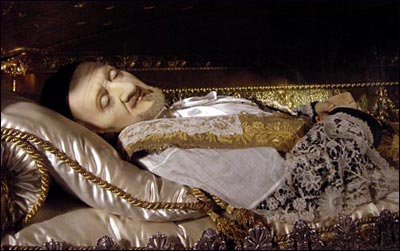 Little is known about this saint, except that he was a martyr for his faith. Given its 1,600-year-old age, it has been perfectly preserved. 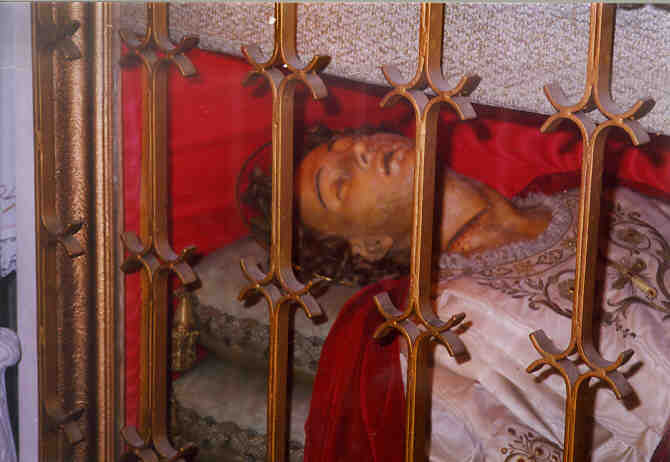 According to legend, she spoke at the age of 18 months, beginning to reproach the seller-deceiver with the words: “Show yourself from the best side, God sees you!”. In 1677, at the age of seventeen, she entered the Capuchin Sisters Monastery. The monastery went through all the steps of the monastic hierarchy from the cook to the abbess. In 1694, she experienced mystical revelations. Three years later, on April 5, 1697 during Good Friday, she showed stigmata. After this event, at the request of the confessors, she began to keep a spiritual diary, which after her death amounted to more than twenty-two thousand pages. In this diary, she described her mystical experience of absolute union with Jesus Christ. July 9, 1727 died after a long illness. 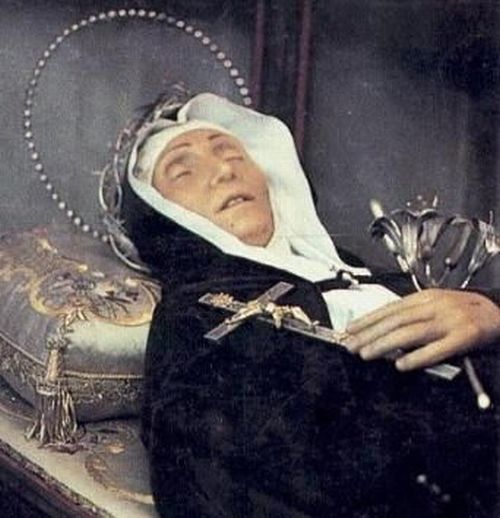 At the age of 12, she began to serve at the Fatinelli family home. For a long time, employers overloaded the girl with work, despised her simple origin, and often beat her. The constant piety and patience of Zita brought the Fatinelli family to Christian conversion. Zita considered her work a calling from God and an element of personal repentance. Zita died at the age of 60, having served 48 years to the Fatinelli family. After her death, members of this family began to revere Zita as a saint. In 1580, her body was exhumed and it turned out that the relics of St. Zita were incorrupt. They were transferred to the Basilica of St. Frediano in the city of Lucca, where they are currently stored. 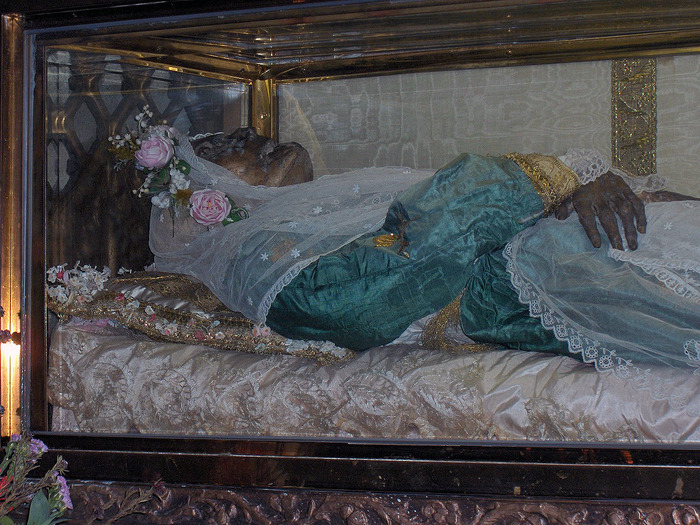 He was an Italian priest, educator and teacher. To realize his intentions of working with youth, Bosco founded the monastic society of St. Francis Salsky (now known as the Salesians of Don Bosco). 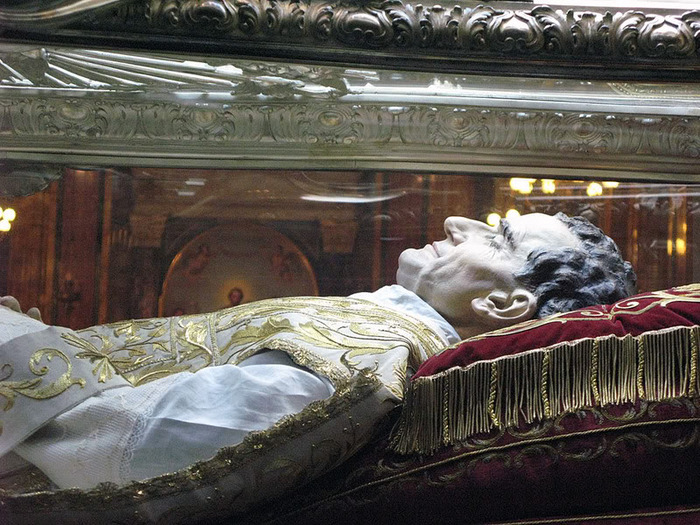 It went down in history as the Pope, who proclaimed the dogma of the Immaculate Conception of the Blessed Virgin Mary and convened the First Vatican Council, which approved dogmatically the doctrine of the infallibility of the Roman high priest. Pontificate Pius IX – the longest in the history of the Roman Catholic Church, after the Apostle Peter. It lasted 31 years, 7 months and 22 days. 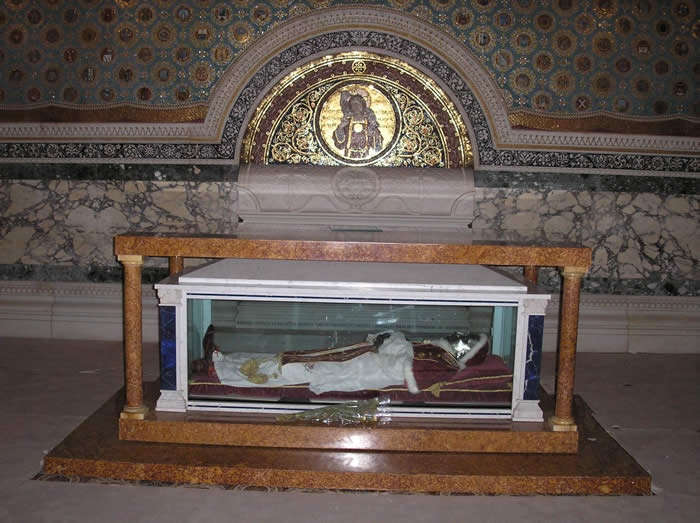 The 261st Pope, convened the Second Vatican Council, but did not live to see it end. Actually, it’s not completely imperishable, because after death it was embalmed. 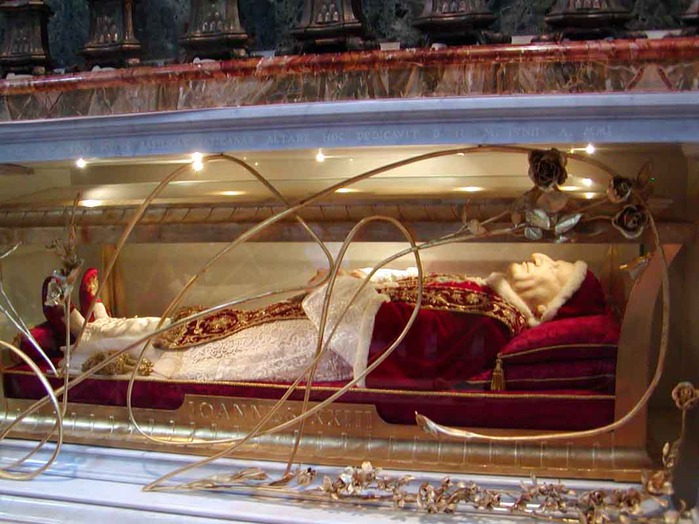 In this article:Roman Church, sarcophagi