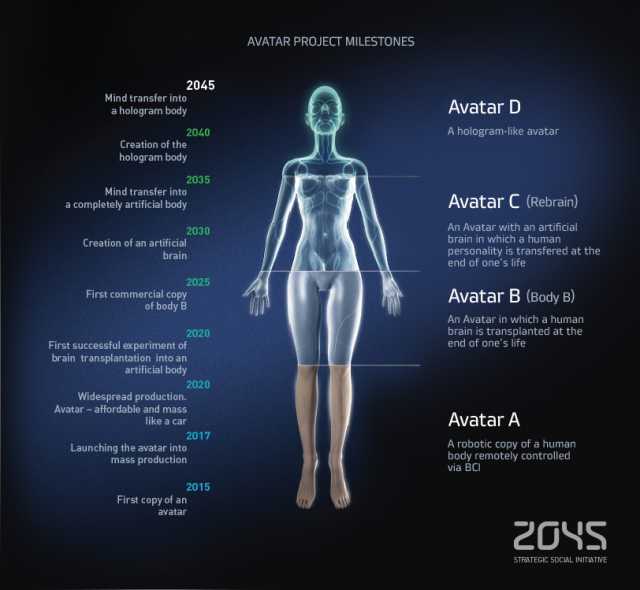 According to several thinkers, scientists, and inventors human immortality by 2045 or even as early as 2029 is not only possible, but it is inevitable. They all are currently exploring different paths to achieve this goal and are looking for more public support as well as public debate of this issue, but surprisingly there isn’t that much of it going on right now.

Given the social, political, moral, and spiritual implications of these coming new biotechnological breakthroughs and how radically they can change the lives of each and everyone of us, I believe that we all need to give this some thought, or we will be swept off our feet by all the changes that will come upon us within the next couple of decades.

In February of 2011 Time Magazine published a feature article titled, 2045: The Year Man Becomes Immortal, which described the predictions of a very well known inventor and currently Googles Director of Engineering Ray Kurzwail, who argues for some time now that we are about to approach what is called a singularity point due to exponential power of computing that we already possess beyond which we will surpass all biological limitations as a species including that of mortality.

Kurzwail envisions humanity being able to cure all major diseases such as cancer and diabetes through explosion in medical innovations for example through nano technology and robotic implants, the latter of which he points out that we are already doing, giving as an example the pacemaker for people with heart disease and brain implants for people with Parkinson’s disease.

In the future he sees us merging more and more with the increasingly powerful and intelligent machines that will serve as an extension of ourselves into an infinite future though he dislikes the term often used for it transhumanism, because he argues that this will not make us lose our humanity, but will enhance it, though many other people do not see it in such a positive way.

Kurzweil concedes to his critics that such technology as any other one invented by mankind will be a double edged sword and could be used for evil, but he warns that trying to stop it will only force it underground and thus make it even more dangerous. Instead he suggests that we must keep it all in the open and develop ways to harness it for good.

Instead of merging with the machines or transferring our consciousness onto them in order to live forever, Dr. Aubrey de Grey is working on ways that we could simply repair any damage caused by natural aging process at the cellular level. He likens it to car maintenance through which we can allow a machine (our body) that would otherwise fall into disrepair, function well way beyond its intended lifespan, so to speak.

Grey sees it as a natural consequence of medical science and technologies striving to cure illnesses. He says that when we are able to cure damage caused by aging, we will prevent the development of any disease in the first place and thus prevent death due to these damages.

Therefore according to Grey, immortality will be simply a by-product of our ability to repair any damages in our bodies.

This of course will not eliminate death by car accidents, starvation, murders and wars, but it will allow people to live up to hundreds of years of age or even more.

He predicts that even if we start doing those maintenance sessions on people in 20 years, this will allow them to live well until the next session by which time the technology will have improved and that individual then would be able to have his biological clock set to 40 years prior and would thus have his life extended by double that amount with each maintenance session extending life further and further.

While I am very wary of the Kurzweils road to longevity, I see the way of Aubrey de Grey as more plausible and less spiritually controversial as it would not alter our God given genetic code whatsoever. I can already see how great of a difference to aging process simple lifestyle choices and nutrition can make.

A couple of weeks ago I looked through a family album and at one of my Moms pictures. I realized that she was only 31 when this particular picture was taken and that I am now older than she was back then, but I look at least 10 years younger! And it wasn’t only my opinion.

Some other family members and friends said the same thing, which means that due to my healthy lifestyle, I am aging at much slower rate than my Mom. My Mom started to smoke, drink alcohol socially at age twenty as well as from even younger age she was very much given to sun tanning, all of which I don’t do, hence I am doing less damage to my body and age slower.

So, how big a difference these maintenance sessions could make? I think they could extend life spans greatly, especially if they start early in life. It sounds at once very scary and very exciting, depending on which road into the future we will take, but as these experts point out it is coming upon us and coming soon.

We cannot escape it and we should take an active role in discussing these issues and its implications sooner, rather than later.