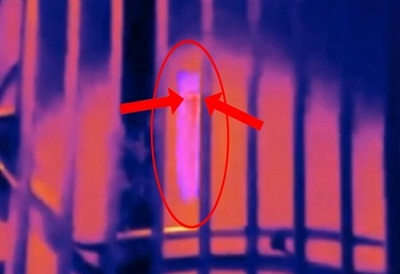 Singapore Haunted, a popular web TV series featuring a team of paranormal investigators exploring some of the most haunted locations in Singapore, has revealed new amazing evidence of the paranormal at East Coast Park’s legendary Amber Tower also know as the Yellow Tower. East Coast Park is a popular beach park in the eastern part of Singapore.

In its latest investigation, the team from Singapore Haunted returns to East Coast Park’s Yellow Tower for a special episode.

Many years ago, a girl and her boyfriend went to the Yellow Tower late at night. A group of men then beat up the boyfriend and went on to rape the girl. The girl died during the incident. Apparently the ghost of the girl still haunts the tower till today.

Last year, the team left powder on the stairs of the tower and captured amazing footprints believed to be from the same female ghost.

The evidence was aired in an episode which went on to make headlines in Singapore.

For their latest episode, Singapore Haunted Yellow Tower Revisited Special, the team decided to return to the Yellow Tower after receiving numerous emails from viewers who watched the episode of the investigation held there last year.

Viewers claimed that the paranormal entity is still residing in the tower.

Singapore Haunted producer/director IZ Darson was surprised with the team’s discovery this time.

He says, “We’ve done this show for two seasons and we are about to do our third and we’ve encountered many different types of paranormal activity but the evidence we gathered at the Yellow Tower this time has to be the most compelling evidence that points to the existence of the paranormal.”

Highlights of the investigation include this incredible thermal image of a paranormal entity.

Thermal imaging detects radiation in the infrared range of the electromagnetic spectrum. This photo shows the thermal image of a ghostly figure on the second floor of the Yellow Tower. It was captured right after one of the investigators claimed to see a female ghost which appeared to him for a few seconds. (Video time code: 15:34)

The team used various scientific equipment like night vision and thermal cameras, digital infrared thermometer, audio recorders and the K-II meter which is a form of Electromagnetic Field (EMF) detector.

Paranormal investigators believe that paranormal entities emit EMF and it’s this EMF that can be detected by the K-II meter.

Other incredible evidence include 2 EVP (electronic voice phenomenon) recordings of the voice of the female entity.

Both EVPs were followed by intense EMF activity recorded by the K-II meter.

The full investigation can be viewed online. 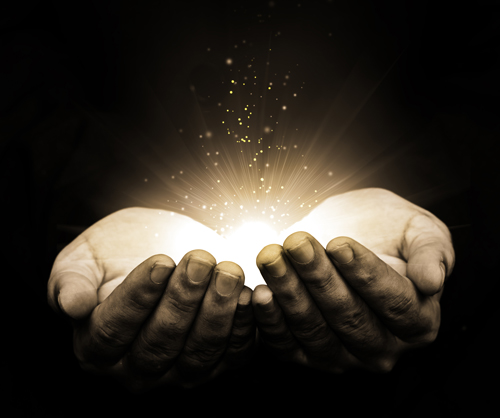