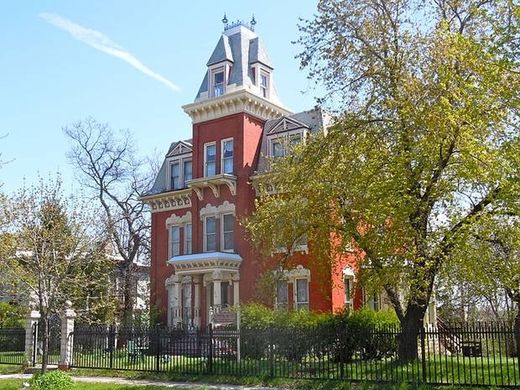 If you’ve always dreamed of owning a mansion but don’t have the funds required to make it a reality, then this property on the market in Illinois could be just the ticket.

Built in 1882, the three-storey, red-brick building in Joliet covers 4,960 square-feet and is on the United States’ National Register of Historic Places.

But as the saying goes, if it sounds too good to be true, that’s probably because it is – the sprawling residence is also said to be haunted, Patch.com reported.

The house was bought by real estate broker Brian Kearney in 2004. Two years later football players from the University of St Francis rented out the building and threw a party.

But during the festivities a 19-year-old man called Steven Jenkins was shot dead.

Within a year of the murder, local historian and John Wilkes Booth impersonator Seth Magosky bought the large house – he planned to open the P Seth Magosky Museum of Victorian Life & Joliet History.

But less than six months later he died suddenly at the age of 39.

And some people believe the two men – as well as the original Scutt inhabitants – live on in the house.

In 2010, Edward Shanahan, a spiritual observer, psychic reader and paranormal host wrote a blog post for Chicago Now in which he described the mansion as a “paranormal gem”.

He wrote: “The years that have past, has seen many human tragedies within its four walls, from sudden deaths to a murder in the past that have left their emotional energy in the place.”

However, real estate agent Marcia C Cronin told Patch.com that an energy reader had said the mansion is not haunted.

So, it looks like the jury’s out. Either way, it’s a bargain.

In this article:haunted mansion, Hiram B Scutt 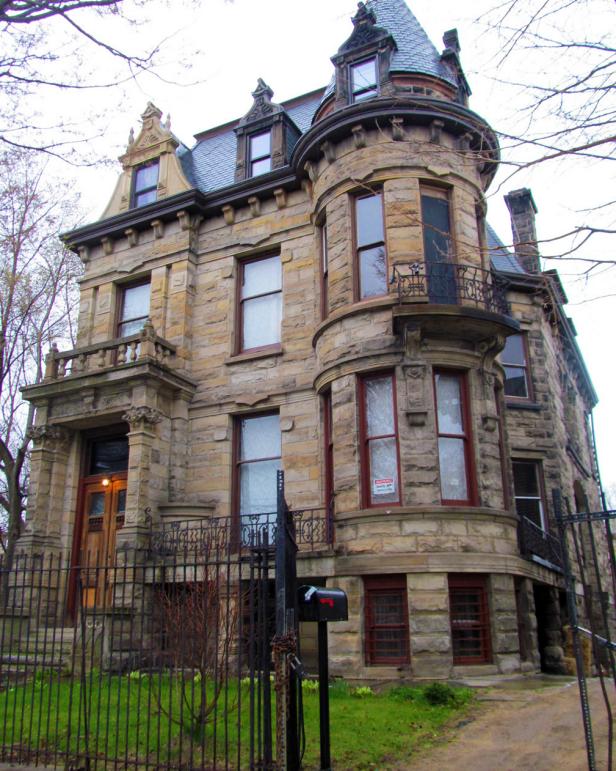 Sometimes, the most beautiful homes are also the most haunted. Stately Southern mansions, vibrant Victorians and even well-cared for Colonials can harbor undead inhabitants...