Melvin Georgekish believes that he witnessed not one, but two of the creatures in a remote forest.

Georgekish had been driving his pick-up truck along a road through the woods near Wemindji in Northern Quebec when he witnessed ‘two pairs of red eyes’ staring at him from the trees at the side of the road. Turning his truck around a short time later he returned to the same spot to investigate but whatever it was that had been watching him appeared to have long gone.

“I was thinking and thinking, and there’s no animal that has red eyes over here,” he said. “I am a hunter, and I’ve never seen something like that.”

In an effort to solve the mystery, Georgekish returned again to the same location the next day and took a look around. This time he discovered a set of large, deep footprints in the moss at the exact place he’d observed the eyes staring at him.

The prints were unlike anything he had ever seen before and measured 20cm and 35cm. “You can see the toes, too,” he said. “It’s like a human foot, but way bigger than a human foot. Wider, too.” 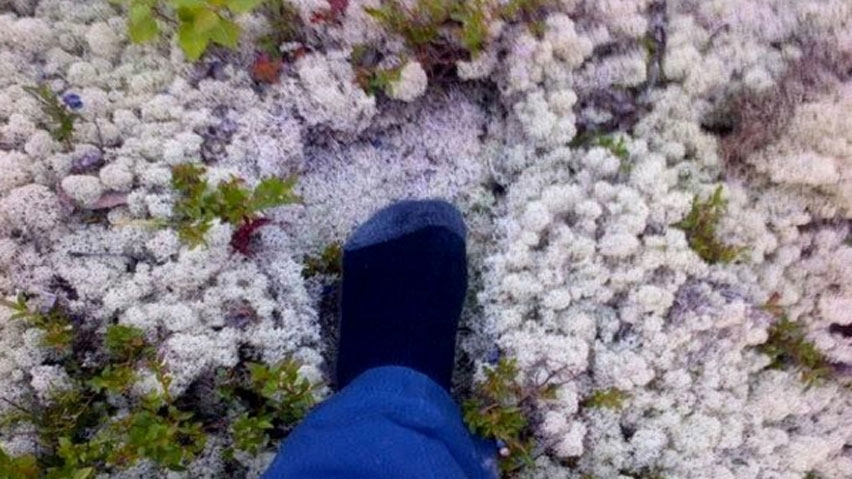 Advertisement. Scroll to continue reading.
In this article:Bigfoot, Quebec