There’s something strange happening in northeastern Utah. Over the last four decades, residents of Uintah county have reported hundreds of UFO sightings, dozens of bizarre and inexplicable cattle mutilations, encounters with otherworldly beings, and other paranormal activities. Although these sightings are reported throughout the county, they are especially prevalent on a 500-acre plot of land known as Skinwalker Ranch.

This remote stretch of high desert is the backdrop to Hunt for the Skinwalker, the latest addition to the “Extraordinary Beliefs” documentary series produced by Jeremy Corbell. With a runtime of just over two hours, the film is a visually stunning deep dive into the history of one of the strangest and most high-profile UFO investigations ever undertaken. The film features hours of never-before-seen footage collected by the reporter George Knapp during his seminal investigation into the bizarre occurrences at the ranch, which he collected in the 2005 book, Hunt for the Skinwalker. Corbell’s film is nominally a documentary, but it has the heart of a horror flick-a unique thematic combination that perfectly suits its deeply unsettling subject matter.

Corbell has been working on Hunt for the Skinwalker for years, but he told me that the publication of the New York Times story last year about the US Department of Defense “Advanced Aerospace Threat Identification Program” (AATIP) put his documentary team into “overdrive.” According to the Times, the program was created at the behest of Nevada Senator Harry Reid and most of its $22 million budget was funneled to Bigelow Aerospace, a company founded in 1999 by the billionaire hotelier Robert Bigelow, a close friend of Reid.

Among the many events studied as part of the secretive program was the now infamous “tic tac” UFO spotted by Navy pilots off the coast of San Diego in 2004.

The premise of Corbell’s documentary is that AATIP is only half the story. Long before the Times revealed the Pentagon’s secret UFO program, Bigelow was bankrolling the National Institute for Discovery Science (NIDS), a “living laboratory” on Skinwalker Ranch that represents the largest ever scientific study of unidentified aerial phenomena in history. Bigelow’s UFO lab was founded shortly before he purchased Skinwalker Ranch in the mid-90s and employed several physicists until its operations were shuttered in 2004. These scientists were tasked with studying the multitude of anomalous phenomena reported by the ranch’s previous owners and locals in the surrounding area.

© Jeremy Corbell
The ridge on the ranch known as the “path of the Skinwalker” for the frequent reports of paranormal activity in the area.

Skinwalker Ranch first came to Bigelow’s attention in 1996 after a journalist for the Deseret News wrote about the strange phenomena reported by the Sherman family, who had lived on the ranch for years. The Shermans reported dozens of odd events-such as being approached by wolves that wouldn’t die after repeatedly being shot at close range with high powered rifles and brutal cow mutilations that left no trace of blood beside the carcass-but strange phenomena had been reported in the region for years.

In 1974, the plant physiologist Frank Salisbury collected hundreds of UFO reports from residents in the Uintah basin region of Utah, which includes Skinwalker Ranch and a Ute reservation. According to Corbell’s documentary, Ute tribal members have recognized the otherworldly phenomena occurring in the area for centuries. They characterize these events as the work of malevolent tricksters, similar to the ghostly “skinwalkers” of Navajo folklore.

After Bigelow established NIDS at Skinwalker Ranch, he hired the biochemist Colm Kelleher as the project’s deputy administrator. Bigelow’s collection of scientists studying “anomalies” in a secluded desert research lab quickly garnered the attention of the local press, including Knapp. In a series of articles written in the late 90s for the weekly Las Vegas Mercury, Knapp tagged along with the investigators as they tried to get to the bottom of the strange happenings at Skinwalker Ranch. © James Corbell
George Knapp on the eve of the New York Times story.

Knapp kept his video camera running all during his visits to the ranch and much of this footage is shown for the first time in Corbell’s film. Hunt for the Skinwalker pivots between Corbell’s visits to the ranch last year and Knapp’s old footage to create a detailed portrait of Bigelow’s obsessive, two-decade hunt for extraterrestrials.

“There seem to be more restrictions to accessing the ranch than even our government’s most secret military bases,” Corbell told me in an email. “No footage has been allowed off the ranch-ever. There was a veil of secrecy for two decades, but that veil has been officially lifted by my film.”

In Skinwalker, Corbell places a premium on the testaments of local residents who claim to have seen UFOs or experienced paranormal phenomena in the region. Although the film also features a short interview with Bigelow conducted by Knapp, this plays a surprisingly small role in the film.

“Robert Bigelow has moved on from what he was doing at the Skinwalker Ranch,” Corbell said. “He has never gone on camera publicly about Skinwalker Ranch, so this is the first and likely only time you will ever see that.”

Notably absent are updated interviews with Kelleher and the other scientists who were involved with NIDS. This isn’t all that surprising, given the eye-roll effect the phrase “UFOs” tends to evoke from other scientists and the fact that NIDS turned up next to no scientific evidence of paranormal phenomena occurring at Skinwalker Ranch. Nevertheless, there are documented incidents of bizarre cattle mutilations that are detailed in Corbell’s film that seem to defy all explanation. 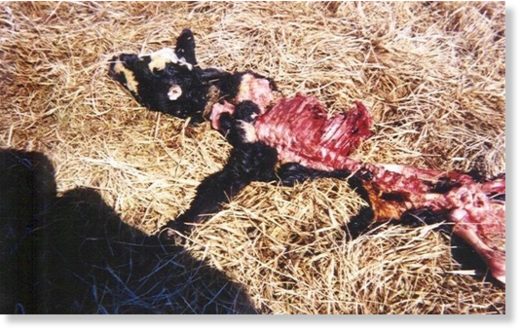 © Jeremy Corbell
One of the many mutilated carcasses discovered on the ranch. Noticeably missing: any sign of blood.

At one point in the film, when Corbell is sitting around a campfire with several of Skinwalker investigators and locals, he says he “no longer has the luxury of disbelief.” Although Corbell’s deep knowledge of UFO history makes him the perfect filmmaker to tackle a documentary on Skinwalker Ranch, I couldn’t help but wish he had leaned into his skepticism a little bit more. Generally speaking, Hunt for the Skinwalker can be described as enthusiastically credulous- no belief is challenged and Corbell never entertains alternative explanations for the otherworldly phenomena experienced by his subjects.

For example, there are a number of prominent military and air force installations in northern Utah, which could account for many of the strange bright lights reported by locals. Indeed, a 2002 report by NIDS suggested that the black triangles seen by many residents were likely military blimps, although this was never officially confirmed by the government.

One of the hardest aspects to account for is how widespread accounts of paranormal activity are in the Uintah region. Over the decades there have been thousands of reports of unidentified aerial phenomena and confrontations with otherworldly entities. While the sheer scope of these reports lends them some credibility, mass hysterias are also deeply American. One need only consider the witch scares among puritans, when hundreds of people claimed to have seen evidence of witchcraft, to see how such ideas can run rampant among isolated populations.

Corbell disagreed that his film was wanting in skepticism, but he acknowledged that his approach to filmmaking precludes him from trying to fit the experiences from others into a neat narrative. Tackling fringe subjects required Corbell to seriously consider the nature of what constitutes evidence of an event. For him, eyewitness testimony is a powerful sort of evidence, as are the mutilated carcasses, photographs, and video evidence collected by scientists at NIDS.

“This was frustrating for the scientists who studied it and I understand that,” Corbell said. “However, it’s the job of science and journalism to investigate the unexplained, not to explain the uninvestigated. By refusing to immediately explain away the uninvestigated with the prosaic does not indicate a lack of skepticism-quite the opposite, really. I’m skeptical of skeptics, too.” 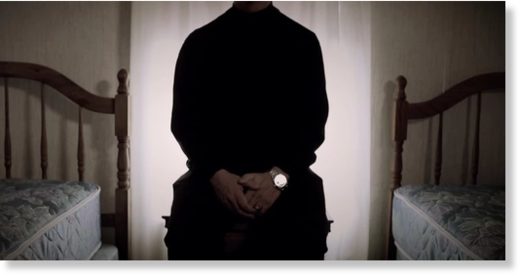 © Jeremy Corbell
The anonymous new owner of Skinwalker Ranch, who is continuing investigations into paranormal occurrences at the site.

If anything is certain, it’s that there is something deeply weird about Skinwalker Ranch and Corbell’s documentary does a fantastic job of capturing the paranoia, fear, and wonder of those who claim to have experienced the inexplicable. Although Bigelow sold the ranch in 2016, this is a mystery that is far from solved. To wrap the film, Corbell sat down with the anonymous business magnate who has since taken up the mantle of investigating paranormal activity in the region. As the anonymous source acknowledged, the hunt for the skinwalker is far from over-if anything, this is just the beginning.

“We still don’t know what we’re dealing with and that’s the bottom line,” Corbell told me. “The events and phenomena experienced and studied at Skinwalker Ranch appear like a performance by a discriminating, precognitive sentient intelligence.”

In this article:Jeremy Corbell, UFO Sightings 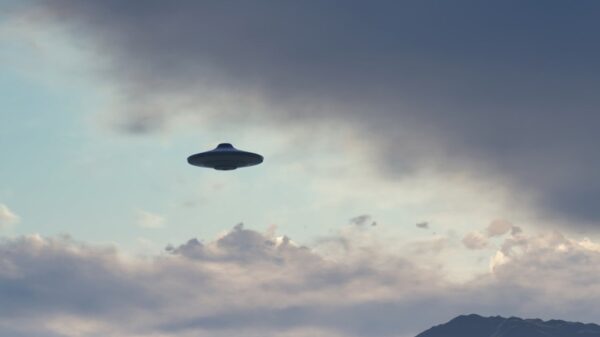 It is currently the last recording to be published by research director Jeremy Corbell. Unusual footage was captured in July 2019, when more than...