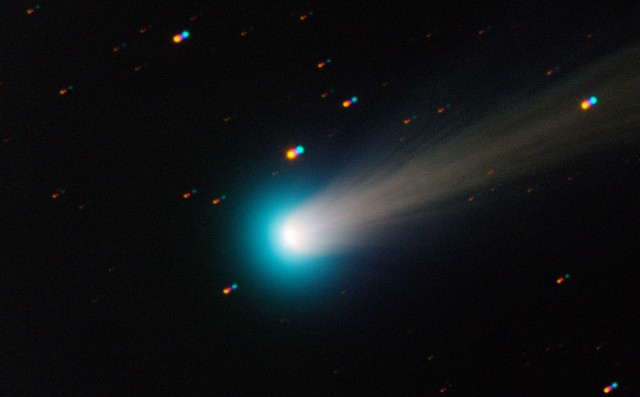 Hundreds, if not thousands, of residents of the Bali arts community of Ubud experienced a supernatural phenomenon when a giant fireball moved across the community on Monday night, March 31, 2014.

Known locally as a “leak” – flying fire balls are thought to be the incarnation of black magic practitioners and reside in the psyche of all Balinese, many of who will retell of personal encounters with the leak phenomenon.

The leak that visited Bali on March 31 was estimated to be the size of a large chicken cage.

The fireball first appeared on Monday night at around 11:00 pm in a position atop the Bale Kulkul at Bale Banjar Taman Kelod, just east of the Puri Agung Palace in Ubud.

Eyewitness quoted in NusaBali say the fireball hovered in place for nearly 5 minutes before moving the northeast and eventually disappearing into the night sky.

A local member of the Banjar Pacalang Corps from Taman Kelod, I Gusti Ketut Keramas, said efforts to find the source of the fireball were unsuccessful. Villagers were reportedly placed in a state of panic and fear, seeing the leak’s appearance during Nyepi as signifying that the deity Ida Batara had descended to earth while other possessing a more pessimistic view saw the fireball as proof of of evil black magic at play.

Many residents managed to capture the fireball on their hand phone cameras, posting the images later to their Facebook pages.

The former regent of Gianyar, Tjokorda Oka Arta Arhana Sukawati (Cok Ace) and the head of the Ubud Palace household confirmed he had received many reports of the fireball sighting, saying many villagers found it difficult to sleep after the incident.

Cok Ace’s personal view was that the fireball was the manifestation of a black magic practitioner testing his or her powers. This suspicion was backed up, he said, by the fact that the phenomenon appeared on Kajeng Kliwon Kulantir on the Balinese calendar – a rare and most auspicious day for experiments with the dark side.

Cok Ace said whether or not the leak poses a personal threat, depends largely on the attitude of those who witness the event. He said it was important to neither be frightened by the fireball or to try to oppose it.

Urging that such phenomenon and those behind them be left alone in their own separate dark reality, Cok Ace said those encountering someone in the act of practicing such magic should merely say “nyelang margi” or “please allow me to pass” and then quickly move on.

In this article:Bali, giant fireball