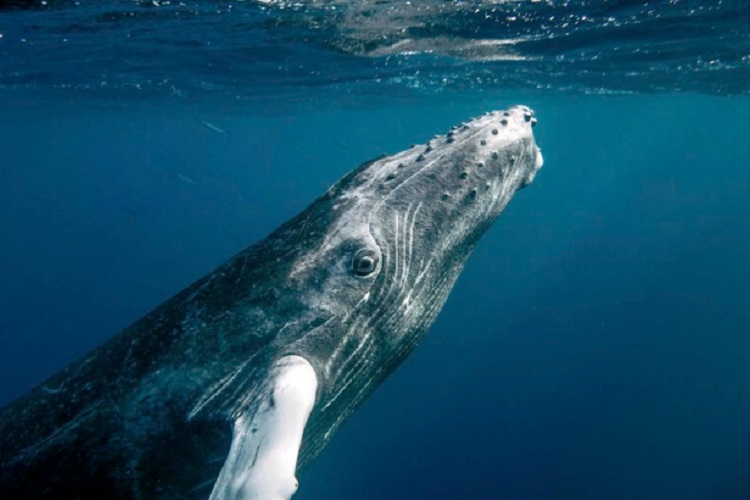 After coming dangerously close to the brink of extinction, the humpback whale population in the South Atlantic Ocean has made a stunning rebound, according to scientists.

Around 60 years ago, it was estimated that the western South Atlantic (WSA) humpback whale population had been thinned out to less than 500.

However, a new study published in Royal Society Open Science reveals that the WSA humpbacks, which were “the first major target of commercial whaling in the Antarctic,” now have a population of roughly 24,900 individuals—a breathtaking turnaround for a population that had come remarkably close to disappearing from the world.

However, strong protections were put in place in the 1960s, including a worldwide moratorium that drastically curtailed whaling activities. These combined efforts allowed the whales to recover by an estimated 25,000—nearly as many as researcher believe there were prior to the dawn of large-scale commercial whaling.

Even the researchers were stunned by the strength of the population’s resurgence, which they believe could be a model for the recovery of other species threatened by human activities.

Marine biologist Alexandre Zerbini of the National Oceanic and Atmospheric Administration (NOAA), who is lead author on a study of the whales’ recovery, told USA Today:

“I hope it serves as an example that we can do the same thing for other animal populations.”

In 2006, a global survey by the International Whaling Commission found that the western South Atlantic humpbacks’ population had only recovered by 30 percent—proof, marine biologists believed, that the whale was unlikely to recover from the massive slaughter that took place over the course of centuries.

Only now have scientists realized how wrong they were. Zerbini said:

“I expected the recovery to be higher than we’d estimated in 2006 … but I wasn’t expecting the almost full recovery we found.”

And the WSA humpbacks aren’t alone in bouncing back from endangerment. In 2016, NOAA released data showing that nine out of the 14 known populations of humpback whales have also recovered from historically low numbers. Yet while the southern populations have certainly fared well, none have made the type of recovery as was made by the western South Atlantic humpbacks.

In the Royal Society study, the authors noted that barring new threats from humans, the whale populations should reach pre-hunting levels. They wrote:

“The population status is much more optimistic than previously thought and abundance should reach its pre-exploitation level within the next 10 years or so, assuming mortality from anthropogenic threats remains low.”

However, it remains far too soon to celebrate the recovery of the whales. The ongoing climate catastrophe continues to manifest itself in myriad unpredictable ways, ranging from record-breaking Arctic heat to massive heat waves and resulting algae blooms that have devastated food sources for whales.

Indeed, the world remains in the throes of what scientists have dubbed the Anthropocene—the first truly human-caused geological period in the Earth’s history that has also entailed the mass extinctions of plants and animals alike.

However, the recovery of the WSA humpback whale shows how humans can also influence the planet for the better.

“This is a clear example that if we do the right thing then the population will recover.”