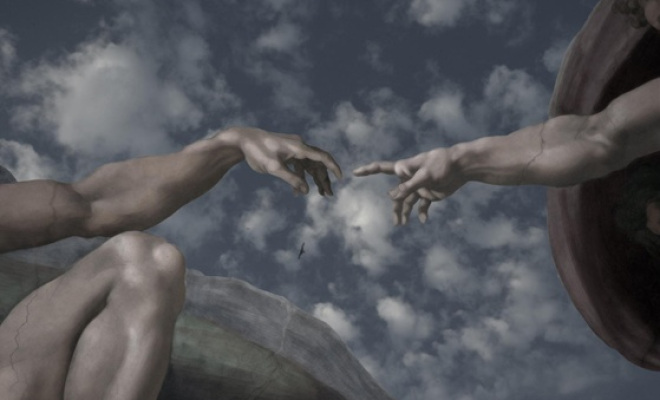 “Mankind is supposedly the most highly developed species on the planet, yet is surprisingly unsuited and ill-equipped for Earth’s environment: harmed by sunlight, a strong dislike for naturally occurring (raw) foods, ridiculously high rates of chronic disease, and more. Plus there’s a prevailing feeling among many people that they don’t belong here or that something “just isn’t right”  , says Professor of Ecology Dr. Ellis Silver.

It may look like a script from an episode of the X-Files, but the idea of life being brought to another earth has been considered by ancient cultures since the beginning of civilization. As this particular theory states, humans were not born on Earth but on another planet.

This is why we demonstrate a series of “dysfunctions”, which would not exist if we were the “product” of Earth. The theory states that we are by nature unruly and aggressive beings that have strong egos, and that is why highly developed aliens brought the human population together on their previous planet and exiled us to Earth to learn how to behave ourselves.

This theory was developed by Professor of Ecology Dr. Ellis Silver. As the Australian professor says, humans have problems with their back and often suffers from pain because our species descended from a planet with less gravity than on Earth.

According to Silver, we also face problems when we are exposed to direct sunlight for a relatively short time because we were not designed to come in so close contact with the sun. Dr. Silver put all of his best evidence into a book titled “Humans Are Not From Earth”.

An additional argument offered by the Professor concerns parturition difficulties and especially those resulting from the fact that the size of the head of a newborn child is disproportionately large.

This makes us the only species on the planet with such high rates of complications and mortality during pregnancy and childbirth for both the mother and the baby. He also notes the fact that humans are not equipped to deal with the natural environment, for example, cold or heat.

The theory also considers the paradox that human shows strong dislike for many types of foods that nature provides, such as raw food. Silver says that humans are sick very often because, among other things, our biological clock is tailored for a day of 25 hours, as was confirmed by a study coming out of Harvard.

Silver believes that anatomically modern human is a hybrid resulting from the crossing of the Neanderthals with another kind of humans who came to Earth from 60,000 to 200,000 years ago possibly from a planet in Alpha Centauri, the closest star system to us.

The “ancient gods” that would come down from the skies in their “chariots of fire” and “flying boats” were probably ancient mans way of communicating their encounter with these intelligent beings that landed on Earth.

These “gods” often are depicted in ancient cultures as looking like modern day astronauts, which in Dr. Silver’s mind would be ETs visiting earth from another star system. Of course, going from the idea of life coming to earth from another planet to life being brought here by aliens who were mad at us is quite the stretch. Other explanations that are floating around the ancient astronaut community say that aliens helped speed up evolution on this plant by mixing their genetics with those of apes.

This all may sound a bit far fetched, but let’s think about it. Why don’t we fit in on this planet? Why do we possess all the dysfunctions that Dr. Silver mentioned if Nature actually created us here? If we ever solved the physics problem and were able to travel to distant stars and came across forms of primates, I bet our scientists would want to do a little genetic experimentation as well. – spiritscienceandmetaphysics.com

Humans do NOT come from Earth – and sunburn, bad backs and pain expert claims

Advertisement. Scroll to continue reading.
In this article:earth, Human, universe