This city of Wuhan is now completely isolated, its streets are empty and it is difficult to understand what is really happening in it. Now, another fresh conspiracy theory about Wuhan circulates and began to gain momentum on social networks.

Users found that residents of Hubei, and especially cities located near Wuhan, have been massively uploading videos since January 28, 2020, showing huge flocks of crows croaking and flying low in the sky.

Below is a selection of several of these videos. In fact, there really are a lot of them.

These large flocks of ravens are not a common natural phenomenon for this area, so people very quickly associated the flocks of ravens with the coronavirus epidemic, after which there were rumors that these birds, which are good scavengers, are attracted to the smells of human corpses or dying people.

“It’s never been here,” says the author of the raven video shot in the city of Hanchuan, west of Wuhan.

In another video shot in the city of Ichan, the man anxiously tells that all this looks abnormal and that this is a harbinger of something very bad.

“Crows eat meat, and our old people say that crows are harbingers of death, because they can smell the death even if the person has not died. They can smell the scores of dying people, but we don’t smell it at all. They will be circling for a long time a dying man in anticipation, which is why in Chinese culture crows are considered bad birds and are always associated with death, “one of the Chinese bloggers wrote.

Another gloomy anomaly, which is also associated with the coronavirus, was noticed on January 25 in the suburb of Beijing, the city of Haidian. One of the locals filmed a huge number of mosquitoes that stuck around the concrete base of the highway. 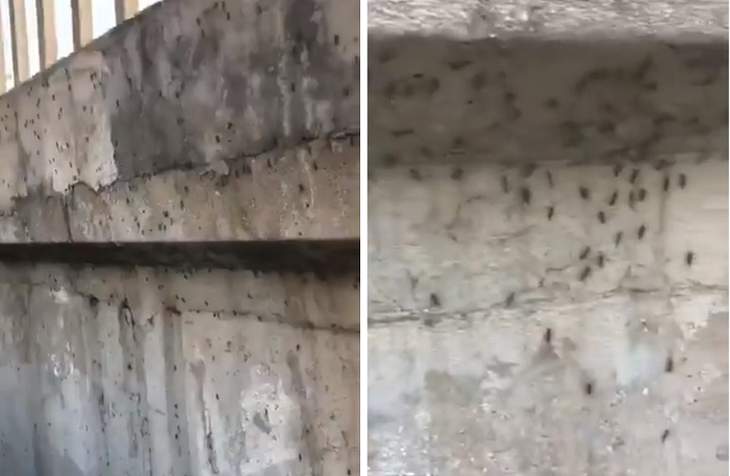 “This has never happened before. Someone should come here and study this phenomenon,” the author of the video said.

Commentators added that in Beijing it is usually so cold in winter that mosquitoes winter in sheltered places and do not crawl out into the air until April. This winter in Beijing is also frosty, and yet the mosquitoes did not go into hiding.

Soon, netizens discovered ancient Chinese wisdom, which directly links abnormal mosquito behavior to a terrible epidemic. In particular, this wisdom indicates that if you see a lot of mosquitoes in winter, get ready for a big illness.

In this article:mosquitoes, Wuhan crows