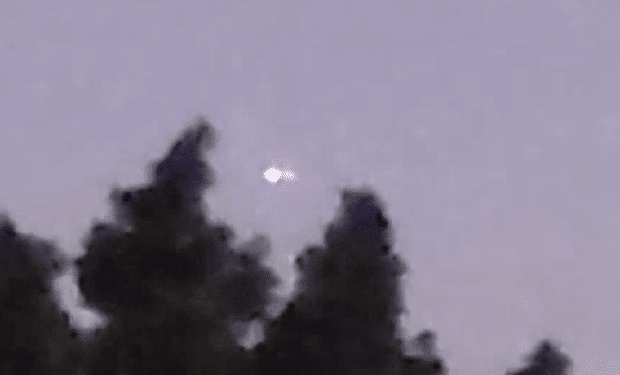 This strange unidentified flying object was seen and recorded in the sky above St Augustine in Florida on 4th December 2019.

Witness report: The attached video is edited in order to be able to send it, but it actually starts earlier and shows a longer time period Of hovering. The attached video is actually the third time we observed this bluish White white ball in the south East sky. I have pictures of the other times earlier that week. The three times that we saw the white bluish light in our Southeast sky it would either completely turn off or disappear or like in this video the last time we saw it it moved and then disappeared. this was the last night we witnessed it and was also a night that we saw a very high and unusual amount of helicopters flying around our sunset evening.In addition we have pictures and video of an orangish reddish light that appeared during the same two weeks Knightley in the southwest sky at about 45° hovered and then moved after about an hour or after dark and it moved west across the sky nightly until we couldn’t see it.
My husband who actually recorded this video on his phone had an experience about 20 minutes after this recording that he still won’t share with me and I don’t know if he has any video or picture evidence and I still don’t know what happened other than it really freaked him out.

In this article:Florida UFO, St Augustine