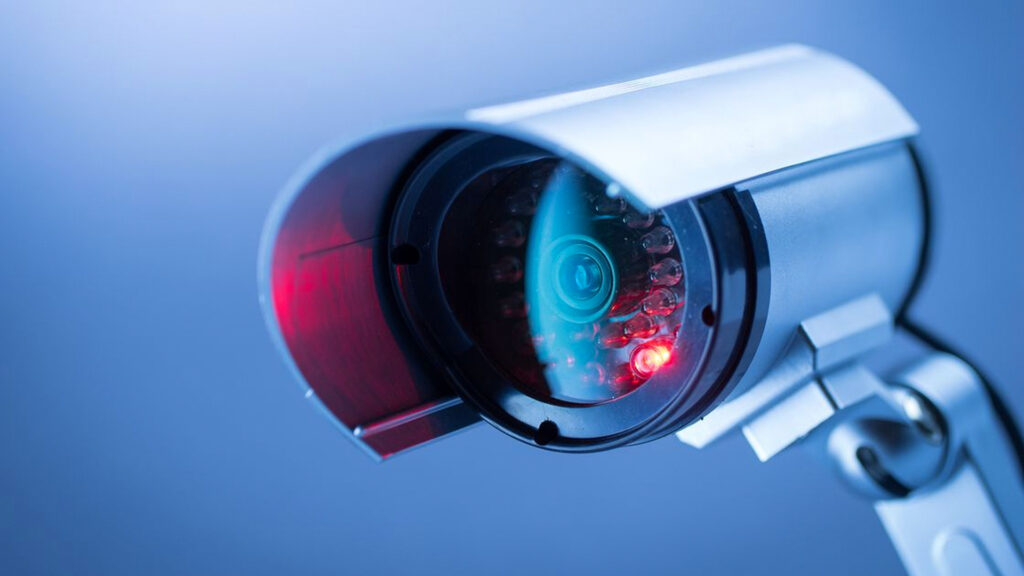 On February 5, a bio-attack was prevented at a water treatment plant in Oldsmar, Florida. The hacker remotely entered the system and raised the alkali level in the water to dangerous levels. But the operator, noticing something wrong on the display, corrected the problem in time and, as a result, people did not suffer. But they could.

‘If you want a vision of the future, imagine a boot stamping on a human face—forever.’ – George Orwell, 1949.

While humanity is watching the Martian debut of Perseverance, another fantasy is slowly coming true on Earth – not cosmic at all. And what terrified the fathers of cyberpunk, now pleases ordinary people.

To order a taxi or a product, buy a ticket, take a queue or money, arrange any service, now it is enough to tap your smartphone a couple of times with your finger. Security cameras linked to the face recognition system help catch criminals.

Surgeons operate on patients at a distance – with the hands of robots. Unmanned vehicles roam the roads, and drones fly over the beds, watching the ripening of watermelons. Smart home eliminates the need to get out of bed to turn on the lights, feed the fish or close the curtains.

There are sensors everywhere: some protect against pipe leaks, others tell you where your child is, and still others signal uninvited guests while you are on vacation.

By historical standards, all this came into our lives quickly – even our generation did not have time to change. But for some reason we are in no hurry to drop our jaw to the floor from the contrast between “before” and “after”. This is not a flight to Mars! Science fiction writer Bruce Sterling rightly notes in his essay “The Future Has Begun”:

“Cyberpunk in the mid-1980s carried a naively lyrical statement of the incredible: the world will one day become this way … When that time came, no one called cyberpunk prophetic, it was treated as a cliché. It became banal and archaic, as its authors put on a pedestal something that is not being paid any attention to now.” Why is that? Perhaps we take the technology enhancement for granted.

The current century is really very convenient: we have much more free time than our dads and moms had at a similar age. But at what cost?

The answer to this question, in addition to the prophecies of technical innovations, is offered by the same cyberpunk. Algorithms that make life easier are impartial and accurate, work tirelessly, don’t ask for food – and yet remain vulnerable. They can simply be hacked and used to harm.

Hackers are not new for a long time. Since the mid-1980s, they’ve been using digital security gaps in companies to hit the jackpot. Recently, if you are aware, went to the developers of Cyberpunk 2077, from whom the villains demanded a ransom for not disclosing the stolen data.

As long as there is a global network, so much of it and worms sharpen – it seems to be nothing unusual. But the ubiquitous digitalization of recent years has created the basis for a new threat, on a much larger scale.

In 2018, the UN adopted the Global Counter-Terrorism Strategy, which contains the following phrase:

“Terrorists can expand their ability to do harm by leveraging the growing interdependence between different sectors, including banking and finance, telecommunications and communications, emergency services, air, sea and rail transport, and energy and water services, to conduct cyber attacks. to the relevant critical infrastructure facilities”.

How can we not recall the recent bio-attack attempt in Florida?

Literally every area of ​​the brave new world is under attack. Back in 2014, the IOActive laboratory showed how you can remotely hack traffic control systems in the USA, Great Britain, France, Australia, China and other countries: the hacker simply took control of traffic lights, like the hero of the popular Watch Dogs game.

Since 2016, cyberattacks against medical institutions have been occurring every now and then – in October 2020, the US Department of Health, CISA and the FBI announced an unprecedented threat from cybercriminals to American hospitals.

A little later, an article by Israeli scientists was published in the journal Nature that using malware on laboratory computers, bioterrorists can create dangerous viruses with someone else’s hands. Of course, the panic has not spared nuclear energy either.

If you think that these passions are simmering somewhere far away and do not concern you, just look around. Tencent discovered last year that a program called BadPower can set smartphones on fire on fast charges. And the so-called Internet of Things, built on the exchange of data between devices, including smart home components, is especially defenseless.

Their vulnerability is due to the fact that gadget owners often leave factory settings and passwords intact. What this is fraught with was shown in 2016 by the Mirai botnet.

Taking control of many smart cameras, he carried out a DDoS attack with them on the provider Dyn, which resulted in the servers of Netflix, HBO, Amazon, PayPal, Visa, Reddit, Twitter, Spotify and other well-known companies.

For an ordinary person, the above looks like an invasion of the privacy of unknown and sinister forces. A hacker sits somewhere and, deftly covering his tracks, affects the devices and services that we use.

But what if there are well-known forces behind the intervention?

Probably, there is no electronics manufacturer in the world that would not think about remote control . In particular, Intel-based gadgets contain Active Management Technology (or Intel ME), a tool designed for remote moderation.

An ordinary user does not have access to it. Companies use such systems not only for debugging, but also for disabling certain functions without our knowledge. Not everyone reads the license agreements in full – the majority presses “Agree” under the wall of text in order to use the service as soon as possible.

China is huge and populous, but at the same time unusually consolidated. Social engineering is used here with might and main using smart devices, collecting and processing large amounts of data. An example of this approach is the famous “social credit system”.

The social benefit of a person within the framework of this system is assessed automatically, without the participation of people, and those with a low rating are limited in their rights. Moreover, the matter is only gaining momentum: today security cameras are able to recognize faces, and tomorrow they will learn to identify dangerous individuals in a crowd and apply measures to them.

The military-technical corporation China Electronics Technology Group, together with companies from the United States and Europe, is already developing such a technology. It is based on the recognition of movements and emotions of people prone to committing a crime.

That is, the person has not robbed anyone yet, but the computer, based on the analysis of the mass of archive records, understands that the robbery is about to take place, and he himself turns to the police. Remember Spielberg’s Minority Report? It’s funny to say, in the early 2000s, it seemed like a paranoid fantasy from the books of Franz Kafka. Now imagine that the real, not the alleged, villains got access to this or any other similar system.

What will happen next?

Everyone wants to live comfortably and safely. To this end, more and more tasks are being assigned to the digital environment, which, in turn, remains vulnerable to manipulation with malicious intent. We are faced with a typical cyberpunk choice: high tech on the one hand and low living standards on the other.

In the novel “Virtual Light”, the classic of the genre William Gibson describes communities that have gone beyond the control of corporations and computers, even televisions are banned there.

Sounds noble, although in reality we see poor savages who built their dictatorship with an iron curtain in response to the dictatorship of global technologies. Alas, science fiction writers only described the digital trap, without offering an adequate way to avoid it. But if it exists, it must be found.

In this article:Artificial Intelligence, Future Edge

More than a billion trees found in and around the Sahara

Scientists have discovered 1.8 billion trees in and around the “barren” Sahara. The unexpected discovery came from high-resolution satellite imagery, artificial intelligence and the hard...

Over the course of this week, many newspapers have been enthusiastically discussing the August 26th AI Jesus work. The goal of the project was to create an “artificial messiah”...