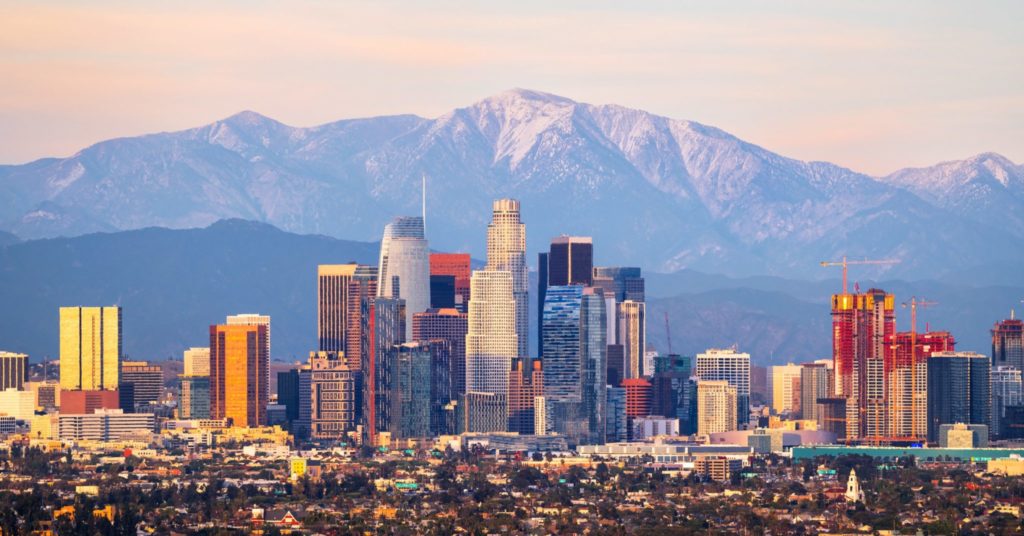 Los Angeles doesn’t have a great environmental reputation. It’s the car capital of the United States. It’s famous for its curtains of smog, and for stealing a bunch of water once.

But the city is in the midst of a metamorphosis. With fewer, yet stronger storms on the horizon, it’s begun an ambitious plan to cut its reliance on imported water in half by 2025. And it’s emerging as a leader in the frantic international quest to curb emissions—in 2016 alone, it slashed emissions by 11 percent, the equivalent of taking more than 700,000 cars off the road.

This week, Los Angeles mayor Eric Garcetti joined other leaders, along with activists and business leaders, at the Global Climate Action Summit in San Francisco. The mission? Stop climate change before it destroys the planet, and our species along with it. Garcetti sat down with WIRED for two interviews, which we have combined and condensed, to talk about how to turn LA into a greentech testbed, why cities have to compete in order to save the world, and what the city can learn from its infamous water wars.

Matt Simon: In what way are cities uniquely positioned to be leaders on climate change?

Eric Garcetti: There’s never been more people living in cities, and many of them control directly the most important national assets, like ports and airports and utilities. We have a culture of trying new things, whereas in Washington and other national capitals it’s like, Oh make sure it’s perfect before it comes to us and then we’ll scale it up. Cities are those laboratories of democracy that states used to be. In a city like LA, we’re trying to get to this idea of a city as a platform.

MS: So what is LA doing about emissions? It’s known as a place of cars, of course, is that part of it? Is it renewable energy?

EG: In Los Angeles, we can’t afford not to do all of the above, from energy generation to our building codes to transportation including personal transportation, our mass transit, and our goods movement from the port and our logistical network. We’re the number one solar city in America—we’ve made a pledge to go to 100 percent renewable power, we’re reducing our water imports, which consumes a lot of energy. We’re cleaning up the port of LA, which is now the greenest port in the world, and made a pledge to go to zero emissions by 2035.

In 2016, the last year we measured, we were down 11 percent, which is the equivalent of 737,000 cars off the road. And by the way, that same year unemployment went down 14 percent. So this whole myth that you can’t do that and expand the economy, we’re laying to rest, I hope.

EG: We generated 30,000 new green jobs since I’ve been mayor, so in five years. To put that in perspective, there’s 50,000 coal jobs left in America. So this town that’s just 1 percent, roughly, of the US population has created the equivalent of 60 percent of the remaining coal jobs left in America. Appalachia should be doing that, areas that have been hard hit by a recession and not recovered. These are generally good middle class jobs too, not just minimum wage.

MS: There’s this interesting dynamic between cities working on this problem that is at once competitive, but also collaborative.

EG: When Shenzhen says, I’ve got 100 percent already of our bus fleet electrified and all of our taxis, that’s good competition for LA to try to catch. And it’s collaborative in the sense that when people back in LA say there’s no way we can electrify our buses by 2030, I can point to the fact that Shenzhen in China just did it and it took them two and a half, three years. It begins to change people’s attitudes.

MS: How much are you enlisting the populace in this? Is it about changing behavior on a wide scale?

EG: It’s everything from 25,000 car chargers by 2025, to the work that we’re doing to make sure people reduce their water consumption, because we have to use a lot of electricity to bring that water to them. Recycling is now 75 percent. The goal for all megacities is to get to 70 percent, we’re already at 75 percent. And that’s human behavior of sorting, recycling and demanding. So the most important work is actually in-house, in your own place of work, in your own habits. And then secondarily in what you demand from your elected representatives.

MS: You mentioned water, and I think this is a really key component, especially for LA.

EG: We need to build cities that can survive what is happening, and what will continue to happen even if we can reverse this. Which is there will still be decades of hotter days, extreme weather, and social and health disruptions.

William Mulholland, the great engineer who built out our water system, as told in Chinatown and other movies—I say this is kind of our second Mulholland moment to reengineer a system that instead of stealing other people’s water, we’ll recycle, reuse, reduce our water consumption. The fact that my residents stepped up and reduced, in a year, 20 percent of their water use shows we can absolutely do this without feeling it.

MS: Say a city is looking to get into this sort of thing, to clean themselves up, what one piece of advice would you give them?

EG: I’d say go big and be personal. Stretch farther than you think you can reach. And boil it down in human terms. Don’t talk about tons of carbon or millions of vehicles. Talk about people’s health and sickness and firefighters who are dying on the line with historic fires caused by drought. This isn’t about environmentalists who are hobbyists in a little peripheral policy area. This is about everybody’s health and their lives. People are dying and those who aren’t dying are all suffering under the weight of what’s happening.

In this article:climate change, LA smog