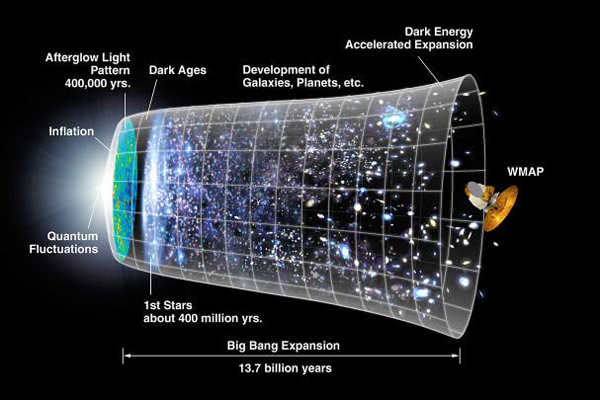 The Big Bang theory is a widely accepted explanation for how the universe originated and evolved. According to the Big Bang theory, the universe was extremely hot and dense when it was born 13.7 billion years ago. The rapid expansion, called inflation, is thought to have occurred at a rate faster than the speed of light.

Before the Big Bang, space didn’t exist. It’s likely there was an area of matter squeezed into a small, hot dense area. Scientists dubbed this a singularity.

In this article:Big bang, universe