The blockbuster pill profit party is over for Big Pharma. Bestselling pills like Lipitor, Seroquel, Zyprexa, Singular and Concerta have gone off patent with nothing new in the product pipeline. But Pharma isn’t going to deliver disappointing earnings to Wall Street just because it has few new drugs coming online and has failed at its very purpose. It is recycling old for brand new uses.

Now that Pharma’s succeeded in getting five million children and four to eight million adults diagnosed with ADHD, it’s looking for new markets for the drugs. One new use for Ritalin (methylphenidate), the grandfather of ADHD drugs, could be for eating disorders. Researchers say a woman who suffered from bulimia nervosa, bipolar I disorder, cocaine and alcohol dependence, attention-deficit hyperactivity disorder and panic disorder “achieved a sustained (>1 year) remission” when methylphenidate was added to her other drugs.

Then there’s pregnant women. A new paper suggests that taking away a women’s methylphenidate during pregnancy may “may present a significant risk” and that, “In all cases, children developed normally and no adverse effects were reported,” though they were exposed in utero. Yes, kids can be given ADHD meds at even younger ages—as fetuses.

Pharma is also looking at the elderly as a new market for ADHD drugs. Methylphenidate may “improve gait function in older adults,” researchers wrote recently. And a major clinical trial sponsored by Johns Hopkins Bloomberg School of Public Health is underway to see if methylphenidate can reduce apathy in Alzheimer patients. Of course many Alzheimer patients don’t have apathy but agitation and aggression; they will be excluded.

Women over 40 might feel a rush of medical justice over the big push to treat men’s “Low T,” a recent “disease” now aggressively marketed, with replacement testosterone. For over 50 years, medical journals were relentless in telling women they were “outliving their ovaries” (a real ad) and the only hope to keep their looks, their husbands and their sanity was hormone replacement. Now men are hearing that their decreased sex drive and energy, reduced muscle and growing fat put them in the same position. Missing in both marketing campaigns is the fact that people don’t get old because they lose hormones; they lose hormones because they get old.

The male HRT products are not without their risks. They can worsen benign prostate problems, heart failure, sleep apnea, cause liver toxicity and possibly stimulate prostate cancer though it remains a theoretical risk. Injected testosterone has been associated with embolisms and extreme allergic reactions (anaphylaxis) both of which can be fatal. Men who take Propecia for hair loss can especially have low testosterone, which may not be reversible, because it reduces an enzyme involved in testosterone synthesis.

Calling alcoholics and addicts mentally ill and in need of vaccines

One of the few good things about alcoholism and drug addiction is they can be treated for free. Twelve-step programs like Alcoholics Anonymous use peer support instead of drugs, trained personnel or insurance—and they work. It’s no surprise that the millions of people recovering without Pharma’s help are its latest target as it tries to shore up revenues. Pharma is increasingly pressuring rehab facilities and doctors to add a mental illness diagnoses to recovering patients to sell expensive pills. Ka-ching!

Worse, Nora Volkow, the head of the National Institute on Drug Abuse, is conducting cruel experiments on primates to develop a vaccine for alcoholic or addicts. Is there an alcoholic or addict in the world who would take such a vaccine? Doesn’t she know that drinking and drugging are fun (until they aren’t) and that no one wants to quit before the party’s over? Doesn’t she know that when drinking and drugging cease to be fun, a thing called denial kicks in and alcoholics and addicts still won’t take her vaccine?

These alcoholic/addict vaccines will be marketed for people “at risk” of addiction on the basis of their family histories and brain scans which sounds a little, well, non-voluntary. Marketing early aggressive treatment for diseases people don’t even have yet (“pre-osteoporosis,” “pre-diabetes,” “pre-asthma” and “pre”-mental illness) is a foolproof business model for Pharma because people will never know if they even needed the drugs—or need them now.

Read the full article at: intrepidreport.com 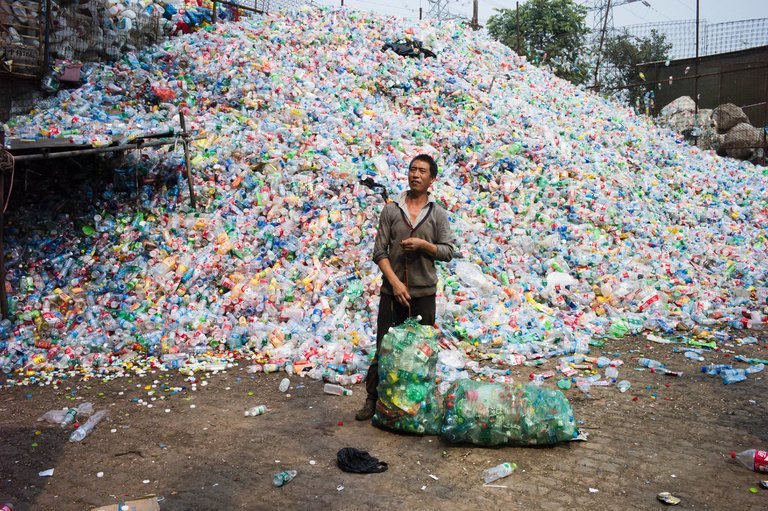 This Is What Actually Happens To Our “Recycling” (Video)

Everyday we produce waste, in our current society, it’s almost impossible not to. Many of us make an effort to recycle our recyclables, but...