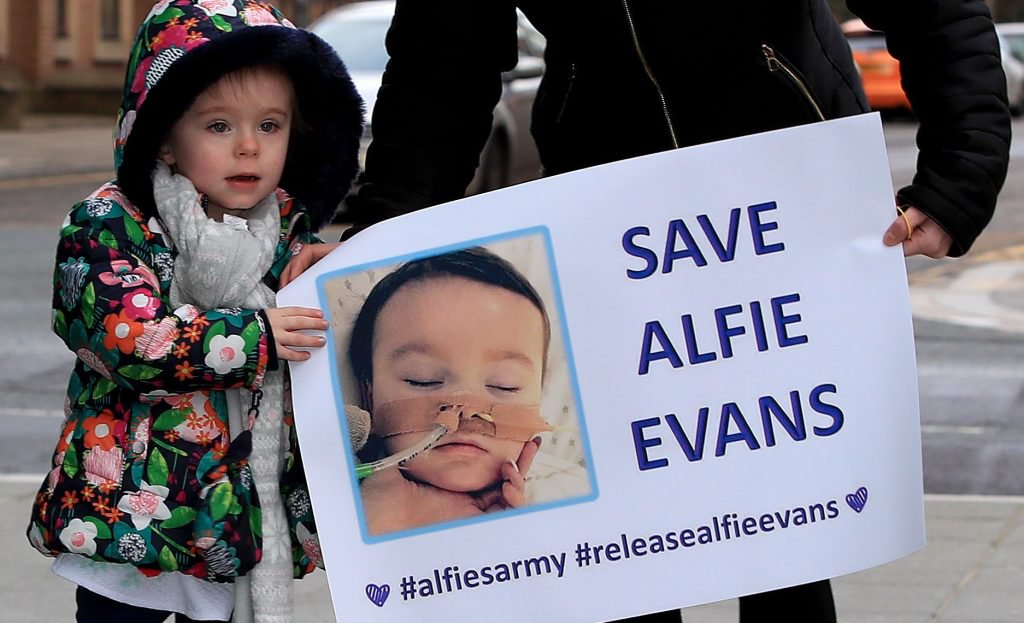 The parents of Alfie Evans, a little boy from Liverpool, are having tremendous difficulty taking their son home after doctors seem to be laying down controversial claims about the child being brain-dead.  Alfie supporters will descend upon Buckingham Palace for a mass Protest and Prayer Rally. The Main Event at Buckingham Palace for Alfie will begin at 4 pm CLICK HERE for more details.

You can also help by signing THIS petition.

Judge Justice Hayden decided to disconnect Alfie Evans from the ventilator that kept him alive. The ventilation was taken away from him on Monday 23/04/2018 at 21.17 local time in Alder Hey Hospital in Liverpool, and more than 48 hours later he is still living and breathing, even cracking a smirk (see below). His parents have been begging the hospital and the doctors to let them take him home.

They claim that he is brain-dead and in a vegetative state, but that doesn’t seem to be the case.

Alfie didn’t die within a few minutes like the doctors claimed he would, he is still alive, for over 48 hours now, without any help from medical machines. For 10 straight hours,  the hospital refused to provide the boy with either oxygen or  fluids in hopes he would pass away, but the child remained strong!

“On April 25, 2018 the appeal hearing was held at Royal Court of Justice. After over 4 hours listening to family and hospital lawyers, Lord Justice McFarlane decided to uphold the judgment made by Judge Hayden of taking Alfie’s life.”  (source)

Below is a post from Alfie’s mother on April 23rd via her Facebook page.  He is adorable, and the parents KNOW, as it’s quite obvious to many who are just picking up on this story, that there seems to be chances for survival, all he would need is the proper care, but authorities are refusing a transfer to another hospital. Again, the very fact that he is still breathing should set off alarm bells.

Italy wanted to help and granted Alfie citizenship at the start of this week so that the parents could easily bring the child over for proper treatment. The hospital is still denying this as an option. How can this hospital do what the complete opposite of what parents want? Why refuse care? Especially when they have been wrong about Alfie so many times? What is going on here!? 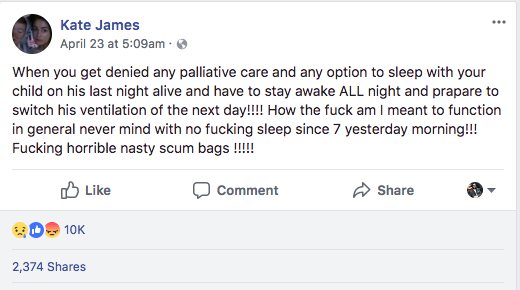 These parents have been rendered powerless, after slew of misdiagnosis, it’s amazing to see that they (Doctors) were wrong (happens quite a bit), and that this little superman is still going.

“For those of you that are trying to claim little Alfie Evans is brain dead or without brain function essential to life. Let’s look at the complexities of the brain, let’s look at its functions and then let that be your determining factor on Tom and Kate’s fight. It’s such a bogus fabrication that this baby has no brain function. I will post the parts of the brain and its function….”

Check out her page to read the rest of the quote above, some very strong points made! 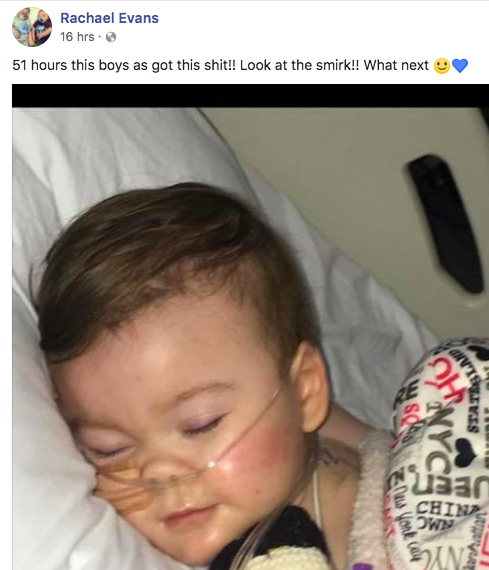 It’s quite odd and incorrect that doctors can claim this boy is going to die and that he is devoid of consciousness. There is a lot of evidence already that shows those who are pronounced in a “vegetative” state can still be “all there.” It’s simply our assumption that there is no consciousness. This boy’s condition might not even be a vegetative one, he is too young, and there are clear signs of brain function…

Furthermore, this baby is in his early stages of life! Clearly, he is defying the odds, doctors had no clue what they were talking about, yet they still pushed to end this boys life…With a hospital who has a shady past, something may be fishy about this situation, even if at this point it’s simply a power based action. 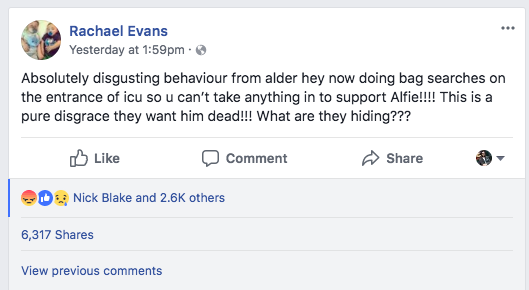 Alder hay hospital already has some shady history. According the BBC:

“The scandal at Alder Hey Children’s hospital centres on the retention of hearts and organs from hundreds of children.The organs were stripped without permission from babies who died at the hospital between 1988-1996. Hospital staff also kept and stored 400 fetuses collected from hospital around the north west of England. The findings of an inquiry into the affair have been described by Health Secretary Alan Milburn as “grotesque” and help lines have been set up to deal with calls from distressed parents.”

I won’t go into that any further as that is a completely separate story.

This  current story is just adding to the obvious “WTF” moments in medical history.

Please follow the links via this article and do what you can to help!

In this article:Alfie Evans, hospital scandal