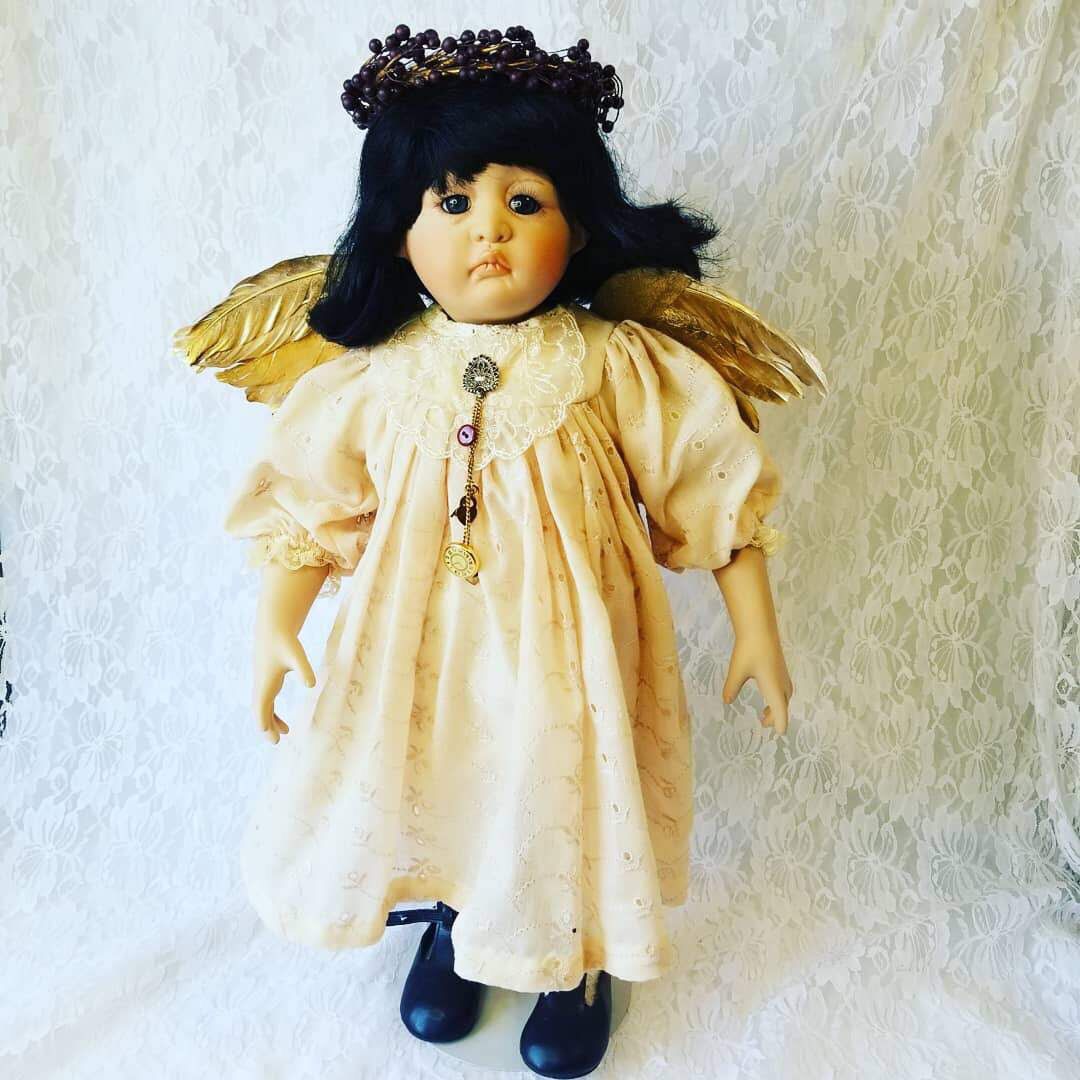 Thirty years ago, the world was introduced to a 29-inch-tall doll in overalls named Chucky. With eyes bluer than a White Walker’s, hair more fiery than Ed Sheeran’s, and a smattering of freckles à la Emma Stone, he looked like the perfect childhood buddy.

Unfortunately, Chucky, the tiny antagonist of the 1988 movie Child’s Play, was possessed by a serial killer with a knack for slaughtering people with butcher knives, yo-yo strings, and anything else he could find around the house. Today, almost everyone knows that if a wild-eyed doll asks, “Wanna play?” the only acceptable response is to run as fast and far as you can.

Then there are people like Kevin Cain, a paranormal investigator in Alabama who owns hundreds of haunted dolls and other items. “I lost count a long time ago,” he says. While Cain may be an especially prolific collector, he’s far from the only one. In fact, there is a thriving marketplace for haunted dolls on the internet.

According to Cain, things really took off after the Annabelle doll appeared in The Conjuring (2013), followed by a solo film, Annabelle: Creation (2017). Annabelle, a vintage porcelain doll with smeared lipstick, a cracked pupil, and claw marks on her face, is possessed by a demonic spirit that enjoys ruthlessly murdering people. That she’s based on a real-life haunted Raggedy Ann doll adds to the intrigue.

With the next installment of the Conjuring series, Annabelle Comes Home, and a reboot of Child’s Play both hitting theaters in late June, there’s sure to be a new wave of people curious about haunted dolls — and perhaps even eager to get their hands on one.

Gone are the days when you’d have to trek to a shady part of town, down a darkened alley, and into a questionable-looking antiques shop to get your haunted doll fix (although if you’re ever in New Orleans, Bloody Mary’s Haunted Museum and Spirit Shop is worth a visit). Etsy and eBay list thousands of dolls purportedly inhabited by everything from evil witches to judgmental spirits that might call you fat to young children and fairy spirits.

Most haunted dolls sell for around $50 plus shipping, but the most highly prized ones are priced well into the four figures. There’s a formula, too, for how they’re sold: Each listing contains a detailed overview of the spirit’s life story, details of said spirit’s death, and a description of their personality. Dolls are labeled “active” or “highly active” if paranormal phenomena are said to occur frequently in their vicinity.

Some are advertised as being able to move objects, make noises, or communicate via telepathy or Ouija board, while others are meant to act as creative muses, play matchmaker by revealing potential lovers in dreams, or emit positive energy.

Kat Blowers, whose Etsy shop FugitiveKatCreations specializes in haunted dolls, says best-sellers tend to be inhabited by female spirits that have some sort of “empowerment” angle. “We have a lot of goddess-type spirits or women who have survived terrible situations and thrived.” She also sees high demand for witches around Halloween and leprechauns near St. Patrick’s Day.

While there are con artists looking to take advantage of uneducated buyers, many haunted item purveyors hold themselves to what they see as high ethical and scientific standards. “It costs us a fortune in tools,” says Blowers. Whenever she acquires a new doll, Blowers and her husband put it through an intense investigation that lasts one to three months.

First, the doll is separated from any other paranormal objects in the house. Then it’s examined with a K-II EMF meter, a device used by paranormal investigators to detect electromagnetic energy, for a period of three to five days. Blowers then places the doll in a sound box (“basically a foam box”), with a voice-activated recorder to see if she can hear any words or phrases. “We’ve heard music before, which is really weird,” she tells me.

Finally, they conduct lucid dreaming sessions, which involve sleeping next to the doll alongside a piece of amethyst (which is supposed to be a potent lucid dreaming crystal) to see if they have any weird dreams. Blowers typically ends up with a 15-page report by the end of each investigation.

Unlike in horror films, real-life haunted dolls aren’t necessarily bloodthirsty beings with a penchant for sharp objects. “Not everything is evil,” says Cain. “Yes, there are demons, and Annabelle is example number one of that, but also good spirits. If a ghost can haunt a house or building or ship, why can’t it just hang around an item it once owned or reminds them of something in their past?” He theorizes that spirits like to hang around dolls and other toys because of their familiarity and strong emotional connection.

Lexi is such a mellow friendly sport you can help but be happy when she’s around. #paranormalactivity #paranormal #ghost #spiritualawakening #etsy #spirit #haunted #haunteddolls #orbs #positivevibes #paranormalinvestigation

However, this doesn’t mean buyers shouldn’t beware. Cain routinely refuses people who email begging to purchase one of his haunted dolls. “I tell them it’s not for everybody. You don’t know what you’re asking for,” he says. “These dolls aren’t for entertainment or fun. These are actual haunted items with spirits attached who want to be respected. Then you have those who, if you’re not careful, are demonic and ready to tear into your soul.”

He describes an episode where a young woman bought a doll online that was supposed to be haunted by a kind, positive spirit, but she ended up with something dark and malevolent. After a string of strange occurrences culminating in feeling tiny hands around her neck one night, she contacted Cain and shipped the doll off to him. Luckily, he knew how to bind the demonic spirit, ultimately sealing the doll in a box coated in holy water and storing it on the highest shelf in his home, where it remains.

Some sellers found creative workarounds, including winking claims that their dolls are “for entertainment purposes only” or “sold as is.” They also often state there’s no guarantee of paranormal activity and indemnify themselves from the consequences of anything that does or doesn’t happen. Others, deterred by eBay’s crackdown, simply packed up and moved to Etsy.

The haunted doll market certainly isn’t disappearing anytime soon. Cain expects there’ll be a huge surge in demand this summer thanks to Annabelle and Chucky’s big-screen appearances — something he’s not particularly thrilled about. For anyone considering a haunted doll purchase, he has one message: “Be careful what you buy. It may be phony — or, worse yet, it may be something demonic.”

Read More On This At “Paranormal, Ghosts, Hauntings” – Google News

In this article:Annabelle doll, haunted dolls 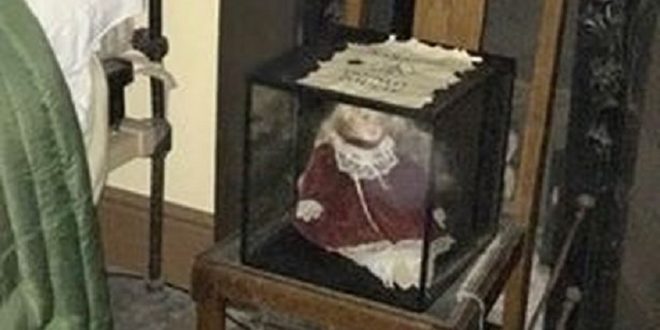 Haunted doll is heard saying ‘I want to burn your eyes’

A ghost hunt in Wales has left paranormal investigators chilled to the bone after a doll was herd saying “I want to burn your... 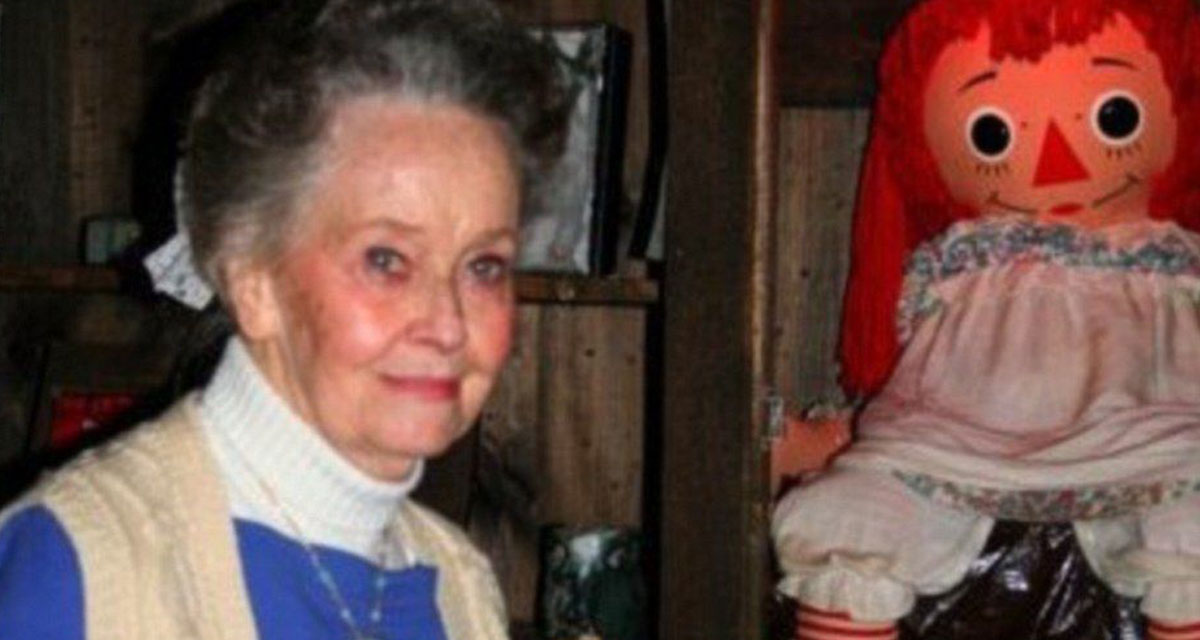 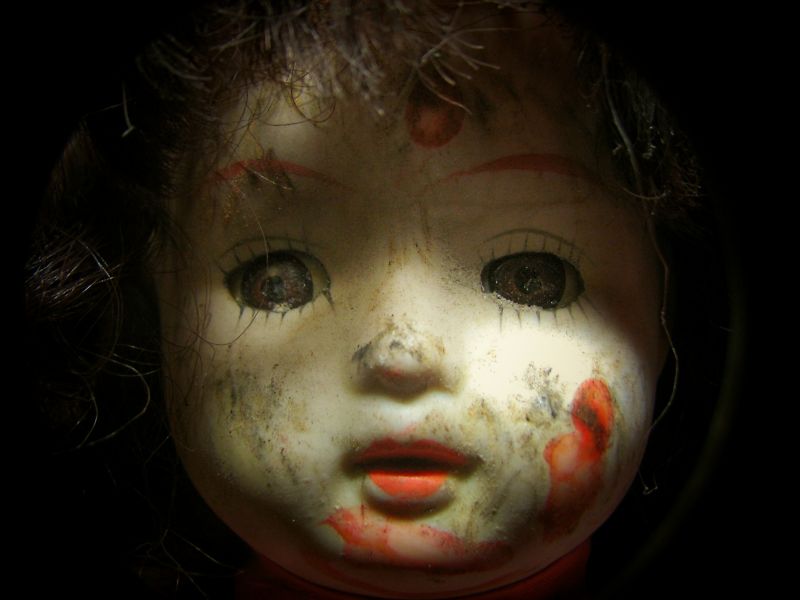