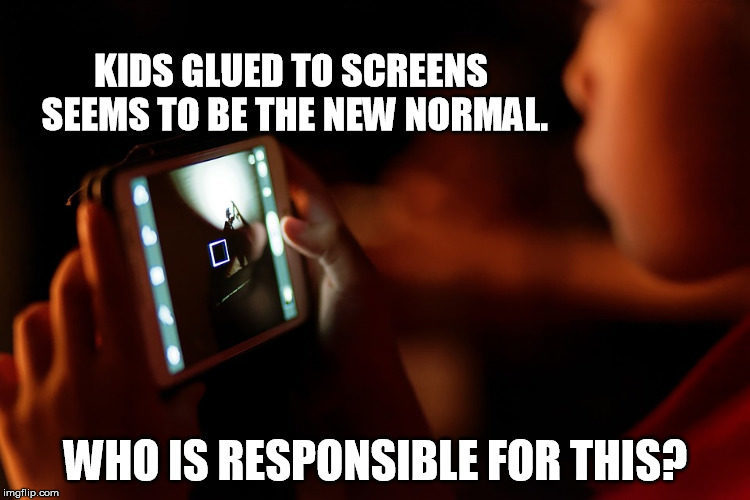 Opioid addiction has become so widespread in the U.S. that last August President Trump declared it to be a national emergency.

“Digital Addiction” may not be as serious as opioid addiction YET; however, the outcry and accusations made by Apple investors and former tech employees seems eerily similar to what has been reported as contributing to the current Opioid Crisis.

Because of Apple shareholders taking a stand last week, more news keeps pouring in about tech inventors who have been limiting their children’s use of digital devices: “Bill Gates is surprisingly strict about his kids’ tech use – and it should be a red flag for the rest of us.”

How does this relate to the current Opioid Crisis? For one thing – the Opioid Crisis didn’t happen overnight. It happened gradually over many years.

CBS 60 Minutes aired segments about this in October 2017 with “whistleblower” Joe Rannazzisi, an ex-DEA agent who claims that the opioid epidemic “was fueled by the drug industry and Congress.” It was reported that:

Because of the now Opioid Crisis, elected officials in many states have filed lawsuits against drug companies because of high rates of heroin addiction.

As far as Digital Addiction, for those who are concerned, you now have friends in high places who are calling upon Apple and other tech companies to help fix this problem – especially in regard to children.

Apple originally defended itself against accusations of contributing to Digital Addiction: “Apple Defends Its Smartphone Practices for Children After Investor Critique, Company says it has been offering parental controls since as early as 2008”

Because of the backlash, Apple has taken a kinder gentler approach: “Apple just announced it plans to help parents manage their kids’ cellphone use. Here’s why”

“Silicon Valley Reconsiders the iPhone Era It Created. Debate over iPhone use by young people reflects the misgivings some in the industry feel toward smartphones’ ubiquity”

This is good news. However, there are still factors to consider in regard to current Digital Addiction issues and the Tech Industry:

Before the Apple investors took a stand last week, former tech employees shared their concerns and regrets. Here are 2 examples:

“Nest Founder: ‘I Wake Up In Cold Sweats Thinking, What Did We Bring To The World?’”

Roger McNamee, an early investor in Google and Facebook, has also spoken out:

One of the sad things, one of the things that makes me angry- is that executives out in the [Silicon] Valley, generally restrict their kids’ use of the products that they are encouraging everyone else use… so first thing to do is to explain to the kids, hey guys, a lot of bad stuff going on here that’s not your fault. I wish we had caught this before it become an epidemic problem.

Still think this isn’t affecting you or your family? All Americans have all been paying for public schools to become “high tech” through tax increases. Many students are provided with free iPads.

In August 2016, Digital Addiction was first referred to as “Digital Heroin.”

It’s now being covered even more extensively and many people are demanding change.

Hopefully, soon, these same concerned people will also recognize and acknowledge that wireless and electromagnetic radiation from these products is also contributing to digital addiction as well as other emotional, mental, and physical health problems. There’s plenty of research about that, too. It ain’t pretty.

“Supply and Demand” is Basic Economics.

Technology can be very beneficial. Anyone who has been stuck on the side of the road and had access to a cell phone would probably agree to that.

Tech inventors and companies create and market their products as devices that we need to survive as well as to thrive. As long as we keep buying these products – they will keep making them whether we have healthy relationships with these products or not.

The ball is in our court now.

In this article:Digital Addiction, kids and phones