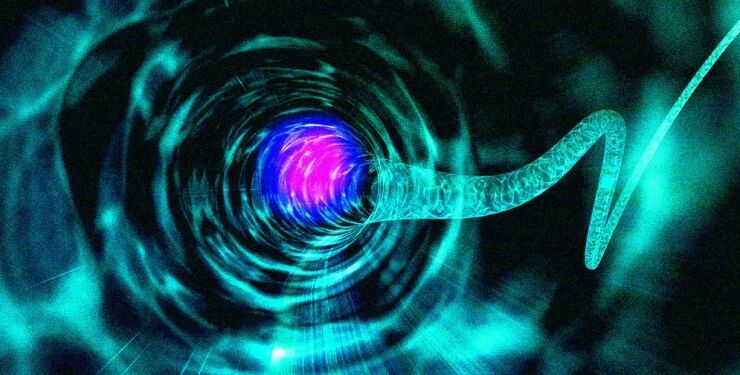 Japanese astrophysicist Fumio Abe of Nagoya University, winner of the PASJ Award for Distinguished Service (2019), in his recent publication for BBC Science Focus spoke about the possibility of a civilization or even aliens to create a transport network of wormholes throughout the universe.

A wormhole is a “bridge”, so far only a theoretical one, capable of bending space and time, thanks to which you can instantly overcome almost any distance.

Although the scientist does not use the word “teleport”, since these are slightly different interpretations, the meaning is approximately the same, with the only difference being that when traveling through a wormhole, an object obeys the laws of quantum physics, where time flows differently.

As for the size of wormholes, according to Abe, “they are huge” and reach millions of kilometers. Despite this, they are not so easy to detect, although the scientist offers a solution.

If you dive a little into history, the first to suggest the existence of wormholes were Albert Einstein and Nathan Rosen back in 1935. Although it looked simple enough on paper, it was possible to prove mathematically that wormholes are very unstable and most likely to collapse almost immediately after their formation, which pushed them into the realm of science fiction for many years.

However, in 2017, physicists Ping Gao, Danielle Jafferis, and Aaron Wall discovered that such a wormhole could be kept open by entanglement, a special bond at the quantum level.

At the same time, the Spanish scientist Juan Maldacena suggested many years ago that there is a connection between wormholes and quantum entanglement. Together with Alexei Milekhin, from Princeton University, he found a theoretical way to create large wormholes.

“If, as Fumio Abe suggests, wormholes have a radius of one hundred to ten million kilometers and are as common as ordinary stars, their detection can be achieved by reanalyzing previous data,” says Juan Maldacena.

It takes an astronomical amount of energy to keep a wormhole alive, which must leave a trail. This means revisiting previous SETI data to find these changes that would tell us where these Einstein-Rosen bridges lead. This is how we could detect our space neighbors.

If aliens really created a network of wormholes, then it can be detected using gravitational microlensing. The fact is that when a celestial object passes between us and a distant star, its gravity changes the light of the star for a short time.

This technique has already been used to detect thousands of exoplanets and distant stars by studying how light is refracted. Abe suggests that it can be used to locate these alien wormholes.

Such a curious theory offers humanity another way to find out once and for all whether people in the universe are alone or not. Fortunately, the method described above is not the only way to test this theory.

Fumio Abe’s article includes four other ways, among which the discovery of technosignatures and megastructures stands out, the latter being available only to extremely advanced civilizations, and when we comprehend them is not yet clear.

In this article:Space Travellers, wormholes

Have you ever sat in bad rush hour traffic (isn’t that redundant?) and said to yourself, “I could get out of this if I...