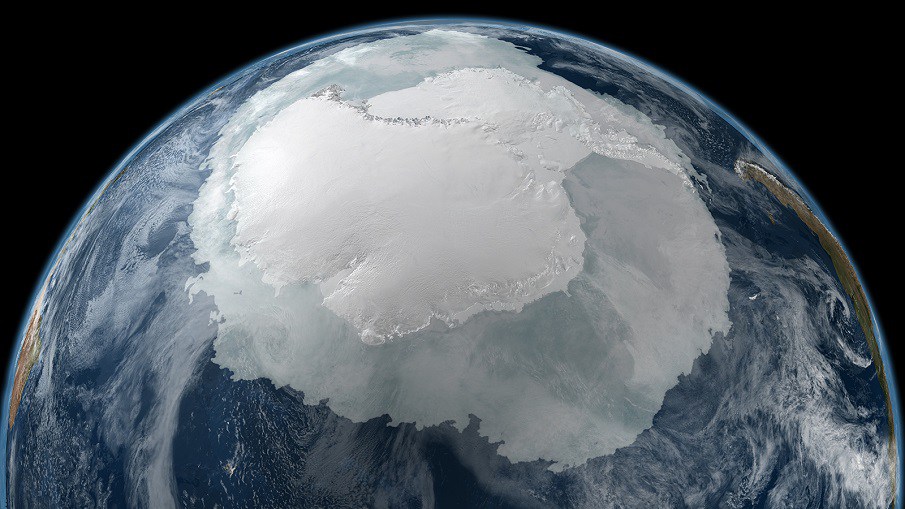 The Discovery has been published in the journal Geophysical Research Letters. Despite the fact that satellites orbiting earth have helped map our planet’s surface in great detail, there was a gap around an area of the South Pole, which is not covered by satellites due to the inclination of their orbits.

Now, scientists have finally revealed what is there, and it comes as a surprise.

Scientists exploring Antarctica have found massive mountain ranges and vast canyons that run for hundreds of miles beneath the continents thick ice.

The findings are the first to emerge from extensive ice-penetrating radar data collected in Antarctica as part of the European Space Agency PolarGAP project and have been published in the journal, Geophysical Research Letters.

Although there is extensive satellite data that helps obtain images of the surface of the Earth and its deep interior, there was a gap around the area of the South Pole, which is not covered by satellites due to the inclination of the orbits.

Therefore, the PolarGAP project was designed to fill the gap in the coverage of satellite data from the South Pole and, in particular, to acquire the missing data reports the British Antarctic Survey, which participated in the research.

Scientists warn as global warming advances, these massive valleys could play an important role in the flow of the ice.

“We now understand that the mountainous region is preventing ice from East Antarctica flowing through West Antarctica to the coast. In addition, we have also discovered three subglacial valleys in West Antarctica which could be important in the future.

“If the ice sheet thins or retreats, these topographically-controlled corridors could facilitate an enhanced flow of ice further inland and could lead to the West Antarctic ice divide moving. This would, in turn, increase the speed and rate at which ice flows out from the center of Antarctica to its edges, leading to an increase in global sea levels.”

Dr. Winter adds: “The data we have gathered will enable ice sheet modelers to predict what will happen if the ice sheet thins, which will mean we can start to answer the questions we couldn’t answer before.”

The mission marked the first time scientists were able to map three vast subglacial valleys in West Antarctica. The largest valley, known as Foundation Trough, is more than 350 kilometers long and 35 kilometers wide. Its length is equivalent to the distance from London to Manchester, while its width equals more than one and a half times the length of the island of Manhattan in New York.

Two of the remaining valleys are equally vast. The Patuxent canal is more than 300 kilometers long and more than 15 wide, while the Offset Rift Basin is 150 long and 30 wide.

Scientists warn that if climate change causes the ice sheet to be reduced, these valleys could increase the speed at which ice flows from the center of Antarctica to the sea, raising global sea levels.

In this article:Antarctica, featured, satellite data