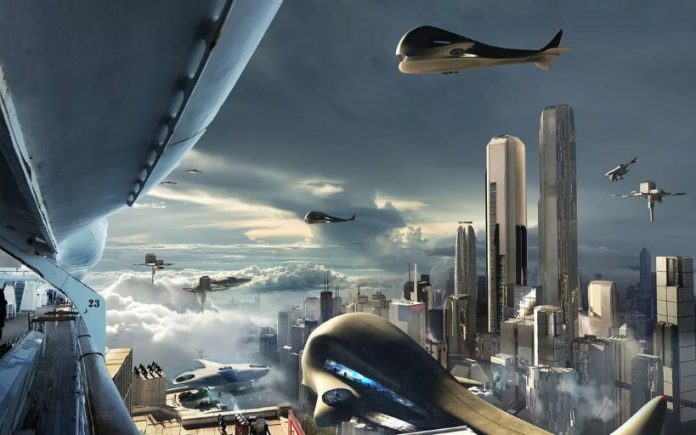 We know for sure that in 2045 the world will be completely different. It is likely that artificial intelligence will change many industries, unmanned aircraft will move from the military to the civilian market, and cars without a driver will make our trips much safer.

However, when it comes to technological advances and the digital world, it is better to ask experts about the future. So what will happen in 2045?

Dr. Justin Sanchez, a neuroscientist and director of the DARPA Biological Technology Bureau, believes that at the end of 2030 we will learn how to control things just by using our mind. “Imagine a world in which you could just use your thoughts to control your surroundings,” Sanchez said.

“Think about managing various aspects of your home just by using brain signals. Chat with your friends and family simply by using the neural activity of your brain. ”

The world of simple materials

There will be more to the future than just brain implants. According to Stephanie Tompkins, a geologist and director of the US Bureau of Defense Sciences, in the near future we will learn how to create incredibly durable and very light things. Imagine a skyscraper using materials that are as strong as steel but light as feathers.

“I think in 2045 we will find that we have a completely different relationship with the machines around us,” Pam Melroy said, an aerospace engineer and former astronaut. “I think that we will completely stop using tangible interfaces to control technology.

For example, in order to prepare for boarding an aircraft, pilots need to do the following: prepare navigation, exit cruise mode, start tuning throttles, put the gear into lower mode. All these steps must occur in the correct sequence.

In 2045, landing the aircraft will be as simple as viewing the news on social networks. In the near future, the pilot may simply say “Getting ready to land” and the computer will take a series of complex steps that must be completed to land. In addition, the algorithm will adapt to the current weather and the location of the landing strip. Full autopilot, even during landing.

Steven Spielberg’s 2018 adaptation of Ready Player One takes place in 2045, the world plunges into chaos and is on the verge of collapse. People seek salvation in a vast universe of virtual reality, rushing into a dizzying, distorting reality. It’s an alternative, quite possible scenario.

Our world will be full of examples and surprises of this kind, when we can directly communicate our intentions and have results automatically obtained. What do you think of the world in 2045? Write your opinion in the comments!

In this article:2045, future world