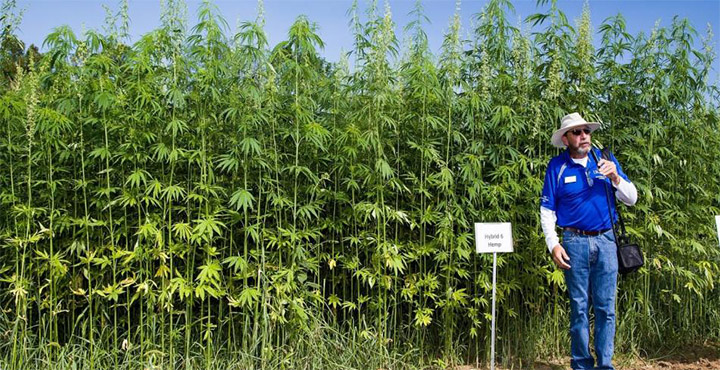 In common parlance, hemp and marijuana are often referred to as completely synonymous, but this is not the case.

Hemp is considered by many experts to be one of the most environmentally friendly, nutritious and medically efficacious natural products the world has to offer and now more and more people are clamoring for its use to be rehabilitated and no longer suppressed because of its tenuous association with recreational highs.

Humanity has been aware of the benefits of using hemp since the dawn of civilization. Hemp seed husks have been discovered at numerous Neolithic burial sites in central Europe suggesting that they were used in funeral rites and therefore must have been considered a useful and valuable commodity. As time went on, hemp became one of Europe’s most essential industrial crops especially as ships took to the seas. Hemp production was essential in the creation of tough and durable ropes and thick canvases used to make ship sails. 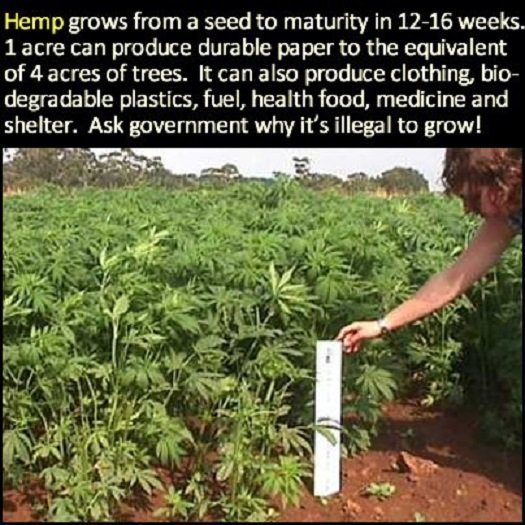 Hemp continued to be an essential part of industry until the end of the Second World War. While the United States now prohibits the growth of hemp crops, during the war it was mandatory for farmers to set aside portions of their land for its cultivation. If they refused, then the farmers could find themselves with heavy fines. The United States government believed that the cultivation of hemp was essential to the war effort and the crop even formed part of its propaganda effort with ‘Hemp for Victory’ posters being displayed in public places.

But the love affair that the United States government enjoyed with hemp did not last deep in the twentieth century. The smoking of marijuana became something of a moral panic in the 1950s, and strict legislation against its use ballooned over the coming decades. In the bid to prohibit the use of the recreational drug, hemp too came under fire because of the close similarity in the plant species.

This association was rather misguided. Industrial hemp is not known for its psychoactive qualities. Marijuana plants cultivated for recreational highs tends to contain fairly high levels of Tetrahydrocannabinol (THC). Hemp, on the other hand, contains very little of this chemical, approximately a tenth of that contained in the marijuana plant. To gain a slight psychoactive high from smoking hemp cigarettes, an individual would have to smoke around twelve within the space of an hour. Despite this, hemp too was discarded in the zeal to trample out the effects of marijuana.

Some Facts on Hemp

• Farming 6% of the continental U.S. acreage with biomass crops would provide all of America’s energy needs. • Hemp is Earth’s number-one biomass resource; it is capable of producing 10 tons per acre in four months. • Biomass can be converted to methane, methanol, or gasoline at a cost comparable to petroleum, and hemp is much better for the environment. Pyrolysis (charcoalizing), or biochemical composting are two methods of turning hemp into fuel. • Hemp can produce 10 times more methanol than corn. • Hemp fuel burns clean. Petroleum causes acid rain due to sulfur pollution. • The use of hemp fuel does not contribute to global warming.

The suppression of hemp cultivation was a tremendous blow for many farmers. Hemp is a very easy plant to grow. It has a growth cycle of only 120 days which means that it yields regular harvests, it is extremely durable in most weather conditions and it is very resistant to bugs and parasites meaning that it does not require a great deal of care and attention. Even better, hemp crops improve the soil structure of the land they grow in.

Other benefits associated with hemp have come to light in recent years. Hemp has a significant biomass which means that it absorbs huge amounts of CO2, which is a greenhouse gas. This means that it could counteract some of the most noxious effects of modern industry which relies primarily on fossil fuels.

Perhaps, experts suggest, hemp could do even more than mitigate the effects of the climate change – it could even provide a way to roll them back significantly. In 1941, Henry Ford built a car from hemp plastic which also ran on hemp fuel. The entire car was biodegradable and environmentally friendly which means that hemp could one day replace the damaging materials used in modern car production.

Given the clear benefits of the use of hemp, one might imagine that forward-thinking policy members may start to think about bringing hemp cultivation back into the mainstream as the problems associated with global warming become all the more acute.