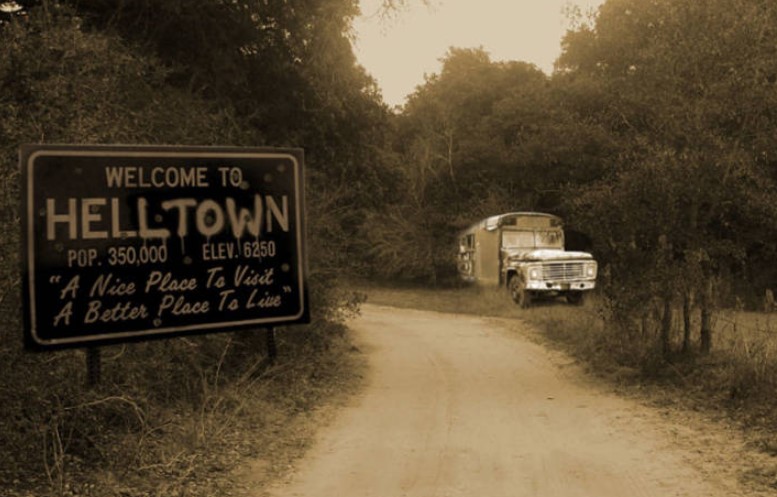 Whether you’re talking about the paranormal or just plain odd, Ohio is easily the strangest state in the US.

There are ten times more hauntings, more cry baby bridges, and more urban myths across the state the state of Ohio than any other state, but among all creepy or weird places in Ohio there is one that stands out to such a degree that you would think the weirdness in the rest of the state was actually emanating from it. Welcome to Helltown Ohio….

Helltown is a specific area within the Boston Townships that borders the Cuyahoga Valley National Park. In fact it is one of the original Boston communities; originally named Boston Village.

It found its new name as a result of the mass eminent domain seizure of homes in the region during the mid-1970s. The large number of vacant homes and other derelict buildings, a few disappearances and word spread that Helltown was home to a satanic cult.

There are so many urban myths, folklore (or fakelore), and paranormal locations in Helltown Ohio that its difficult to know where to begin, so we’ll start with the myths.

The belief that Satanists inhabited the Helltown may have begun with the abandoned buildings, but it didn’t end there. The story grew until the Satanists were said to be sacrificing animals by night in the local Presbyterian church.

The church itself doesn’t help refute the story; it’s a creepy old building built facing a fork in the road, and exactly the sort of place children make up stories about.

However; there has never been any real evidence of Satanists in Helltown, and while pretty much everybody tells the story, most are well aware that this is just a myth.

As if Satanists weren’t bad enough; the Helltown Ohio myths take a definite turn for the weird when you start hearing about the Helltown mutants.

There are two origin stories to the myth; one tells that a chemical plant exploded and another tells that there was a massive illegal chemical dump in the Cuyahoga River just upstream from the area known as Helltown.

These stories lead into a massive 30ft python (which you would think somebody might have caught on film by now) to a single hiker caught in the chemicals that mutated in to a sort of half human super powered monster. The “Peninsula Python”, a gigantic snake that wanders Helltown’s woods for food of the human sort is said to live in the river, while the mutant hiker is said to live in a small abandoned house in the woods.

The truth behind these is that there has never been a chemical plant in the area and the chemical spill rumour may have come from the 1985 discovery of toxic waste being dumped. However; the dump was discovered when a hiker in the park became ill after touching something coming out of some rusted drums at the abandoned Krejci Dump.

At least that part of the Helltown urban myths is true, but also true is that the hiker later died in a nearby hospital.

The Helltown Cry Baby bridge is a different matter. Although many have reported the sounds of a baby crying, the most notable occurrences on the cry baby bridge are of a physical sort.

There aren’t many details to the origin story of Helltown Cry Baby Bridge, just that a child was thrown from its edge and died below, which is most often the case with all cry baby bridges.

The Highway to Hell and the End of the World

“The Highway to Hell” is in fact the nickname for a specific stretch of Stanford Road in Helltown Ohio where the road enters a steep decline on a wooded hill. The road also narrows significantly at the entrance of the woods creating a sharp drop-off, and at the end of the road (not visible from the top) is a barricade known as “The End of the World.”

Today the portion of “The Highway to Hell” where it enters the woods is closed to vehicle traffic. However; it wasn’t always the case. Helltown legend has it that the road was once a popular target for cut throats and thieves.

Given the lack of visibility, the steep inclines and twists in the road causing drivers to slow considerably the myth was that cut throats would wait in the woods and highjack those driving by. The ghosts of their victims are said to be heard moaning from the surrounding woods throughout Helltown.

The School Bus in Helltown Ohio

The Helltown Highway to Hell myth certainly didn’t diminish when one day in the mid-1980s an abandoned school bus was discovered along the road. While there are certainly numerous reasonable possibilities for how the school bus got there you have to admit it has a certain creepiness factor to it, and this is Helltown afterall.

This was made worse when residents of the area began reporting that they had seen a man presumably living in the bus, which by that time was scheduled for removal by the county.

The authorities put the bus under observation to deter vagrancy, but each night the shadow of a man smoking a cigarette in the bus would appear and the bus would be found empty when the posted officers investigated.

Despite that “Mother of Sorrows” is the English translation of the cemetery’s proper name, Mater Dolorosa Cemetery has become the standard name by which it’s called in most tales of Helltown Ohio.

The cemetery is about as eerie a cemetery as you’ll find. Entirely hidden within the Cuyahoga Valley National Park just east of Peninsula Mother of Sorrows Cemetery has been abandoned for the last fifty years and is now just a scattering of twenty or so tombstones in the forest.

It’s said that the Helltown Satanists we explained earlier are buried on these grounds in unmarked graves, but the more notable spirits are those of Michael Raleigh who’s face is said to appear in his tombstone when it rains or in the reflections of moonlight, and Thomas Cody whose spirit wanders the woods of Helltown at night and can be sometimes seen peering out at night time visitors.

The Cabin in the Woods in Helltown Ohio

Depending on who you ask there are two abandoned structures in the Helltown woods that play the part of the infamous “cabin in the woods”.

The story of the cabin in the woods tells that somewhere in the forests of Helltown there is an abandoned residence that when approached a heavy fog will set in sealing it off from the outside world and making it impossible to navigate the terrain.

Some claim that the cabin is a specific house not far from the Highway to Hell. However this house has recently been restored and is currently the residence of a family of four.

The other structure pointed to as the Helltown cabin in the woods is in fact the barn shown in the image. The barn of course pulls in the Satanic cult myths from above, but also includes from time to time stories of red eyes that appear in the fog.

The fog itself is actually a reality and although it ups the Helltown creepy factor by about a thousand degrees, it’s in fact perfectly natural.

Cuyahoga Valley National Park is home to one major low lying river, about a dozen smaller offshoot streams and creeks, and more ponds than you could count. Under very common circumstances the Helltown forests are covered in fogs put off by these waterways.

Believe it or not we’ve only covered a handful of the urban myths saturating Helltown. We could probably write another five pages on the lesser myths, but a couple do stand out enough to warrant a mention.

There have been a number of visitors to Helltown that reported being chased by a hearse, and as it turns out there was once a resident of Helltown that owned a hearse, but I’m sure he didn’t appreciate the constant attention when people started accusing him of chasing them in it.

A set of rail tracks runs through Cuyahoga Valley National Park and its said that where the tracks cross the Cuyahoga river the headless phantom of an early 1900s train conductor can be seen by the water beside the bridge. There’s really no back story here; just a headless train conductor hanging out by the river in Helltown.

Lastly; the same barn mentioned above is often included in another legend that tells of a slaughterhouse where numerous versions of “bad things” happened. Locals telling these myths will also tell of the stench that seems to come and go and the whispering voices that accompany it.

In this article:Helltown Ohio, mutants 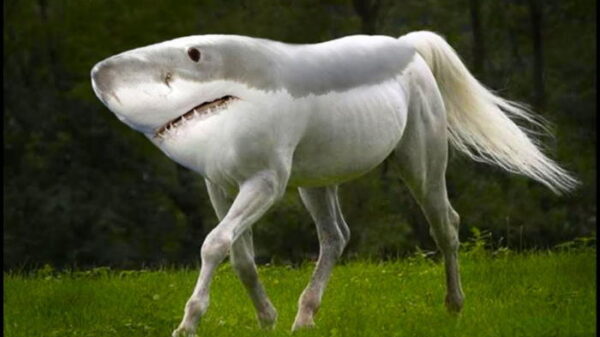