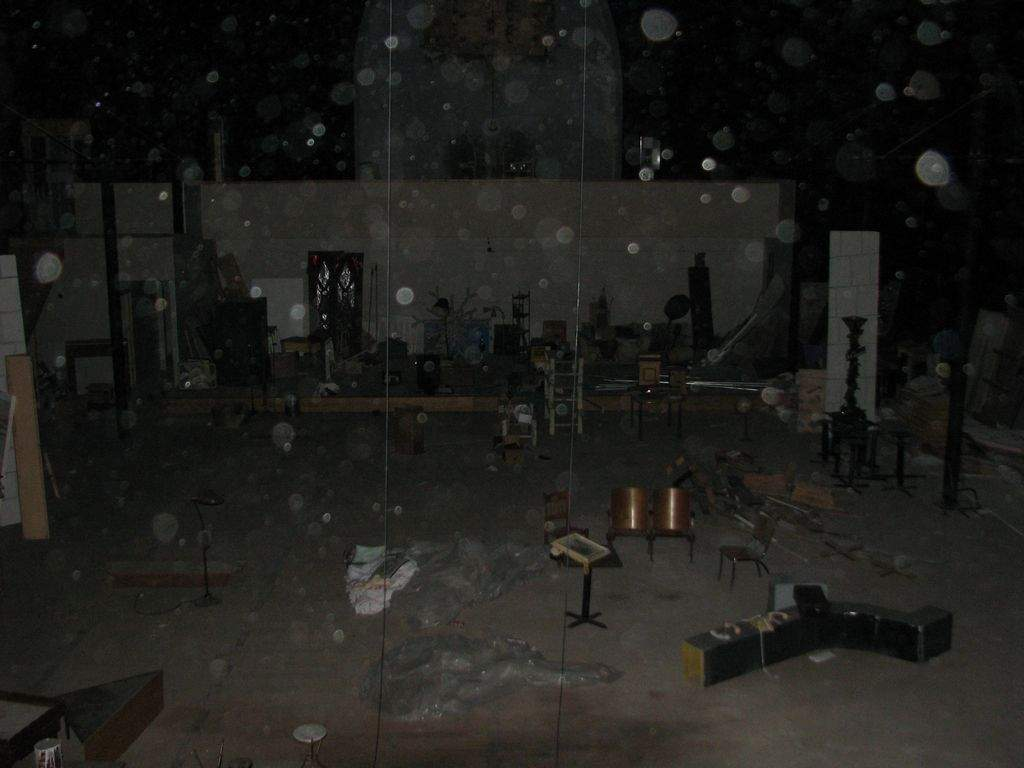 Almost half a century has gone by since mass was celebrated inside the old Immaculate Conception Church. After the building that now houses Holy Family Catholic Church was built in the mid-’50s, the the Catholics moved out and the building became a recreational facility before getting to the state it’s in today — abandoned and up for sale. But it appears former the spirits of some parishioners never left, and at times the energy has been so strong it has stayed around in a residual form.

Almost half a century has gone by since mass was celebrated inside the old Immaculate Conception Church. After the building that now houses Holy Family Catholic Church was built in the mid-’50s, the the Catholics moved out and the building became a recreational facility before getting to the state it’s in today — abandoned and up for sale. But it appears former the spirits of some parishioners never left, and at times the energy has been so strong it has stayed around in a residual form. Perhaps it sounds odd or maybe ironic — depending on who you are — that a church has spirits roaming, yet when it comes to the stories of those who used the building, it’s clear something’s going on. Hannibal Arts Council Director Michael Gaines used to call the old church home. He lived there for three years during its final days as an operating facility. The former balcony was completely renovated into a large apartment. That’s where the choir would sing and those who preferred to have an aerial view of mass would spend an hour each Sunday. When Gaines wasn’t having weekend parties kept lively by a rented DJ, the old church would give him memories he wouldn’t forget. “I went up three floors, sometimes in the dark, to get up to the loft. Once you got into the loft it was like you got transported to some other place,” he said. “I literally had times during that three years I heard babies crying. Kind of weird. And the one most distinct kind of experience was literally someone giving a sermon. It was like you heard it coming from the sanctuary. It was just a raised voice. “It didn’t scare me necessarily, but it was kind of weird. I heard organ music twice. There was no organ left in that church. It was classically-based, pipe organ sound. As a musician, it sounded really good.” Downstairs though, there was more going on between the living and the suspected living impaired. Hannibal Community Theatre, the current owners and operators of the building, had their productions in the church basement. A number of their members, past and present, experienced something more than once and they’re convinced. “People have heard and seen things, different voices,” HCT Vice President Stephen Boltinghouse said. “I think we’ve got a number of people that would not come in here by themselves.” During one particular production Jamie Grady got complaints from audience members of people moving around backstage. “They would see people peek their heads out and look at the audience,” Grady said. “There was nobody back there. They were peeking out from behind walls that lead backstage.” Faces couldn’t be made out, they were just images and shadows of people clearly peeking out and walking around. Grady found the news creepy, but there would be an incident when she would experience her own shadow person. “There was a guy with a hat on walking around the back,” she said. “I was getting kind of irritated about it because I didn’t want him to be distracting to the cast.” Grady sent her mother to the back of the room to assist the gentleman, but there was no need, no one was there. “He was fairly tall,” Grady said. “He was wearing, kind of reminds me of an Indiana Jones hat.” A paranormal team from St. Louis came in and captured voices on recorders, Grady remembers. One of the phrases caught was a woman saying, “Tom left me.” A medium with the group asked her if someone named Tom or if Father Tom would be associated with the building’s history because he was communicating with someone named Tom, but no one knew. However it appears there are several folks trying to get attention beyond the grave. During our tour of the building with Boltinghouse, the iPhone app iOvilus – which allegedly picks up words spirits are saying – gave off the names Tom, Lisa, Sandy and Pastor Anthony. The word “bridge” appeared while walking along the ledge of the former choir loft that hung over the sanctuary and the word “altar” appeared when in the area the altar would have once stood. Former HCT member Ilene Levy is very much convinced the old church is hot spot of spirits. She had her skepticism, but when a ghostly presence was clearly in the same room, she became a believer that not everyone went home when mass ended. She heard men talking near the women’s rest room, and props, scripts and other things would be moved or missing when no one was in the building over night. However, a flying ham was what got her attention. “One of the community theatre members and I, we were talking and we were raffling off a ham as a door prize. It was on the counter top,” Levy said. “This other gal and I were talking about the problems with the building and all of a sudden it was like a hand flipped the ham off the counter top. The plate and the ham landed in the hallway. Neither of us had touched it.” From that moment on she announced to spirits that she was in the building. A friendly hello, she said, was the best thing to do after seeing a ham fly off a counter top. Fate has yet to be written for the old Immaculate Conception Church. However, it appears whoever buys the building may be getting a place with a lot of spirit…or spirits. 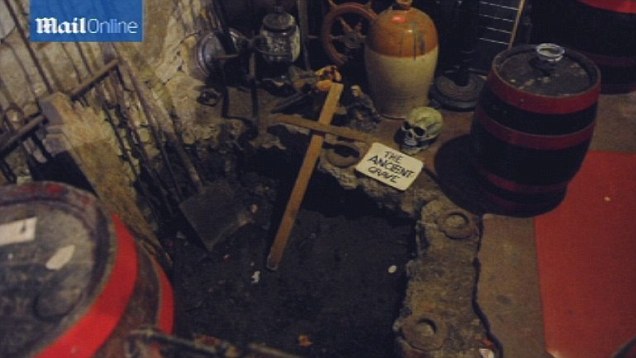