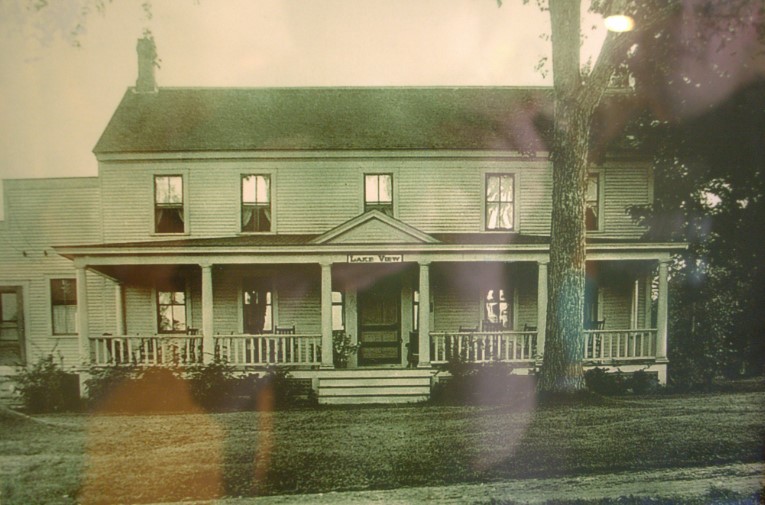 In 1874, uncanny events were happening in the home of William and Horatio Eddy, two middle-aged illiterate brothers, and their sister, Mary.

According to newspaper and Spiritualist accounts in 1874, mysterious incidents were happening in a small Vermont farmhouse near Chittenden where the Eddy’s lived. They resided in a two-story building that was reported to be infested with supernatural entities.

People came from all over the world to experience them in the house that Spiritualists dubbed the “Spirit Capital of the Universe.” Prominent attorney Henry Steel Olcott was a skeptic until he experienced the paranormal incidents.

William and Horatio were descended from a long line of psychics. Mary Bradbury, a distant relative, was convicted of witchcraft in Salem in 1692. Their grandmother had second sight and often went into trances and spoke to entities that no one else saw.

Their mother, Julia, was known for scaring neighbors with predictions and visions although her husband, Zepaniah, condemned her powers as the work of the Devil. She learned to hide her gifts from the cruel and abusive man.

When the couple had children, strange poundings began shaking the house, disembodied voices were heard in empty rooms, and, allegedly, babies vanished from their cribs. They were discovered in the house and outside.

As William and Horatio grew older, their paranormal powers strengthened. Zepaniah beat them with a rawhide whip. He tried everything he could to stop the paranormal incidents by abusing them. The events continued. He doused the boys with boiling water, on the advice of a “Christian” friend.

When this didn’t work, he allowed this friend to drop a hot coal into William’s hand to exorcize the devils. When he realized that he couldn’t stop them, he was furious.

Zepaniah realized they had money-making potential, so he sold them to a traveling showman, who, for the next fourteen years, took them all over America, Canada and Europe. He challenged audience members to try to awaken the boys from their trances, as part of their performance.

The brothers moved home after their father died. They and Mary opened the farmhouse as an inn, the Green Tavern.

Were they genuine or a hoax? Henry Steel Olcott challenged the authenticity of the events at Eddy House. He had no interest in the paranormal before he read about the brothers in the Spiritualist newspaper, the Banner of Light. Although skeptical, he knew that if the stories were true, they were important in physical science.

Olcott traveled to Vermont, accompanied by newspaper artist Alfred Kappes. They planned to investigate the weird events in the Eddy farmhouse. If the stories were a hoax, they would expose the Eddy’s in the Daily Graphic newspaper as charlatans. If they were genuine, Olcott would confirm the validity of Spiritualism. He was determined to be fair and unbiased.

Olcott’s first impression was that the brothers were belligerent and unfriendly. They weren’t the scamsters he expected. He attended an outdoor séance. A group of ten participants gathered in front of Honto’s Cave, named in honor of the Native American spirit who often appeared there. Olcott investigated the cave and found no other egress. Horatio was the medium for the séance.

He sat on a stool in the cave’s opening and was draped in a makeshift spirit cabinet formed by shawls and branches. As Horatio sat there, a gigantic man, in AmerIndian clothing emerged from the cave. While Horatio spoke to the spirit, someone cried and pointed toward the top of the cave.

There was another enormous AmerIndian. A spectral female materialized on a ledge. Ten specters appeared during the séance. After the séance ended, Olcott and Kappes carefully searched the cave and the surrounding area for footprints. They found none. Olcott found the séance convincing but wanted to try to detect fraud in the farmhouse.

Kappes and he carefully examined the large séance room. Olcott drew maps, charts and diagrams and took numerous measurements because he was sure he would find false panels, secret doors and/or hidden passages. He found nothing. He convinced the newspaper to hire experts to examine the house. Carpenters and engineers were the consultants. They found nothing unusual.

Each séance was basically the same. Guests sat on wooden benches in the room. A platform was lit by a kerosene lamp, in a barrel. William, the primary medium, got on the platform and entered a small cabinet. Soft voices whispered in the distance.

Often, it was singing, accompanied by phantom music. Musical instruments soared over the heads of the audience, disembodied hands appeared, waving and touching spectators, odd lights and unexplained noises appeared. The first spirit emerged from the cabinet. They materialized, alone or in groups. Some seemed solid; others, transparent and otherworldly.

Olcott examined the spirit cabinet and platform and found no trap doors or hidden passages. There was no room in the cabinet for anyone other than the medium. Olcott was familiar with the work of stage magicians and fake mediums, but couldn’t find any of their trickery in the Eddy house.

Olcott concluded that such a show would have required actors, costumes and would have cost a fortune. The brothers were nearly penniless. Olcott believed that fraud would have been physically and financially impossible.

Olcott documented the paranormal events in the newspaper and wrote a book, People from Other Worlds. The book contains meticulous drawings of the apparitions, the grounds, the house and blueprints of its construction that proved there were no hidden passages.

He collected hundreds of affidavits and testimonies to the events and reproduced dozens of statements from respected tradesmen and carpenters who examined the house for trickery.

The Eddy brothers and Mary went their separate ways. Horatio died on September 8, 1922; William on October 25, 1932. Some people are inclined to dismiss the events as fiction; however Olcott’s extensive documentation and investigations imply the events weren’t a hoax.

He was skeptical and analytical during his ten-week stay at the farmhouse and he became a believer.

In this article:Eddy Brothers, Green Tavern