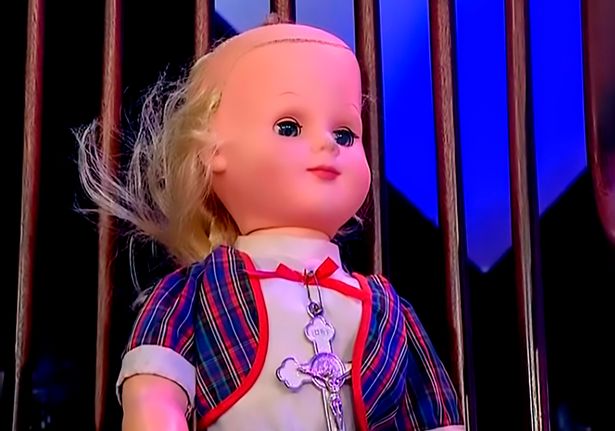 A woman claims that her creepy doll was so jealous of her boyfriend that it beat him up so badly that he left her.

Identified only be her first name Berliz, from Callao in Peru, she said the doll named ‘Deisy’ even slashed her face in a rage, making her scared to get rid of it.

Berliz said that the doll can move by itself and also gets up to mischief, making it seem as if other people are walking around the house.

She also claims it has poltergeist-like powers which it uses to knock things over.

Berliz told local media that her mother gave her the creepy doll as a Christmas present, but then it suddenly lost its hair one day after which she decided to put it in a plastic bag.

Berliz said she decided to place it facing the wall, however, when she woke up she saw that the doll had turned its head and was looking at her.

And there are apparently other bizarre occurrences as well.

She said: “One day, a bright light suddenly shone and my bible fell down from the TV. I started to cry and the light turned off and I saw shadows all around me.

“I was only 18, and my dad hugged me and when the light came on my face was covered with cuts.”

She claims that the doll forced her boyfriend to leave her because it “grabbed and beat him” while he was sleeping.

Berliz said that the same thing happened to her cousin, who went to have a lie down in her room but also ran out after allegedly being attacked by the doll.

The young Peruvian, who is now a mother, has decided to keep the doll away from the house in case something bad happens to her baby.

She also decided to get a black cat to “balance” the negative energy left by the doll, but is too scared to throw it away.

According to the distressed woman, a clairvoyant told her that cats are very sensitive to energy as Berliz’s feline tends to stay under the chair where the doll was kept rather than lying in front of it.

The chilling doll is reminiscent of the Charles Lee ‘Chucky’ Ray character who is the main villain of the ‘Child’s Play’ slasher film series. 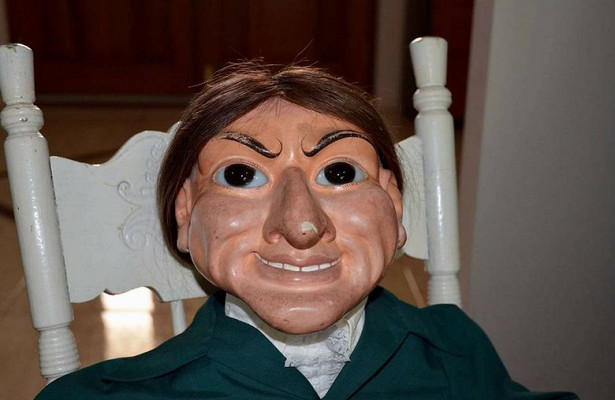 This story began in 1970 in Australia in the small town of Wagga-Wagga. A man named Carrie Walton arrived there for the funeral of his...