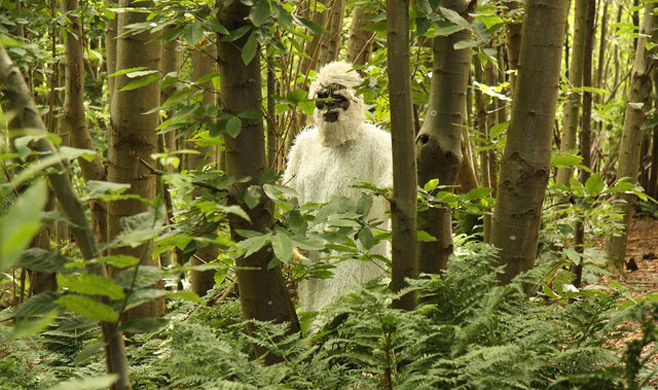 A group of Russian enthusiasts says they have new evidence of the existence of a Russian bigfoot — and it was found just outside of Moscow.

On a table inside the capital’s illustrious State Darwin Museum last month, surrounded by glass cases containing beetles and moths, lies the purported proof: a fragment of tree bark that appears to have been marked by a large primate.

The bark sample was taken by Andrei Stroganov, a biophysical technologist at Moscow’s Agricultural Academy, from an uprooted two-meter-long tree trunk that he says had been planted in the earth and marked with horizontal scratches. Stroganov found the curiosity in July in a forested area near a railway line in the Solnechnogorsk district — just five kilometers from the Moscow satellite town of Zelenograd — while scouring the forests for signs of the Almas, as the Russian bigfoot is known, after hearing reports that such a creature had been spotted in the area.

“The Almas is cosmopolitan,” jokes Stroganov in response to an expression of alarm at its apparent proximity to the capital.

“I am not worried: They are benevolent and need our protection.”

Igor Burtsev, an athletic septuagenarian who has become Russia’s most vocal publicist for Almas research and is also present in the Darwin Museum, concurs. He calls the as yet mythical creatures “Forest People” and sees them as a hybrid species, half-human and half-something unknown.

Stroganov has placed the tree bark behind Perspex glass, over which he has drawn measurements. He thinks the marks resemble a paw print measuring nine inches across. There are no thumb marks, nor are there the claw marks of a bear.

Stroganov takes swabs of the bark prints and, with Burtsev videoing the proceedings, secures them in small plastic folders. They will air-mail these to Alabama in the U.S., where the Russian-born researcher Vladimir Yamschekov will do a morphological study of the traces and check out any DNA.

Burtsev heads a closed online Russian-speaking community of researchers and investigators that includes members in Ukraine and Kazakhstan. They all share the belief that the Almas announces its presence with stick structures.

Burtsev has just returned from a 1,730-kilometer journey to the city of Miass in the Urals region of Chelyabinsk, where he stayed with someone who claimed to have seen a Almas and be able to show just such signs of the creature’s habitats.

He was reluctant to discuss the details, saying only that he had seen “confirmation” of the Almas’ presence there.

“There is more information on this than when I started 50 years ago,” he said. “Then again, people have less time now and travel is more expensive. The bigfoot scene in America is bigger.”

Indeed, the quest for definitive proof of bigfoot, the towering man-like ape that reportedly walks on two legs and terrorizes loggers and campers in North America, has been well documented for decades. The search for his Russian counterpart is less well known.

The Soviet government set up a “Almas Commission” in 1958 to conduct field work on the matter after Everest mountaineers returned with tales of the yeti. The commission was short-lived, but areas like the Urals, Siberia’s Kemerovo region and the Caucasus became known as the stomping ground of the real-life Almas.

Burtsev, who lives with his daughter in a Moscow suburb, is waiting on a visa to visit America. There he will reconnect with bigfoot advocates such as Thom Cantrall and Randy Bisson, and hopes to generate interest in an English-language book he has written on the Kemerovo Almas.

Russia’s yeti-hunters have not only allies abroad, but also those who argue against the Almas’ existence.

Professor Bryan Sykes, a 67-year-old geneticist and fellow of Wolford College, Oxford, has written his own book debunking some purported evidence of the creature’s existence. Sykes previously helped identify the bones of the last of the Romanovs, Russia’s royal family murdered by the Bolsheviks in 1918. Now, in “The Yeti Enigma,” due out in September, he draws on the same expertise to look at alleged yeti evidence. He claims that all the 39 supposed yeti hairs and teeth samples that he tested came from ordinary animals. Sykes has also suggested that the Himalayan yeti is a species of polar bear.

Last October, Burtsev took on his nemesis in a TV series called “The Bigfoot Files” broadcast by the U.K.’s Channel 4.

The two men also clashed over a skull in Burtsev’s possession believed to have belonged to the son of a “wild woman” who had been held in captivity in Mongolia 150 years ago. After testing some samples, Sykes hypothesised that she might have been a black African slave, or a descendant of a group of people who migrated to Mongolia from Africa thousands of years ago. Burtsev insists that the skull’s shape is not that of an ordinary human.

Michael Trachtengerts, a colleague of Burtsev who also featured in the program, remains unswayed by Sykes’ arguments against the existence of the yeti.

“The samples he tested were doubtful,” he says over a recent lunch in a Moscow cafe. “Hairs from Siberia were identified as belonging to a North American brown bear! How is that possible?”

Trachtengerts, who has his own dual-language website on the Almas, remains optimistic that proof will soon be found. He is nearly 80.

While Burtsev waits for his U.S. visa, his collection of footprint casts — as well as the contentious skull — remain stashed away in a Moscow garage. Burtsev hopes to transfer them to a sanctuary in the form of the State Darwin Museum.

The museum has provided a haven for the Almas hunters since 1960. They gather there every month. This does not necessarily mean, however, that the museum officially believes in their cause.

“I specialize in birds, and haven’t looked into this problem,” says Vitaly Kontorshchikov, a staff member of the museum’s ecology department who was present at the bark examination.

“However, we can say nothing until we have some real bone samples. No bones — no science,” he said.

This leaves the usually garrulous Bourtsev silent. He merely offers a sphinx-like smile. 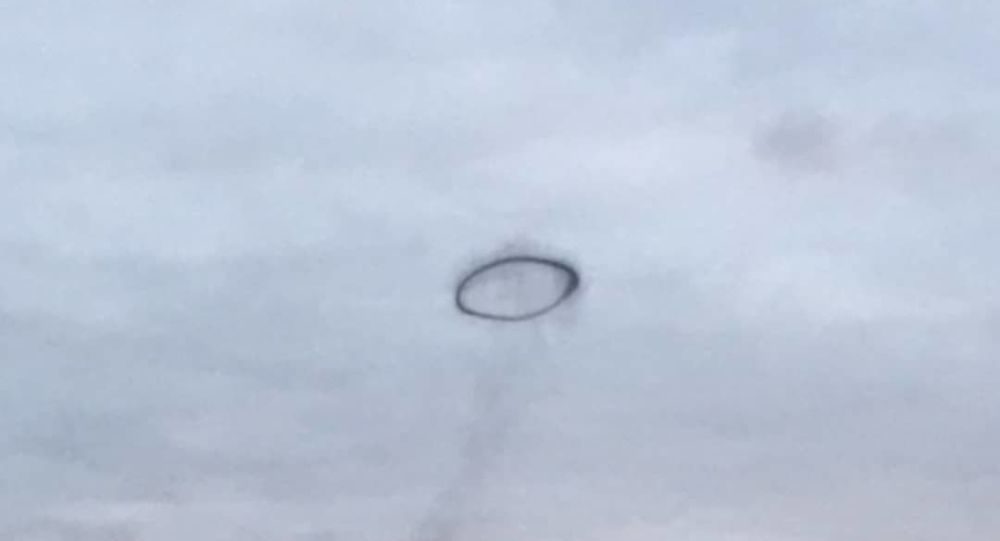 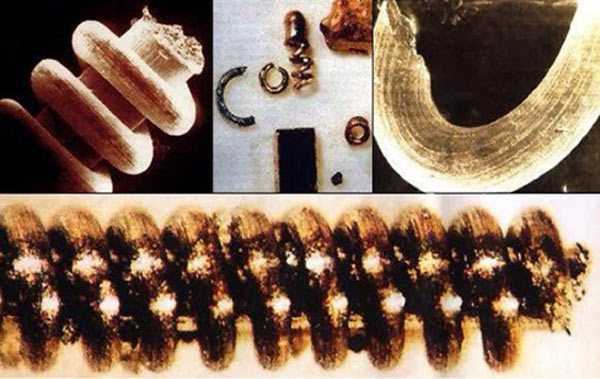