One of the main themes that excited the minds of eschatologists at the turn of the millennium was the so-called “Third Secret of Fátima” – the final part of the apocalyptic revelations received in 1917 by three Portuguese children, the most famous of whom was Lucia Santos.

This last prophecy was strictly classified by the Vatican and it went from hand to hand only in lists compiled on the basis of secondary evidence. As many thought in the 1990s, the prophecy concerns the period 1999-2000, which the world passed safely and forgot about Fatima.

However, with the onset of the coronavirus pandemic, researchers’ interest in the prophecy unexpectedly resumed, since it is reliably known that, according to the story of Lucia Santos, the  Apocalypse will begin with some kind of plague, and this plague will arise, according to new recent recalculations somewhere in 2020, that is, just in the official year of the start of the pandemic.

How is this year known and what were the calculations based on? The source of all this is the very famous interview with Radio Art Bell by Martin Malachi, an Irish Catholic priest, professor of paleography at the Vatican Pontifical Bible Institute and secretary to Cardinal Augustin Bea.

In 1960, this man was introduced to the text of the secret prophecy and took an oath not to divulge it. But, in 1993 and shortly before his death in 1998, Martin Malachi gave several large interviews with Art Bell, dedicated to the Third Secret of Fatima, and there the following version of the prophecy was unveiled:

A great plague will befall humanity. There will be no order anywhere in the world. Satan will rule the highest places, determining the image of things. He will be able to seduce the great scientists who invent weapons with which it will be possible to destroy most of humanity in a few minutes. Satan will receive his authority. The powerful who command the people will motivate them to produce massive amounts of weapons. God will punish man more thoroughly than the flood, for in those days everything will end.

The great and the mighty will perish along with the small and the weak. Even for the church, this will be a time of greatest trial. The cardinals will oppose the cardinals. Bishops will oppose bishops. Satan will walk among them, and there will be revolutionary changes in Rome. The church will be darkened and the world will shudder with horror.

The Great War will break out. Fire and smoke will fall from the sky. The waters of the oceans will turn into steam, and the steam will rise and flood everything around. The waters of the ocean will turn to fog. Millions and millions of people will die hour after hour. Whoever remains alive will be jealous of the dead. Wherever you look, there will be suffering and pain, ruins in every country.

The time is drawing near. The abyss expands hopelessly. The good will perish with the bad. Great with small. Princes of the Church with the faithful. Rulers with their people. Everywhere there will be death due to mistakes made by unbelievers and crazy followers of Satan, who will then take over the world. In the end, those who survive will, at every opportunity, re-proclaim God and His glory and serve Him, as when the world was not so perverted.

The Art Bell presenter did not have the real text of the prophecy, and therefore he read one of the lists to the Jesuit professor – that is, a text compiled on the basis of the words of secondary witnesses, each of whom somewhere heard something out of the way. After that, the professor was asked – is at least some of this true?

Shackled with an oath not to divulge the secret, Martin Malachi said that in fact the real prophecy is much more terrible than what has just been read and the very publication of the text will have dire consequences. The professor himself, like many in the Vatican, believes that people should still know, but it is not for him to decide such things – it is up to the people who are involved in macro management.

Nevertheless, the text read to him, according to the professor, was compiled by people who, although they did not see the original text with their eyes, wrote everything down from the words of people who were definitely familiar with the prophecy.

Then Art Bell’s radio program presenter read to the professor a fragment of another version of the list, compiled from the words of one of the Jesuit priests. It was the priest who said that the last Pope would be under the control of Satan. Pope John, who had listened to this text upon taking office, immediately fainted, so the priest who told all this rushed to save the Pope, and he was not allowed to read the next document.

To this passage Martin Malachi said:

Yes. It really sounds as if the authors of the text either read the text of the Third Mystery themselves, or they were told this moment by a person who is well familiar with the question.

Thus, today it is reliably known that the Third Mystery is a text similar to the Apocalypse of John, but only written in a more modern language – the language of the 1917. In the course of the events described in the warning, a world war will occur with the use of some new and unknown types of weapons at the beginning of the last century.

Chaos will reign in the world at this moment, when everyone will weave conspiracies against everyone. And at the peak of all these wars, there will be some kind of geological or cosmic incident, because of which even the oceans will boil.

The beginning, the starting point for all this will be some kind of plague that will hit the whole world.

The professor did not specify what kind of plague it would be, but as Martin Malachi noted in his last interview, one should not be afraid of the turn of the millennium, since all the events described in the Third Secret will begin no earlier than 20 years later.

Since the second and last interview of the professor was given in 1998, then, according to the calculations of the author of the YouTube channel Mikael, the plague should have hit the world somewhere in 2020. The video with the analysis was posted online in October 2019 and in what degree the author was right – judge for yourselves.

Advertisement. Scroll to continue reading.
In this article:Martin Malachi, Third Secret Of Fatima 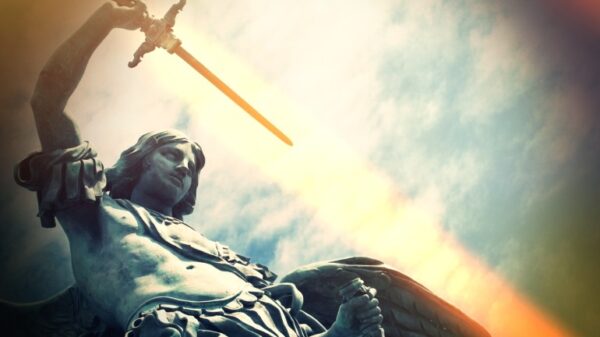 Yesterday, a message was posted on the Christian forum christianityboard.com, according to which a group of Christian mystics calling themselves the Shibboleth Group promised an imminent catastrophe of...