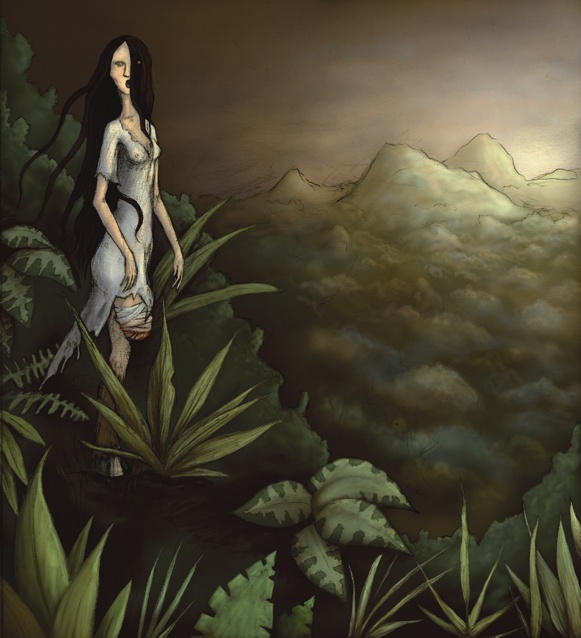 This footage was posted to the channel Cat Burglar Nami but the location of the footage is unknown as yet.

The being in the footage bears a resemblance to the South American creature Called La Patasola, in folklore it’s a female monsters from the jungle, appearing to male hunters or loggers in the middle of the wilderness when they think about women.

The Patasola appears in the form of a beautiful and seductive woman, often in the likeness of a loved one, who lures a man away from his companions deep into the jungle. There, the Patasola reveals her true, hideous appearance as a one-legged creature with ferocious vampire-like lust for human flesh and blood, attacking and devouring the flesh or sucking the blood of her victims.