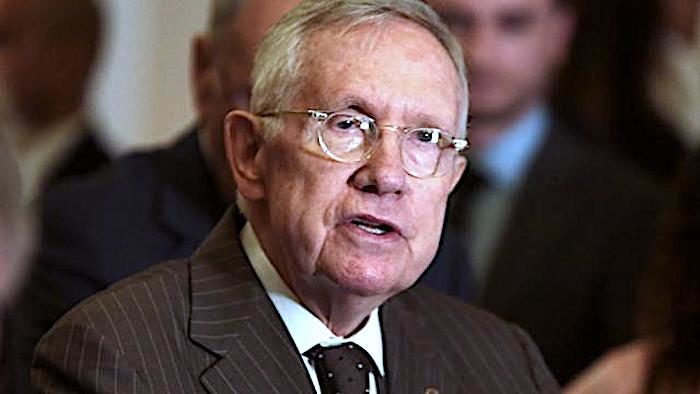 Reid told Nevada radio station KNPR Thursday in an interview that he was about to talk with a key senator to discuss establishing a way for military members to report suspicious sightings without facing backlash.

“What we found in the past is that these pilots, when they see something strange like this, they’re prone not to report it for fear that the bosses will think something’s wrong with them, and they don’t get the promotion,” Reid said Thursday in the interview. “So, many, many times they don’t say a word to anybody about these strange things.”

“The facts are, they need a place to be able to report this, and that’s what I’m going to work on in a couple of hours, to make sure that somebody I think’s a powerful member in Congress, I want him to be able to sit down and talk to some of these pilots who have seen these things,” Reid said. “I can arrange this because of the contacts I have with members of the Congress.”

While Reid said he doubted “little green” aliens existed, he does think much more should be done to study the possibility of extraterrestrial life.

“I personally don’t know if there exists little green men other places, I kind of doubt that, but I do believe that the information we have indicates we should do a lot more study,” he said. “We have hundreds and hundreds of people that have seen the same thing – something in the sky, it moves a certain way.”

As a lawmaker hailing from Nevada, Reid knows quite a bit about super-secretive Area 51, saying he has visited the Air Force facility in his home state “lots and lots of times.”

In this article:Area 51, Harry Reid