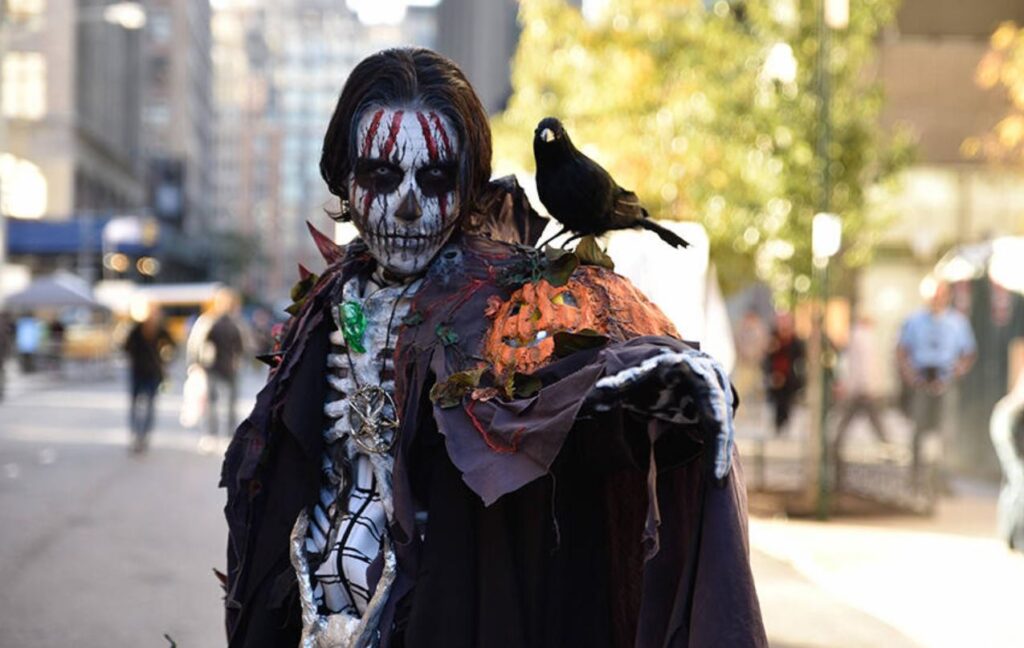 On the even of Halloween, Seoul turned into a real mass burial ground, or some believe, a place of ritual sacrifice. More than 150 people from 13 different countries died during an international stampede at a South Korean Black Sabbath evening. Fans of the local K-Pop music direction were eager for spectacle, and pleased the demons to the fullest. Which is not surprising, as demons always ask for blood, and many participants in this action clearly had problems with their mental and spiritual state.

In Seoul, anti-COVID restrictions were lifted not so long ago – and young people from all over the world decided to break away for the first time in three years to the fullest. As a result, hundreds of thousands of people ended up on the streets, and tens of thousands, blocking each other in a narrow alley, provoked a tragedy in the international district of Itaewon.

As of 16:30 on October 31, 154 people became victims of the incident. At the same time, more than 100 people were seriously injured and injured, and about 300 were missing. It is very likely that these are citizens without documents, whose identification is difficult – so the total number of victims of the stampede could double.

Since Halloween is also a holiday for all self-centered hedonists, it is not surprising that the situation was exacerbated by Seoul’s entertainment establishments – bars and shops simply refused to open their doors to those who were in a crowd of 100,000 to help people. The footage published by eyewitnesses shows this – in order to escape, people climbed on poles and facades of houses, but the eateries were empty.

Moreover, among the dead are citizens of Iran, Sri Lanka, China, Uzbekistan, Norway. This is a vivid negative example of our cultural occupation, which is very much following the export of this coven in the territory of its vassals. The celebration of this action at the official level is a kind of assurance of the devotion of any satellite country to “general democratic values”. And South Korea has long succeeded in this, replacing its native national, a very rich Buddhist culture with a another surrogate. In general, the servants of darkness achieved what they wanted, the demons were also pleased, they gathered a bloody harvest.

At the same time, it should be noted that Halloween is planted all over the world not by chance. It is part of the mass globalist anti-culture – with magic cartoons, comics, movies, clips and computer games, in which dark forces openly begin to dominate. With creepy pasta, columbines and bloody anime, where there is blood and dismemberment on every corner, where maniacs and serial killers are sung, where the most disgusting sadistic inclinations of psychopaths are broadcast and visualized. And in parallel, there is a displacement, if not destruction, of any values such as real beauty, morality, righteousness, purity, etc.

Against this background, the pedestal rises. Material science, technical progress and atheism have already concluded their tasks, by wiping out the brains of their adherents. The era of “new age” and all-intellectual esotericism is also behind us. Now, neo-paganism and pure Satanism are generously poured into the heads of the new generation, the quintessence of which is Halloween. This is the world religion of Antichrist, the anti-spiritual foundation of the new world order.

By the way, on the day of this Black Sabbath, absolutely real sacrifices and murders took place before – we will not give details here, we hope that the symbolic South Korean tragedy which was influenced by the abode of obscurantism is already enough for everyone.

Now is the perfect moment for all to permanently send these ugly pumpkins to the Cabinet of Curiosities, and everyone will have to answer to their own conscience if we do not.

Advertisement. Scroll to continue reading.
In this article:demons, Halloween