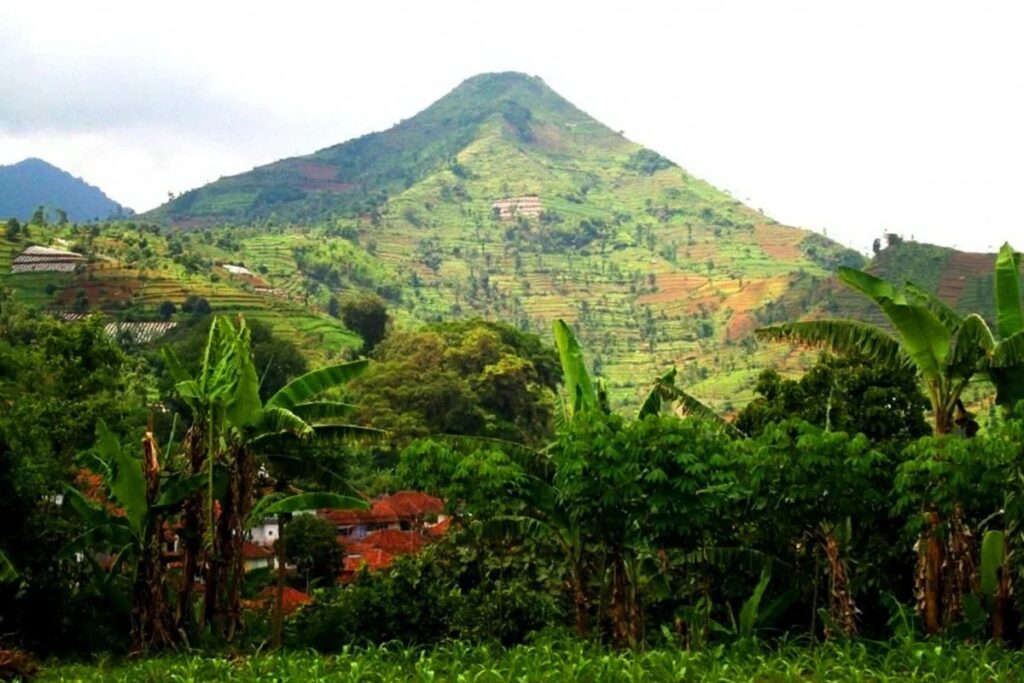 The West Java region of Indonesia is home to the impressive Gunung Padang megalithic site and is arguably the oldest in the world. Locals consider it a sacred place and call it the “Mountain of Light” or “The Mountain of Enlightenment”.

According to legend, it was built by King Silavanga in one night. The hill, discovered by Dutch colonists in 1914, puzzled the whole world.

Gunung Padang consists of five terraces and massive strange columns of volcanic rock. The complex was built with astrological factors in mind. This prompted researchers to consider the mountain a place of worship. Preliminary research indicates that the entire hill was once a large pyramid.

In 2011, geological studies of the mysterious megalithic complex were carried out. The age of the upper section of 6,500 years has been determined using carbon radiometric dating. 3-4 meters below the surface – 12,500 years. As it deepened, the age of the structure increased to 25 thousand years. The artifacts found on the surface are approximately 4,800 years old. The construction of the facility spans four eras.

The area of ​​the site is about 25 hectares, unlike, for example, the temple Borobudur , which occupies only 1.5 hectares.3 of 4

Research has shown that ancient workers used complex construction skills. The pyramid is believed to be an advanced work of a long-lost civilization. The primitive people who supposedly lived at that time could not have created this megalithic object, complex in its design. Gunung Padang was built in orientation to the sun and stars, and without astronomical and topographic knowledge it was impossible to build it.

If the dating is correct, the pyramid was built at a time when sea level was 130 meters lower than it is today. This means that the Java Sea was a fertile plain at that time.

There are many more questions than answers in geological analysis data. Who lived in this area 23,000 years ago? Who built this ancient complex and why? And most importantly, what happened to this advanced civilization? Scientists have to find out. It remains only to wait for the opportunity to hear amazing answers to the world.

In this article:Gunung Padang, Mountain of Light