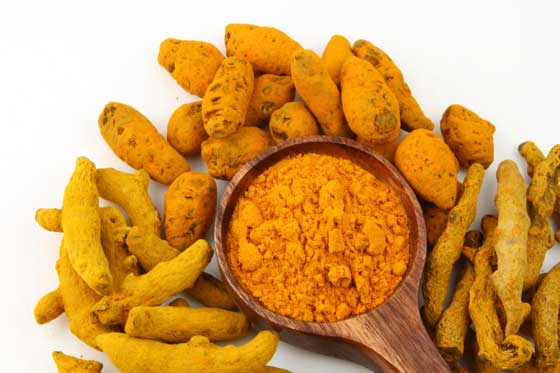 A new study published in the journal Phytotherapy Research has confirmed for the first time in a randomized, controlled clinical trial that the primary polyphenol in turmeric known as curcumin is both safe and effective in treating serious states of depression.
The research was performed at the Department of Pharmacology, Government Medical College, Bhavnagar, Gujarat, India, and involved patients diagnosed with major depressive disorder (MDD).  The objective of the trial was to compare the efficacy and safety of curcumin with fluoxetine (Prozac) in 60 patients diagnosed with MDD. Subjects were randomized to receive either a six week treatment with fluoxetine (20mg) and curcumin (1000mg) individually or their combination.
Success of the treatment was evaluated using the 17-item Hamilton Depression Rating Scale (HAM-D17). The results were reported as follows:
We observed that curcumin was well tolerated by all the patients. The proportion of responders as measured by the HAM-D17 scale was higher in the combination group (77.8%) than in the fluoxetine  (64.7%) and the curcumin (62.5%) groups; however, these data were not statistically significant (P=0.58). Interestingly, the mean change in HAM-D17 score at the end of six weeks was comparable in all three groups (P=0.77). This study provides first clinical evidence that curcumin may be used as an effective and safe modality for treatment in patients with MDD without concurrent suicidal ideation or other psychotic disorders.
If the results of this relatively small trial are applicable to a wider population, this is truly groundbreaking news. There was already a rather sizable body of preclinical research indicating that curcumin is an effective antidepressant in the animal model, but this was not enough to sway most physicians who practice so-called “evidence based medicine” into actually suggesting it to patients as a Prozac or antidepressant alternative. And this is understandable, as the lack of solid human clinical evidence supporting the use of a natural substance is no small matter from a legal-regulatory perspective. Unless a substance has passed through the approximately 800 million dollar financial gauntlet of phase I, II, and III clinical trials required to apply for FDA drug approval, and has actually received that approval, there is scant legal protection for those who use natural medicines to prevent or treat disease and who might face a lawsuit, frivolous or genuine, as a result of a claim of injury.
Curcumin, of course, is extremely safe, with a 2010 phase I safety study finding that oral doses as high as 8 grams a day were well tolerated.  Fluoxetine, on the other hand, is highly controversial due to its well-known toxicity, and its laundry list of side effects, which include suicidal ideation (not a good side effect for someone already depressed!).
Also, even though it would appear the study found that curcumin and Prozac were equivalent in effectiveness, the fact that curcumin comes “…without concurrent suicidal ideation or other psychotic disorders,” clearly proves its superiority over Prozac. There are also a wide range of additional side benefits that come with using curcumin, including its powerful neuroprotective properties. You will find no less than 109 studies on our database documenting curcumin’s ability to protect, and in some cases restore brain function.
Studies like this are greatly encouraging as they confirm the timeless wisdom of plant, mineral and nutrient-based medical interventions which were once the norm before pharmaceutical medicine, only recently, attempted to dominate the spectrum of alternatives available to the public.
Some final details that may be of assistance are: 1) curcumin is approximately 3-4% of the whole root powder by weight. 2) curcumin is poorly bioavailable, as it is alcohol and not water or fat soluble, so must be taken in higher quantities, or in combination with either carrier molecules such as the phospholipid phosphatidyl choline or bioavailability enhancers such as black pepper, or the primary compound responsible for increased absorption in black pepper: piperine.