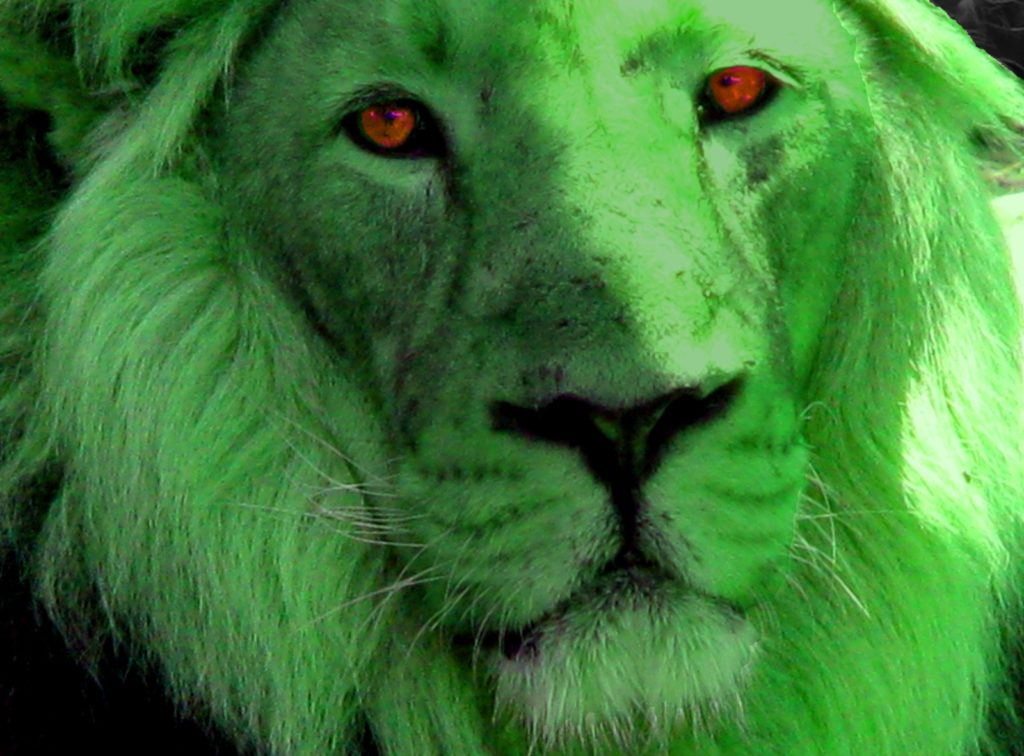 If a black lion (click here for more information) or even a white lion (click here for more information) seems unlikely, how much more so a green lion? Remarkably, however, as very briefly mentioned in C.A.W. Guggisberg’s book Simba: The Life of the Lion (1961) and subsequently recalled in my own book Mystery Cats of the World (1989), what was claimed to be a bona fide green lion was allegedly spied on one occasion by a prospector in the forests of western Uganda. Could it have been an individual covered in greenish slime from a stagnant, alga-choked pool in which it had recently bathed? Possibly, although Guggisberg took a rather more pragmatic view:

“[It] no doubt emerged from a whisky bottle!”
Whatever the answer, this is not the only green-furred big cat on record from Africa.
“Anomalous felines, such as black, red, or white lions, green leopards, and striped cheetahs, reported from many African countries (Heuvelmans, 1983b).”
The reference that he cited there was his own, then-unpublished book manuscript Les Félins Encore Inconnus d’Afrique (The Still-Unknown Cats of Africa). In 2007, however, six years after his death, this important cryptozoological work was finally published, but although I have perused it carefully, I have been unable to find any mention of green leopards in it.
Consequently, earlier this year I contacted French cryptozoologist Michel Raynal, who had been in close cryptozoological contact with Heuvelmans for many years, and asked his views on this subject. In his reply to me of 22 June 2011, Michel stated that Heuvelmans had been wrong, and he confirmed that no mention of green leopards was present in his African mystery cats book. So the original source of this extraordinary claim remains unknown. However, I strongly suspect that the answer may simply be that Heuvelmans had misremembered the short note concerning green lions in Guggisberg’s Simba(with which he was familiar and had referred to in several of his own works), confusing lion with leopard, and thereby inadvertently inventing a mystery cat that had never existed even in legend, let alone in reality.
Having said that, even if a green leopard truly existed it is highly unlikely that we would ever know. After all, concealed amid leafy jungle foliage or verdant grasslands, such a creature would be an unrivalled master of camouflage!
While researching the mystifying case of Heuvelmans’s missing green leopard, I was intrigued to learn that the Chiriguani people of Bolivia believe that solar and lunar eclipses are caused by Yaguarogui, a supernatural green jaguar, attempting to devour the sun and the moon. So now we know of reported examples, mistaken or otherwise, of green lions, green leopards, and green jaguars – what about green tigers?
Eastern mythology includes celestial tigers of several different colours – blue, red, yellow, white, and black, but nothing green. Despite prolonged searches, moreover, I was disappointed to uncover nothing whatsoever on the subject of green tigers – except, that is, for an indisputably green, striped, tigerine companion of Prince Adam, the true identity of super-hero He Man in the popular ‘Masters of the Universe’ television cartoon series produced by Filmation. This unusual cat, made even more so by his ability to speak, is called Cringer and is normally a cowardly, easily-scared creature, but when Prince Adam transforms into his alter ego He Man and points his sword at him, emitting a bolt of energy, Cringer is also transformed – into a huge, fearless, extremely powerful version of himself known as Battle Cat.
Happily, however, there is one realm where even as sequestered a cryptid as a green tiger can be readily found – among the fabulous fauna of Photoshop. So here, to bid you adieu, is a stunning example! 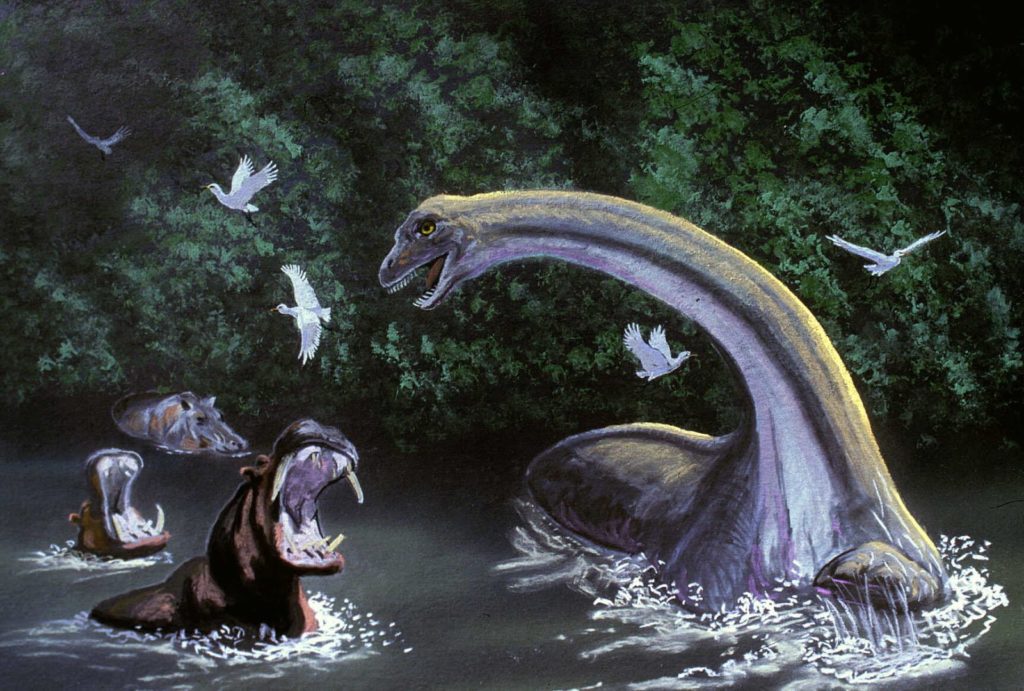