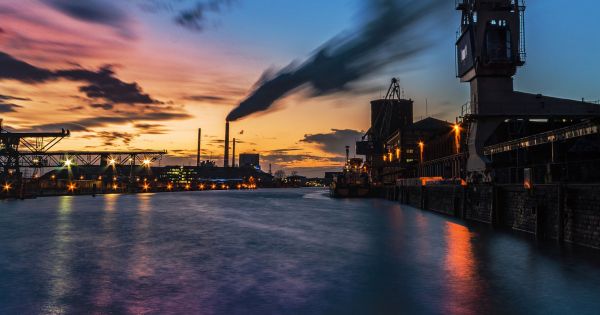 Current U.S. President Donald Trump, like all candidates, made a lot of promises before the election. One of his biggest was directed towards coal workers, to whom he vowed to end the “war on coal,” and bring back the “beautiful” coal industry. Trump claimed that “clean coal” would ensure that “coal will last for 1,000 years in this country.” (We won’t get into the fact that clean coal doesn’t exist the way Trump thinks it does. That’s a topic for another day.)

The problem with all of these promises? As any energy expert will roundly tell you, coal is on its way out. Though coal saw a slight jump in exports in 2017 (thanks to demand from Asia), coal consumption in the U.S. has declined every year for the past decade. It’s largely being replaced by cheap natural gas. China, which has taken over as the globe’s biggest coal consumer, is working to make its coal-fired plants more efficient and to eliminate coal usage altogether in the long term.

That suggests coal workers are being set up for failure. And Trump’s coal-friendly policies simply postpone the inevitable end of this industry.

New research by researchers at Indiana University seeks to address exactly this problem: how can we buoy communities that rely on jobs in fossil fuel industries so that they can transition into a future of green energy?

“The energy transition will bring many benefits to society,” said Sanya Carley, Indiana University (IU) associate professor in the School of Public and Environmental Affairs, in a press release. “But the benefits, as well as the costs, will not be dispersed proportionately across society.”

Carley and her co-authors used a tool called the Vulnerability Scoping Diagram, which has previously been used to identify communities susceptible to the impacts of natural hazards and climate change, to identify geographic areas and individuals that will feel the brunt of the clean energy transition.

Unsurprisingly, they found that the most vulnerable communities were those places where fossil fuels play a large role of the local economy, as well as places where individuals cannot afford the increased costs of cleaner energy. For example, the researchers found that counties in Texas, California, Hawaii, and New York would face the greatest financial difficulty from renewable portfolio policies, in which states require a certain portion of electricity to be generated from renewable sources.

The authors suggest that the tool could be used to target these populations for special programs, such as job retraining, or financial assistance.

“It is important to document adverse effects of policies, not in an attempt to undermine their credibility or efficacy, but to better understand their limitations and unintended consequences,” said co-author David Konisky, an associate professor in the IU School of Public and Environmental Affairs, in the press release.

It’s definitely better for everyone in the long run to handle the end of the fossil fuels with compassion for the people whose work relies on them. Helping those who are the most affected by the switch could even speed up the transition. It might even identify towns with workers that might be good candidates to employ in the rapidly-growing renewable energy sector.

Promises aside, coal’s heyday is indisputably over. And given the adverse affects coal had on both human health and the environment, that’s a good thing. If policy-makers take vulnerable populations more into account and help them move towards a future reliant on renewable energy, maybe they’d be on board, too.

Advertisement. Scroll to continue reading.
In this article:coal industry,fossil fuels