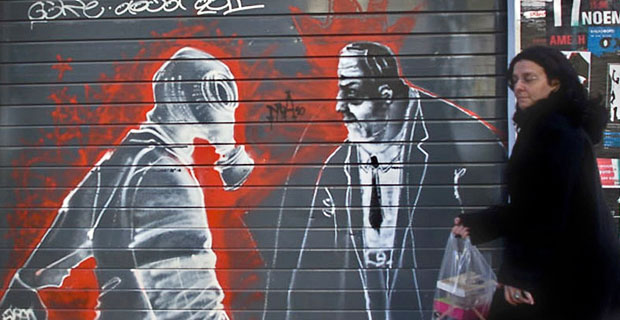 Dr Dimitris Dalakoglou explains the social meltdown which took place in Greece between May 2010 & June 2012 that is on going. This film contains videos and photos shot on the streets, often containing violence and paints a portrait of widespread economic hardship endured by a cities inhabitants. This film is part of an ongoing research project, which looks at the rapid structural changes which Greece is undergoing.

Austerity is not an answer to a systemic problem … nor is violence. Sadly the leadership class does not seem to understand that the modern money profit laissez faire capitalist market economy cannot work in a global economy with high productivity, huge worker pool, huge surpluses but many needs not satisfied. The modern money profit economic system has become dysfunctional, but high productivity because of amazing science and technology is possible if better decisions get made. This cannot happen unless very different metrics of performance are being used with valuadd for society being as important as money profit for people and organizations. A system where all the benefit of productivity gains goes to an investor and executive/investor class is dangerously unsustainable. TrueValueMetrics is an initiative to reform business and economic metrics