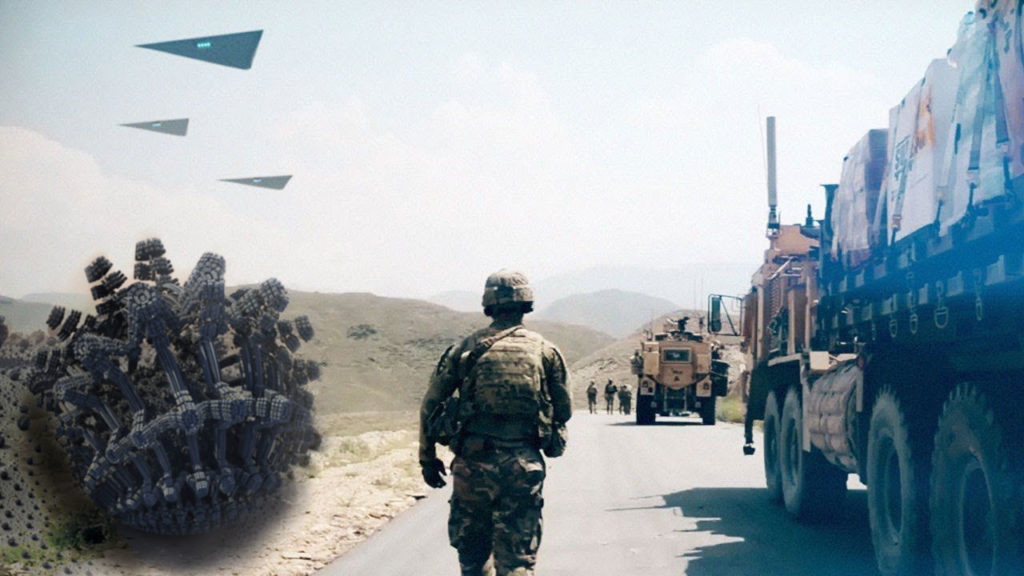 In October of this year, the US Army made public its collaboration with TTSA. Now, the government will grant a budget of $ 750,000 to the project.

To The Stars Academy -TTSA-, the UFO organization of Tom DeLonge, the former drummer of the punk pop band Blink 182, is on everyone’s lips due to the extraterrestrial material he claimed to possess.

However, although many people accused them as simple charlatans, last month, the United States Army announced its collaboration with the organization, surprising everyone.

After this news, many experts expressed that what the organization possessed was nothing more than meteorite samples. Quickly, TTSA proved that it was not.

DeLonge himself and Jeffrey L. Langhout, director of the CCDC Ground Vehicle Systems Center of the US Army, signed an agreement to study metamaterials to develop the country’s technology.

Those who even made fun of DeLonge and his obsession with aliens remained with their mouths open to this fact. And to make the matter more “interesting,” the signed agreement was leaked through Black Vault.

The collaboration agreement between the Army and TTSA

Although the document does not reveal exactly the origin of the materials or what kind of technology they have acquired To The Stars Academy, we already have the statements of Luis Elizondo.

He was once director of the Pentagon’s secret project for the study of UFOs  and told different media outlets that, indeed, these materials came from beyond our Solar System.

The contract also reveals that all extraterrestrial materials will be analyzed at government facilities and that its purpose is to apply it for the defense of the country.

For this, the management has allocated an initial budget of $ 750,000 only to the study of extraterrestrial technology.

Among the requests of the government is to reduce the inertial mass, the mechanical metamaterials, guides of propulsion of transmitted energy, among others.

In addition, it ensures that after the completion of the study, the government undertakes to return the materials to the organization. Something that had not been said in the past.

In fact, different internet portals stated that the government strictly requested to keep them in their possession for “security reasons.”

It was also leaked that several of the materials are about mysterious rocks that a soldier found after the Roswell incident.

The soldier kept the rocks hidden from all his superiors and, according to Elizondo, this material has not been found on Earth, so they were not created in this world.

To this is added a series of unique characteristics that coincide with the testimonies of the witnesses of the controversial event.

Among them are antigravitational properties. A material that, he says, was an obsession of Adolf Hitler during his Nazi regime.

There seem to be many coincidences to be another simple conspiracy theory, but it is also strange how publicly they have gone. However, it is prudent to continue waiting and see how the investigation proceeds. What’s your opinion about it?

Do you think that the allocation of a budget ends up convincing skeptics that it is really extraterrestrial material? Or will it be simple “marketing”?