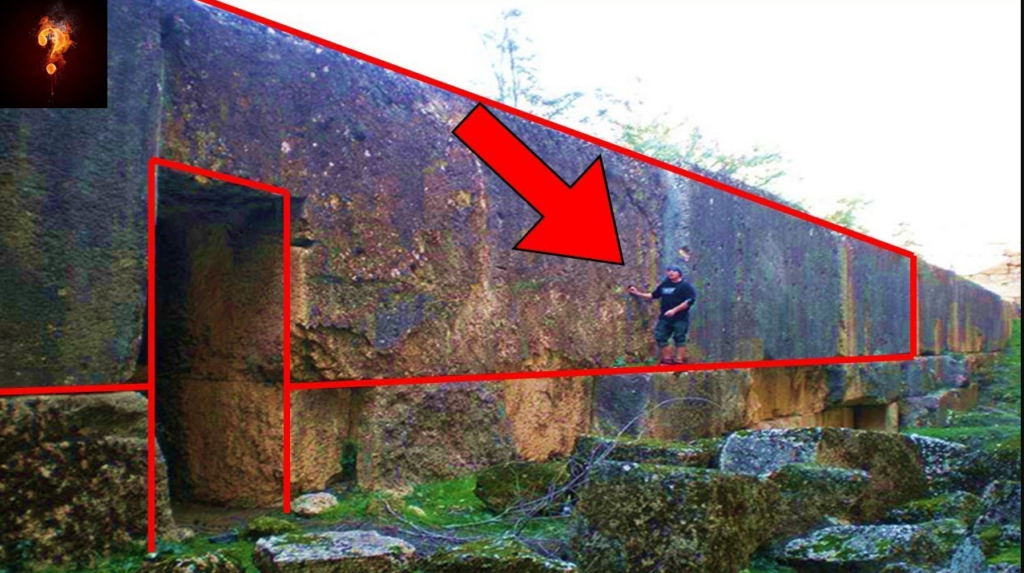 We recently shared some compelling evidence, suggesting that a number of megalithic sites, dotted all around the world, are far older than the civilisations claimed as the builders.

It seems that as modern academia has gained a stranglehold upon the education of mankind, it has wilfully ignored, and in some cases suppressed, the truth regarding many unexplained ancient ruins found all over Earth…

The pregnant woman of Baalbek for example, a megalithic stone many attribute as the largest ever “man- moved” stone, and although many stones slightly lighter, can be found effortlessly placed within ancient structures everywhere…
Academia stresses that it couldn’t be moved any further.

The same can be seen with Yangshan quarry in china, home to the largest known cut megalith in the world. Again, academia suggests that this stone was abandoned due to its size. Completely ignoring the enigmatic notches, indicating that the entire shape off these enormous rocks, had actually been carved prior to their attempted liberation from the bedrock, they insist that it was abandoned suddenly not due to unknown circumstances, but due to them not able to move them…

And although the ancient Egyptians, and better known, seagoing romans themselves, claimed ownership to many of these perplexing structures, often adjourned with impossible architecture, and clearly displaying a severe level of erosion,,, there are some sites coming to light, which have seemingly been left to the eons, never again being claimed as another’s work.

Deep within the southern wildernesses of Siberia, lies the mountain of Shoria. Rarely visited by humans, and even less frequently studied, this remote mountain however, was a few year ago, discovered to be the home of something astonishing…

Now known as the Gornaya Shoria Megaliths, their truly astonishing enormity, has made it hard for certain fields of study to even give this place a second glance, and although some of the structure now revealed to the world through photographs, clearly shows that these remarkable stone walls have indeed an artificial origin… The few funded individuals who have looked at the site, have still somehow had the audacity to claim that it is nothing more than a geological formation…

Made with stone blocks many times larger than the stone of the pregnant woman, and with them reaching high up into the heavens far above the tree lines, one has to wonder, who could have built this cyclopean wall?
When did they build it?
How did they build it?
Where did such enormous stones come from?
With such enormous structural blocks, it is no surprise that this mind-boggling structure, has survived the tests of time.

Was this enormous structure built when the climates of Siberia were much milder?
It is important to note, if as we have suggested many times, an ancient, advanced, stone-working civilisation, once thrived here on earth, many, many years ago… Many of their smaller stone structures would have slowly eroded away, until now appearing to be nothing more than geological. An convenient circumstance for funded geologists, yet not a viable explanation for a site made from 4,000 plus ton, granite blocks, thus, exceptionally resilient to the elements.

A remarkable location, one which needs serious archaeological explorations in search of remains, so we may one day ascertain the true builders of this amazing place.