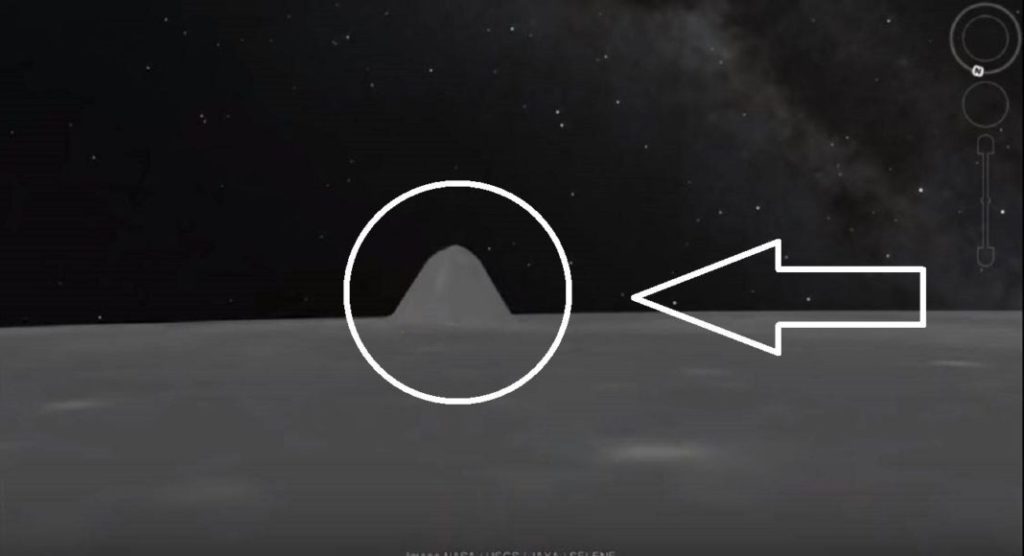 According to some UFO hunters and conspiracy theorists, there is a strange pyramid structure located on the surface of the Moon, and it could be the latest evidence of alien structures found in Google Moon. 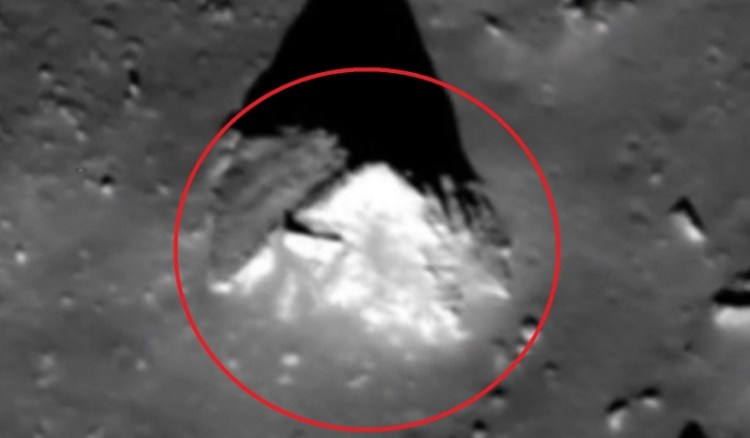 For decades, humans have speculated that we may not be the only species in the universe. This idea has become quite popular lately as millions of people around the world seemed more convinced than ever that humans have been visited for decades by beings, not Earth. Some even claim that these interstellar visitors have even visited the moon, where they built extremely advanced alien bases.

The strangely shaped lunar formation was discovered by Argentine UFO hunter Marcelo Irazusta as he was scouring the Google Earth moon visualisation software trying to find something out of place. Little did he know that he would actually find something that, in fact, seems out of place. According to Irazusta, one of the many UFO hunters who track the Google App in search of alien evidence, there is a structure on the surface of the Moon that It is huge, it extends about two hundred meters into space.

Irazusta, who uploaded his discovery through a YouTube video, believes that the strange lunar formation is not a natural result. The people who rushed to see his video seemed to agree with him, as innumerable commentators called NASA to cover up extraterrestrial life and alien structures on the Moon. Obviously, like all videos related to aliens, the skeptics also gave their opinion about the strange structure saying that it is not a pyramid, it is not evidence of extraterrestrials, it is just a problem of rendering. For those who want to see the alleged pyramid for themselves, the coordinates to find the structure in Google Moon are: 20 ° 48’45.54 “N 25 ° 59’50.89” W.

And while many still believe that the discovery made by Irazusta is another important piece of evidence for extraterrestrial structures, the truth is that, although interesting, the video itself does not prove anything at all. As far as we know, the supposed structure may simply be a natural formation like a hill, or, as the skeptics have suggested, simply an error in the rendering process. Having said that, it does not mean there are no strange things on the moon.

As we have already written in other articles, a series of strange discoveries have been made on the moon. For example, in 1970, two Russian scientists, Mikhail Vasin and Alexander Shcherbakov published an article in the Soviet magazine Sputnik entitled “Is the Moon the creation of alien intelligence?” The theory proposed by the two experts offers arguments that would explain the innumerable enigmas that surround the moon and its creation.

His scientific article raised many questions about the moon and its formation that no other scientist at that time dared to ask. After all, the mainstream experts were convinced that Earthlings were the only intelligent species in the universe. Although his study received strong criticism, the two Russian scientists made their point when writing about the moon and its innumerable mysteries.