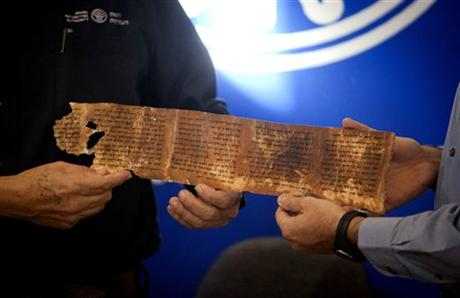 More than six decades since the discovery of the Dead Sea Scrolls and thousands of years after they were written Israel on Tuesday put 5,000 images of the ancient biblical artifacts online in a partnership with Google.
The digital library contains the Book of Deuteronomy, which includes the second listing of the Ten Commandments, and a portion of the first chapter of the Book of Genesis, dated to the first century B.C.
Israeli officials said this is part of an attempt by the custodians of the celebrated manuscripts often criticized for allowing them to be monopolized by small circles of scholars to make them broadly available.
Go here to browse the scrolls: http://www.deadseascrolls.org.il